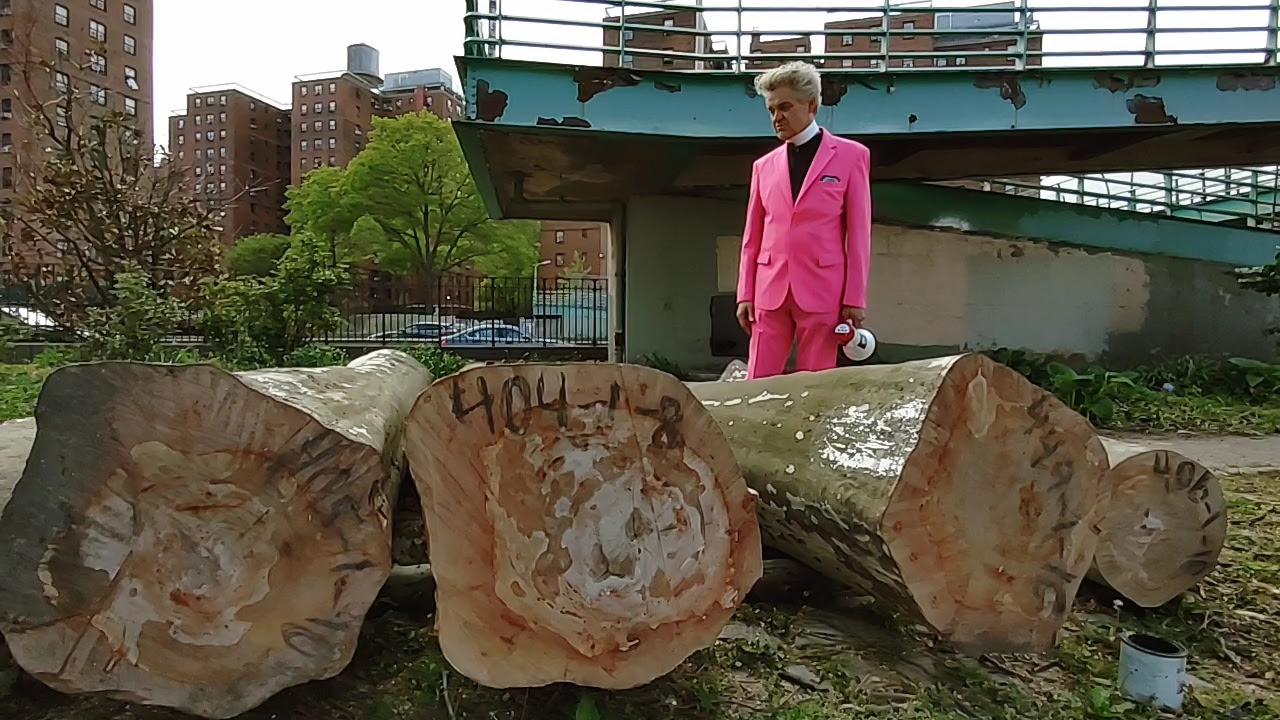 Earth Church gets back to the grassroots

BY LINCOLN ANDERSON | So a realtor and a radical performance-artist preacher meet at a Downtown venue… .

It sounds like the start of a joke. But the Earth Church — like the current state of the Earth and, more locally, East River Park — is no joke.

A former East Village bank space, at the northeast corner of Avenue C and E. Third Street, is now home to weekly performances of Reverend Billy and his Stop Shopping Choir.

Bob Perl, the president of the local Tower Brokerage, is currently making the space available to Reverend Billy, real name Bill Talen. The performance-artist-style preacher — who models himself after over-the-top televangelists — mixes humor, music and manic energy with serious messages about environmentalism and anticonsumerism.

“I think that Reverend Billy and the Church of Stop Shopping are doing incredibly important work,” Perl said, “allowing for a space where people can have conversations about many difficult and painful subjects in an accessible way.” In short, he said, the “sermons” and shows “just bring a different sense of commitment to a very difficult subject.”

A fan of Talen, Perl said, “He’s really grown from ‘stop shopping’ to  becoming a real environmentalist. He’s sort of a court jester of the movement who allows for people to stay focused and join the movement, where they otherwise might find it depressing.”

Talen said Perl had seen their performances and reached out to him after he and his choir lost their rehearsal space.

“Well, we’ve been fighting gentrification in the Village for 20 years, but he came to our show at Joe’s Pub and the Soto Clemente [Clemente Soto Velez Cultural and Education Center] one, too, and he gets our strange church,” Talen told The Village Sun. “He asked if there was something he could do.

“As it happens, we lost our home at 388 Atlantic Ave., in Brooklyn, we didn’t know where we would rehearse. I always wanted to preach every week, that rhythm of gathering. Now we’re 10 Sundays into our experiment at the empty bank branch at Third and C, and it’s a revelation. Savitri leads Occupy-like conversations and the choir starts improvising songs on a dime. With the clear-cutting of our park a stone’s throw away, we sing our way over the F.D.R. down to the trees. If they jail us for slowing down the chain saws, well the 7th Precinct jail is on Pitt Street, which becomes Avenue C at Houston, so we can just walk uptown to our radical Earth Church, very convenient! Earthalujah!”

This Sunday at 5 p.m. at the Earth Church, Reverend Billy, who champions small businesses, will canonize Jim Drougas, the longtime Greenwich Village bookseller, who must vacate his store of 31 years on Carmine Street at the end of this month. Drougas couldn’t reach terms with his new landlords, who are asking $10,500-a-month rent, with 10 months’ rent, or $63,000, upfront.

On the issue of East River Park, Perl actually does not exactly see eye to eye with Talen. As part of the contentious East Side Coastal Resiliency megaproject, the city has already demolished most of the park, having left only the ball fields, running track and waterfront esplanade at the park’s northern end.

“I’m not entirley with him on that,” Perl said of E.S.C.R. “There’s nothing we can do to stop the project, and I don’t know if the other alternatives would work. Rising tides and global warming are going to cause hundreds of millions to lose their homes. We’re just lucky to live in a place where there’s the money to address it. People in places like Bangladesh and the Seychelles won’t be so lucky.”

For now, Reverend Billy and his choir are staying above water at the Earth Church.

“Our understanding is that, yes, when it is rented we will move,” Talen said of the storefront space. “But we will maintain the Earth Church in the Village on a pop-up basis, as a place for music and excitement for Earth defenders…  . Amen?”