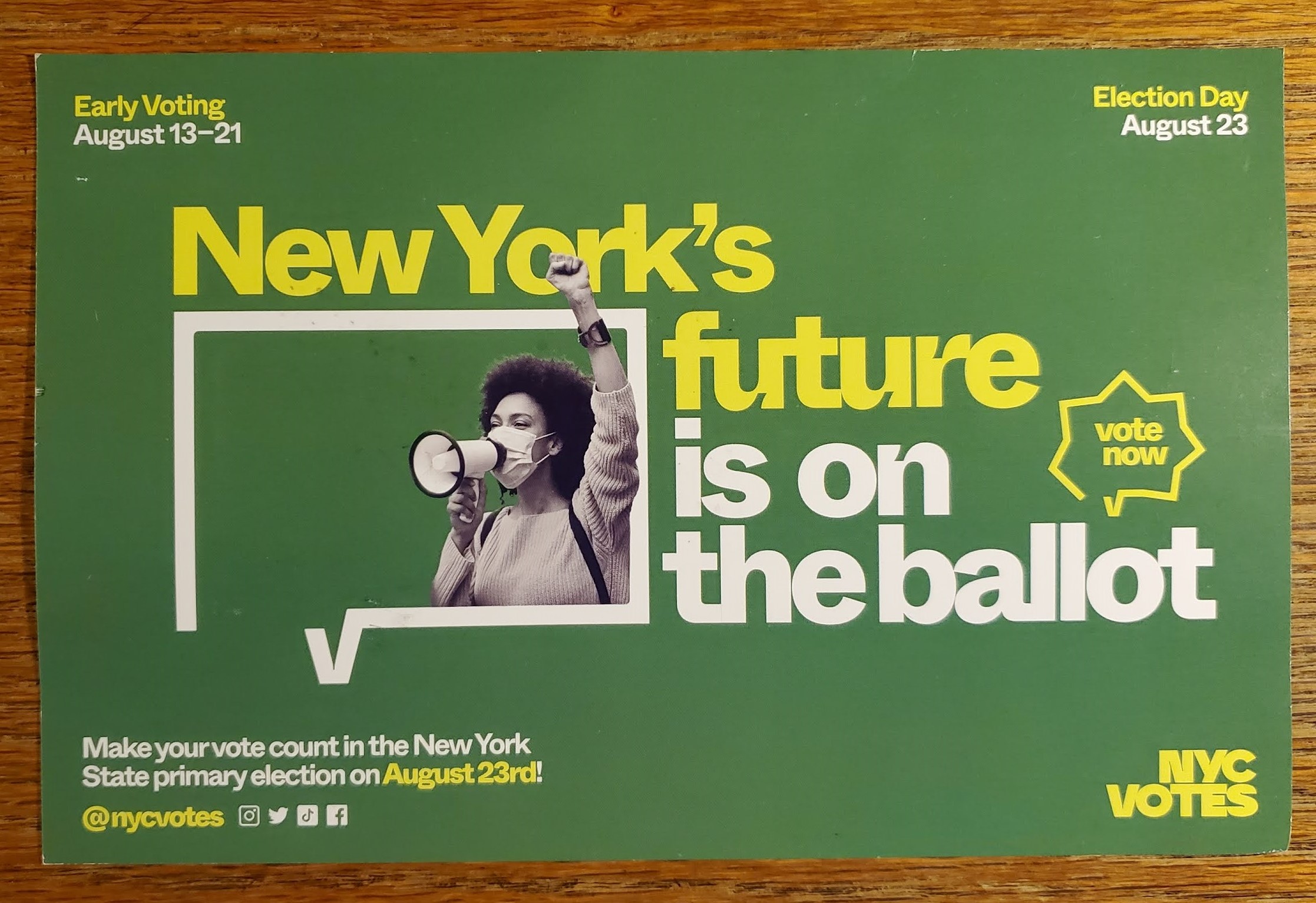 The wait is almost over. …

People can start casting their ballots next weekend in the primary elections for Congress and state Senate. Some have already started voting by absentee ballot.

The deadline for absentee ballot requests is Aug. 8.

Primaries for Congress and state Senate in New York State were pushed back from June 28 to Aug. 23 after a state court ruled that the Albany-led redistricting process that had just been completed needed to be redone.

For information on the candidates and more about voting, visit nycvotes.org.