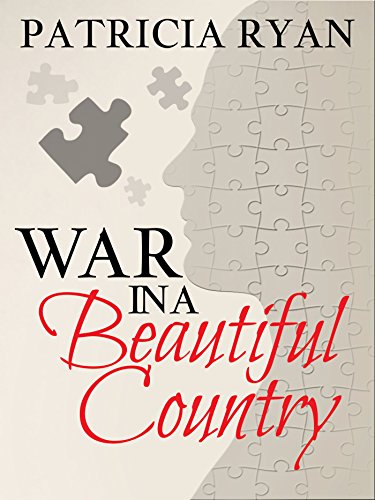 "War in a Beautiful Country" is a quirky murder mystery that also delves into larger themes about life.

BY TED C. FRANKEN | “Because death is unknown, life becomes the puzzle.” That’s the theme of the E-novel “War In A Beautiful Country,” by longtime Downtown resident Patricia Ryan, author, poet and playwright.

The novel follows an ordinary woman who under-appreciates her life, until she suddenly becomes the target of mysterious and random death threats. “War In A Beautiful Country” deals with her struggle through emotional loss and artistic disappointment under the ominous shadow of fear.

On her journey through love, marriage, infidelity and the doubts of whether a life’s work has any meaning, she is joined by a young lover, an ex-husband, a disabled twin sister and two odd detectives.

Critics have called the book, “The meaning of life as a quirky murder mystery” and “witty.” Indie Reader reviewed it as “lyrical.”

“I wrote the novel before the pandemic, but its message — that unless confronted by death, we usually don’t pay enough attention to life — still seems to apply,” Ryan told The Village Sun.

Ryan lives in the South Street Seaport area and is an active participant in local affairs. She is a volunteer with Friends of DeLury Square Park, as well as a member of the Seaport Coalition, fighting the Howard Hughes Corporation’s plans for a disproportionately large tower at 250 Water St. in the Seaport Historic District.

“It’s déjà vu all over again,” she said, referring to her participation in the first significant struggle, in the late ’70s, opposing the Milstein Brothers, the original developers in the area, which led to the site’s current low zoning.

Ryan has a special interest in preserving the area’s historic nature. Her roots in the maritime world go back to when she covered shipping news for the New York Herald Tribune.

“I always got a thrill when I passed the Ambrose Lightship moored at the Seaport,” she said. “As a reporter, I had contact with this vessel almost every day when she was out in the Atlantic, keeping track of ships entering and leaving the harbor.”

During her subsequent career in public information for international companies in trade, transportation and travel, Ryan simultaneously worked in the Downtown avant-garde theater scene, where several of her plays were produced.

“Even I don’t understand them now,” she said.

Her E-novel “War In A Beautiful Country” is free and can be found on Nook, Itunes and Smashwords, as well as Kindle, where it sells for 99 cents.

Ryan’s other E-books are also available: “Living With The Brooklyn Bridge”; “Skylark,” a contemporary romance based on her years in Rome, Italy; and “Changes of Heart,” five short stories of change for better or worse.

To receive a free E-book copy of “War in a Beautiful Country,” click here.