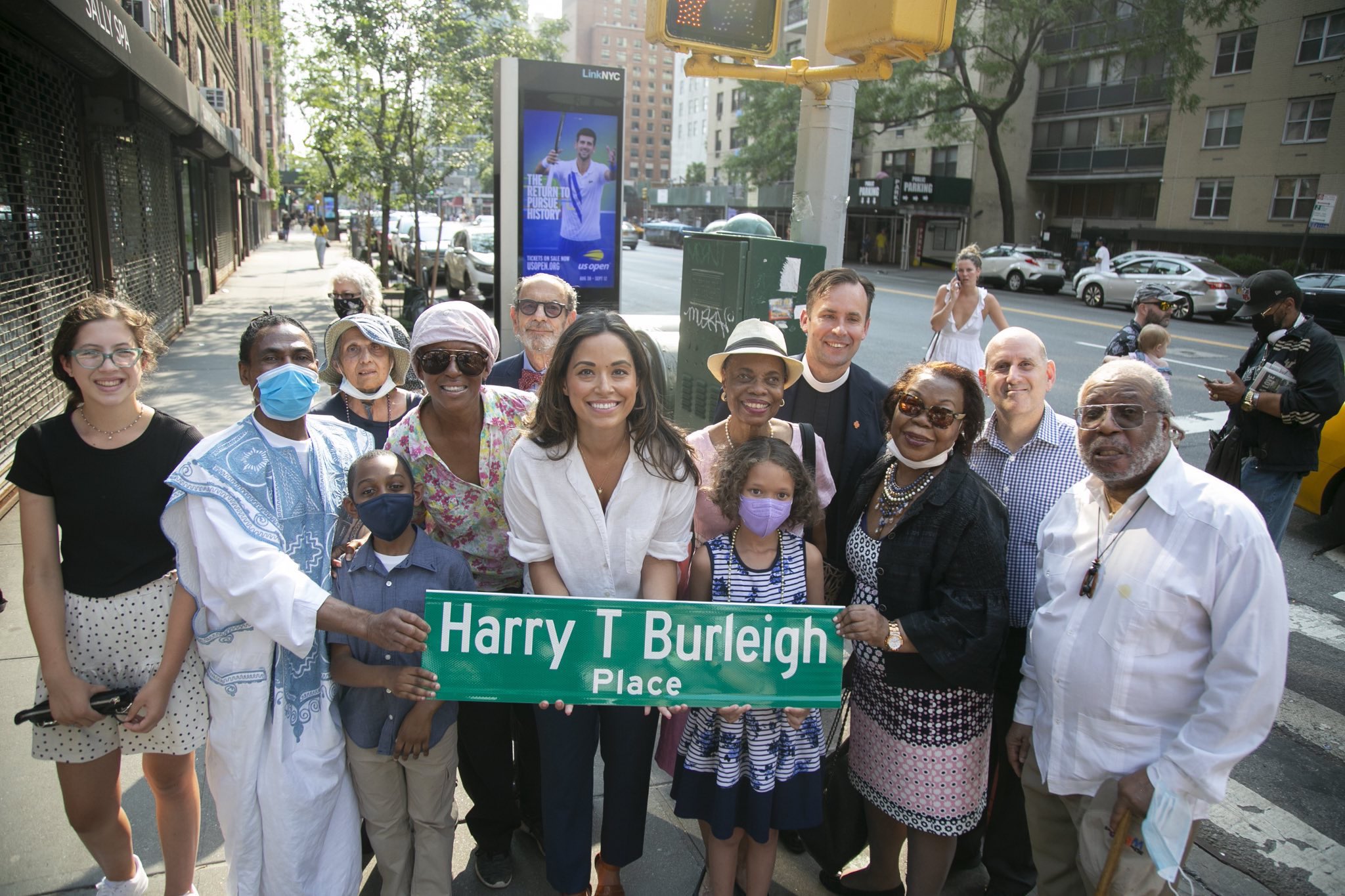 Local politicians and clergy members joined in the unveiling of a new street sign on a corner of Gramercy on Sunday co-naming it Harry T. Burleigh Place.

On hand to help do the honors were Councilmember Carlina Rivera, Assemblymember Harvey Epstein and state Senator Liz Krueger.

Harry Thacker Burleigh was the first African-American composer to win acclaim for his adaptation of African-American spirituals, arranging them in a more classical form. He composed more than 200 works.

The beloved Harry T. Burleigh was the first African American composer acclaimed for his songs and adaptations of African American spirituals. Incredibly grateful to have been with our Gramercy community today, on the anniversary of his passing, to honor E 16th St with his name. pic.twitter.com/uzzzfbSyw1

The street sign is at E. 16th St. and Third Ave., not far from St. George’s Episcopal Church, where Burleigh, who was also an accomplished baritone singer, performed as the soloist.

Although there was initial resistance from some church members because he was black, Burleigh held onto the position for 50 years, winning over the church members with his talent.

The sign was unveiled on the 72nd anniversary of Burleigh’s passing.