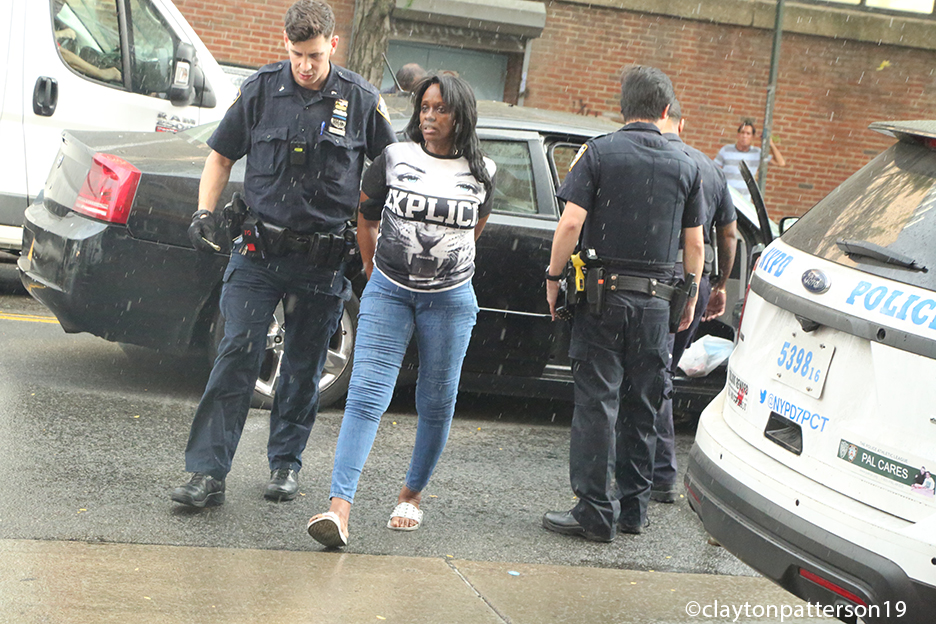 BY THE VILLAGE SUN | Police made an arrest in an altercation between a car driver and a deliveryman on a scooter on Essex St., near Stanton St.

According to a witness, the driver apparently cut off the scooter rider — or so he felt. As tempers flared, heated words and curses were exchanged.

Things turned physical, and the woman reportedly threw a hammer at the guy. Alarmed over the fight, someone called the cops. Seventh Precinct officers were quickly on the scene and both individuals were arrested.

One witness observed that the woman’s shirt probably did not help her in avoiding arrest.