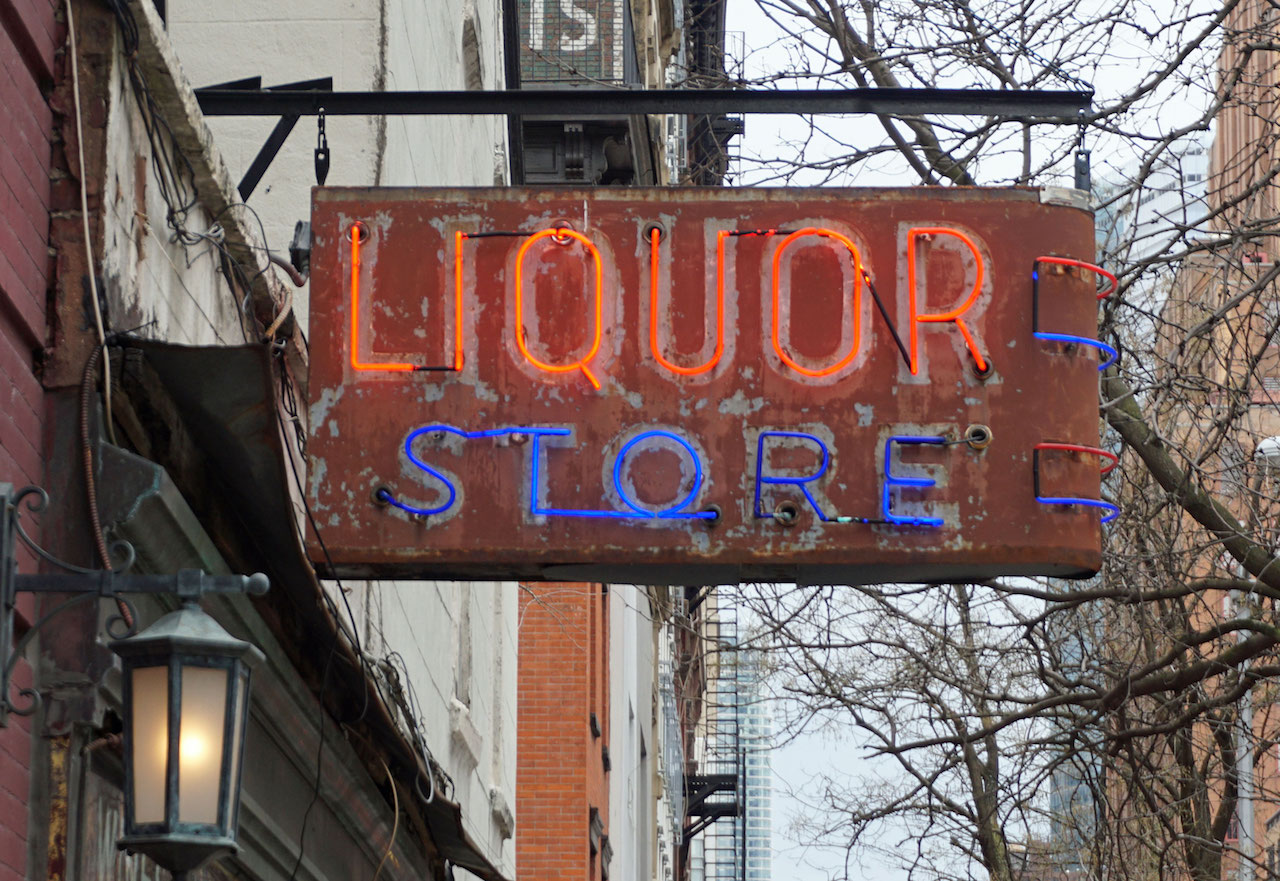 The earliest such “ghost signs” are faded ads on walls, but the artifacts include signs manufactured from steel or wood, lit by neon or etched in stone. Clues to New Yorkers’ jobs, schools, places of worship, cafes and concert halls are hidden in the signs.

The collection offers an important and timely look at New York City’s rich economic and social fabric, especially today, when long-established businesses are rapidly being priced out of their neighborhoods.

Esther Crain, author of “The Gilded Age in New York, 1870-1910” and founder of Ephemeral New York, gave the book a glowing review.

“‘Ghost Signs’ is a thrilling visual tour of the iconic 19th- and early 20th-century signs hiding in plain sight above New York’s doorways, underfoot on sidewalks, and on building facades,” Crain wrote. “Mastropolo brings these signs out of the shadows and provides historical context that will charm and fascinate anyone interested in peeling back the layers of the contemporary city.”

Mastropolo shared with The Village Sun two ghost signs that are in the book, plus two more that he recently found.

One of them is the Hecht Liquors sign at 235 W. Broadway, at White St. Hecht Liquors thrived for almost 50 years in a historic 1809 two-story house in Tribeca. As the neighborhood became more upscale in the 1990s, the Hecht family, which owned the building, closed the shop. Hecht’s signage has remained as the space has been used for a bar and retail stores.

Another is the Hygrade’s All-Beef Frankfurters ghost sign, at 281 Sixth Ave., between Carmine and Downing Sts., overlooking the Sir Winston Churchill Square garden and sitting area. The hot dog brand dates to 1914. Hygrade was founded by Samuel Slotkin, a Russian immigrant who was one of the first to produce packaged meats for consumers.

Sharp-eyed diners on their way into Giorgione Italian restaurant, at 307 Spring St., between Greenwich and Renwick Sts., which recently closed, could spot the old sign for Seaman Lowerre’s Son & Co. below the awning. This had been the location of Seaman Lowerre, a hardware shop in the 1800s. Its 1845 ad in the New York Herald offered “builders’ hardware”: locks, braces, screws and rivets.”

At 154 Stanton St., at Sufflolk St., you’ll find the ghost sign of Louis Zuflacht Smart Clothes. Louis Zuflacht operated his tailor shop and haberdashery for decades on the Lower East Side; its sign reportedly was erected in 1942. In 2014 its signage was covered and used as the exterior of Abe’s Antiques for the short-lived ABC show “Forever.”