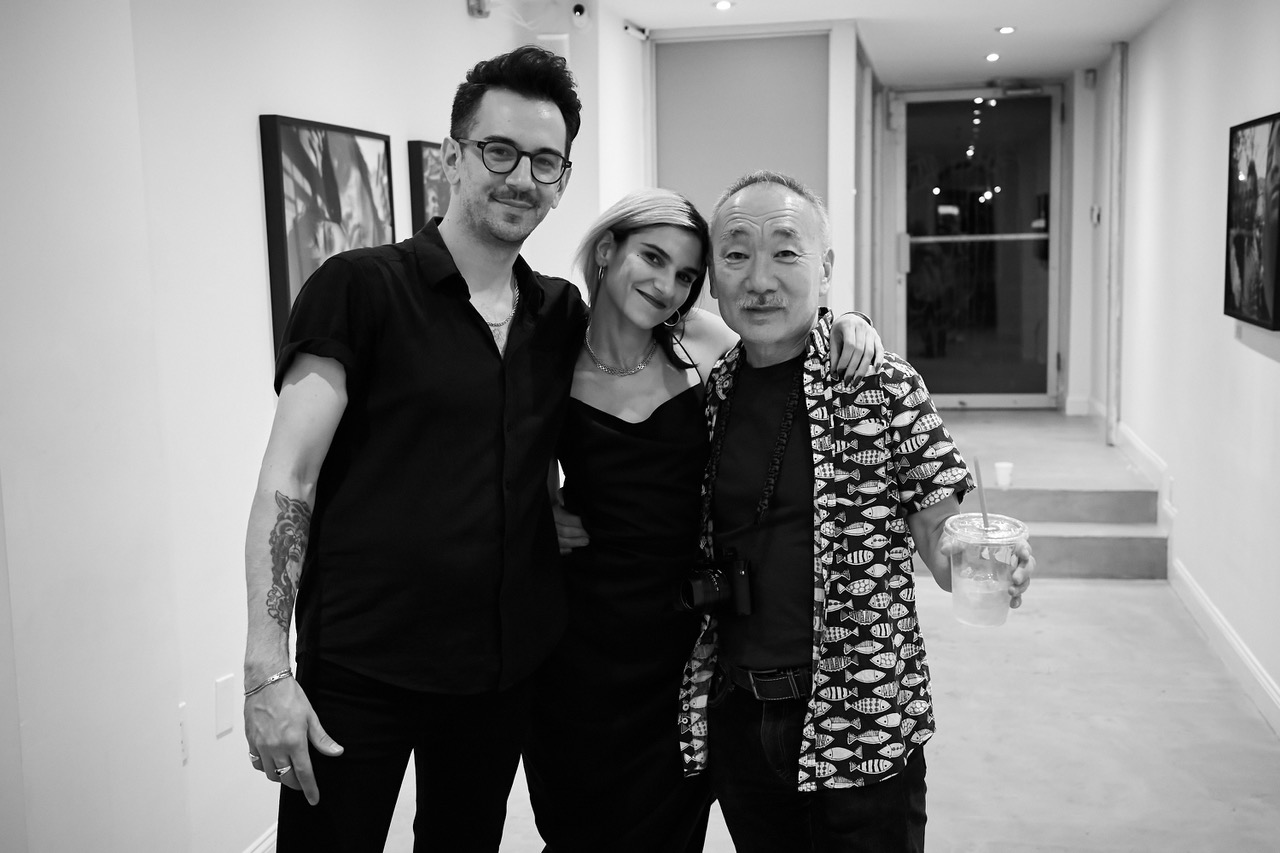 BY THE VILLAGE SUN | Spanning from the Tompkins Square Park riots of the 1980s to hip fashion and portrait photography of today, a current group exhibit on the Lower East Side brings together the work of three talented Downtown photographers.

The opening in early September drew an ultra-hip crowd. In keeping with the show’s spirit, Brosh and Sakamaki snapped black-and-white images of the event. Clayton Patterson, the Lower East Side documentary photographer, was on hand to shoot some in color, too.

Brosh, who also curated the exhibit, is a Tel Aviv native who is known for her signature half black/half blonde hairstyle. Self-taught, she has been photographing since she was 14. She specializes in fashion, celebrity and documentary photography.

Giannavola, who previously worked as part of Annie Leibovitz’s in-house photography team, does classical portraiture driven by a photojournalistic style.

Sakamaki, who formerly lived in the East Village, is an award-winning photographer who has traveled the globe capturing images of intense combat zones and unique documentary subjects that show us the conditions — often in extreme poverty and hardship — in which others live. He covered the East Village in the 1980s and early ’90s when heated struggles over the Tompkins Square homeless tent city and against the park curfew made the area a de facto conflict zone.

The group exhibit at Colbo is on view through the winter.