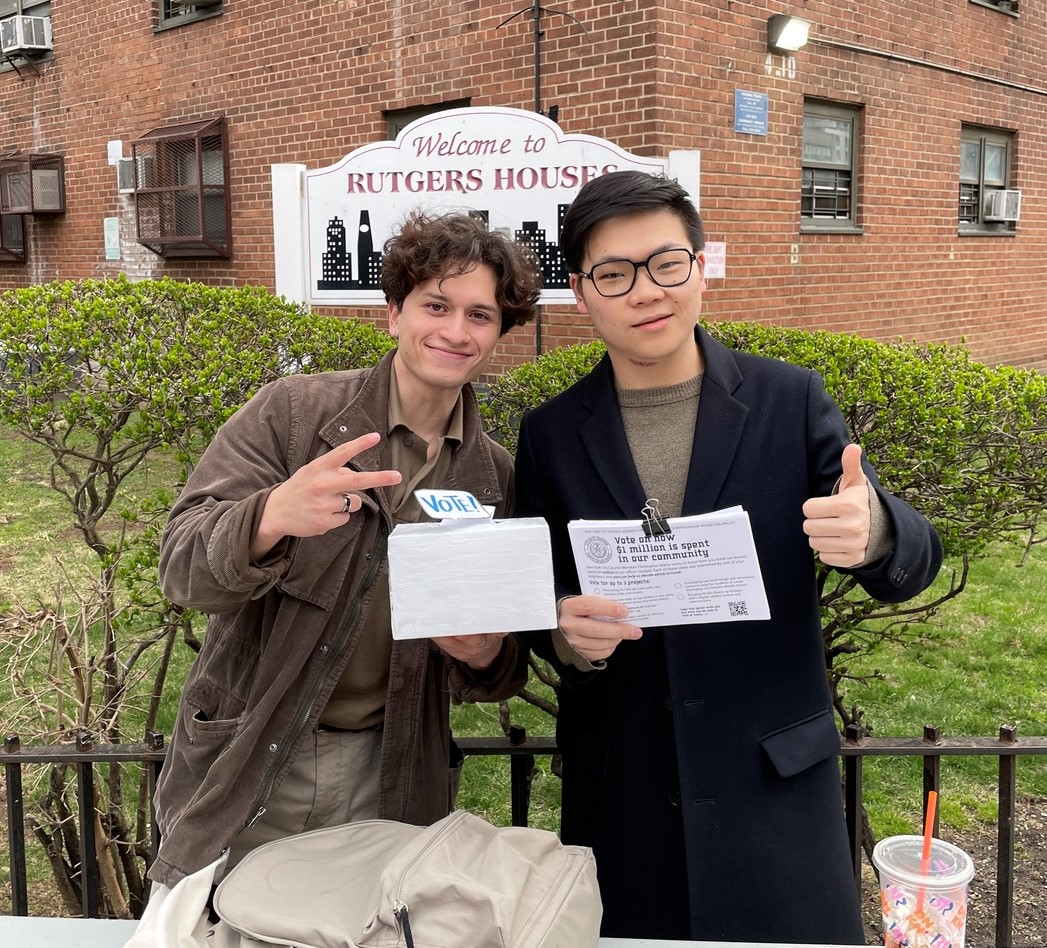 BY DASHIELL ALLEN | It’s the closest New York City gets to direct Democracy.

All residents of Downtown Councilmembers Erik Bottcher and Christopher Marte’s districts can vote this week on which neighborhood projects they believe deserve a total of $1 million in funding — a small fraction of the roughly $67 billion city budget.

“Participatory Budgeting is such a crucial step to making our city more transparent and accountable,” Marte said. “Participatory budgeting allows us to have a more locally driven democracy, letting neighbors actually vote on how their tax dollars get spent, not just which elected gets to spend them. It’s a great opportunity to show people how they can make a difference, and help us achieve some really great projects across our neighborhoods. For years, other Council districts across the city have been able to enjoy the benefits of this program, and I’m excited to finally bring it to District 1.”

Although Carlina Rivera, who represents Council District 2, stretching from the Lower East Side to Kips Bay, has done participatory budgeting before, she is not doing it this current cycle.

Marte’s constituents can select their top three favorite projects out of a total of six, ranging from planting more trees around the community, to updating the library at P.S. 42.

Neighbors in Bottcher’s district can pick up to five projects out of a total of 10, including building a new pedestrian plaza in the Garment District or renovating the Reggie Fitzgerald Triangle at Eighth Avenue and W. Fourth Street.

You can vote online in Bottcher’s district here and Marte’s district here through this Sun., April 10, or in person at a variety of locations. The winning projects will be announced the following week, before the final city budget is announced by July 1.

Here are the full project descriptions:

Would fund the construction of a new public plaza and shared street in the heart of the Garment District (similar to the plaza pictured above by the Flatiron Building).

Would fund the removal and replacement of the existing dog-run surface in the park with a sport surface that is easier on the dogs’ paws.

Would fund the resurfacing of the basketball court in the Chelsea Recreation Center to allow for better play and safer conditions.

Would help fund the installation of new street trees across the district, including information and care tags for each tree.

This project would fund the replacement of a crumbling stone wall around a small garden in the West Village, and would replace it with a low loop fence and additionally install a namesake plaque for Reggie Fitzgerald.

Would fund both upgrades to the stage lighting and the audio/visual capabilities for the P.S. 3 auditorium for school plays, dance performances and other uses.

Would fund the replacement of the current non-working air-conditioning system in the school’s auditorium, which is used by students and faculty for school meetings and by the larger community as a city, state and federal voting site.

Would fund the installation of seven water-bottle refilling stations at the high school, one per each floor of the school, and two more to be installed at the school’s discretion.

Would fund upgrades to technology to all schools in Council District 3. The technology includes computers, smart boards and Chromebooks to help facilitate learning.

Would fund a technology refresh for all libraries in Council District 3, updating computers and other access.

Outdoor voting sites in both District 1 and District 3 will be open dependent on the weather.