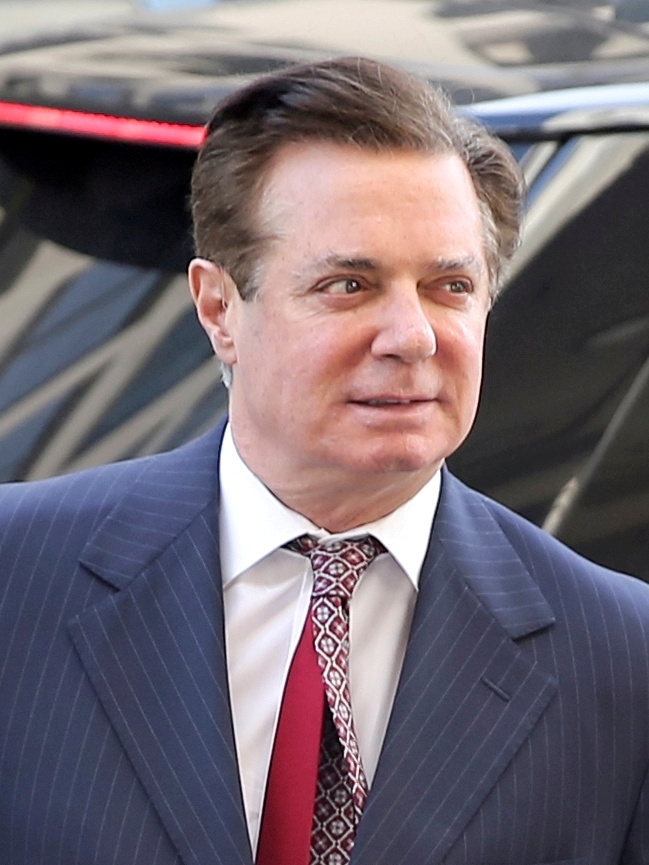 BY MARY REINHOLZ | The well-dressed middle-aged man stands out in his once gritty East Village neighborhood, especially when he wears a pro-Trump button on his lapel to monthly meetings of the Ninth Police Precinct Community Council. “I support my president,” he told this reporter from his front-row seat some months ago, looking up from his laptop.

More recently, he showed up in a tailored suit at the E. Fifth Street stationhouse for the first council meeting of the fall season. He listened intently as Captain John L. O’Connell, the precinct’s commanding officer, touted  reductions in all crime categories, including a 30 percent decline in burglaries alone over the last year.

The meeting, on the precinct’s second floor, was attended by about 75 locals.

Afterward, I asked the dapper attendee, who wouldn’t give his name or his occupation, what he thought about the New York mortgage fraud indictment brought earlier this year by the Manhattan District Attorney’s Office against Paul Manafort, president Trump’s former high-flying campaign chairperson, who once favored elegant duds, like a purported $15,000 ostrich bomber jacket. This was a fashionable item that Manafort could easily afford while working for a decade in Ukraine as a political consultant  for former Russian-backed Ukrainian president Viktor Yanukovych — who was overthrown in 2014 — and doing business deals with Russian billionaire Oleg Deripaska.

Manafort was forced out as Trump’s campaign head in August 2016 after a Ukrainian anti-corruption unit released documents showing that Yanukovych’s Party of Regions had given given Manafort some $12.7 million in cash payments.

The former lawyer and lobbyist, who had once been a partner of convicted “dirty trickster” Roger Stone, became a major figure in the sweeping investigation of Russian interference in the 2016 election led by former Special Counsel Robert Mueller III.

Earlier this year, I noted  to the East Village gent that Manafort had gone through a legal drubbing — tried in two federal courts for financial crimes stemming from the Mueller probe. Manafort is currently garbed in modest prison attire, serving a seven-and-a-half-year combined sentence in a Loretto, Pennsylvania, federal lockup. In addition, he faces a possible 25 years in the slammer, a death sentence, if he’s convicted in New York on all 16 counts of his March 13 grand jury indictment.

The indictment was announced by Manhattan D.A. Cy Vance just moments after Manafort was sentenced for conspiracy to defraud the U.S. and witness tampering in a Washington, D.C., courtroom.

My mention of this third case against the ailing 70-year-old Manafort — who has worked on campaigns for Gerald Ford, Bob Dole and George H.W. Bush and for foreign strongmen like Ferdinand Marcos of the Philippines — brought an impassioned outburst from the sedate, impeccably groomed conservative.

“Manafort has been prosecuted twice before!” he snapped, his voice rising. “This New York case [violates] double jeopardy laws! It violates his constitutional rights!”

He then claimed that Manafort had become the victim of the “New York Democratic legal establishment,” citing a bill promoted by state Attorney General Letitia James and supported by Governor Andrew Cuomo that allows state prosecutors to go after New York defendants who receive presidential pardons for similar federal crimes by closing the so-called “double jeopardy loophole.” The bill passed the New York State Legislature on May 21 by a 90-to-52 vote.

This indignant man is not the only New Yorker troubled by Manafort’s third prosecution. Several liberal-leaning lawyers and media pundits suggested that Vance was kicking Manafort when he is already down, perhaps dangling a long prison sentence to force him to reveal dirt on Trump and to keep him behind bars should the president pardon Manafort for his federal crimes. The president cannot pardon a defendant for state crimes.

Assemblymember Joseph Lentol, a Brooklyn Democrat and former prosecutor who sponsored the aforementioned bill in his chamber, called Manafort’s New York indictment “terrible,” and said the onetime Republican operative “might prevail” on appeal should he stand trial and get convicted.

“A higher court could throw out a conviction on grounds that the New York State Legislature did not pass my bill until after the state [prosecuted Manafort], and it’s not retroactive,” Lentol said in a phone conversation.

On Dec. 18, New York State Supreme Court Judge Maxwell Wylie is expected to rule on arguments presented by both Vance’s prosecutors and by Manafort’s lawyers. The defense has asked Wylie to dismiss the mortgage fraud indictment on grounds that it covers conduct

cited in Manafort’s first federal trial for bank and tax fraud in Eastern Virginia last year, thus violating double jeopardy laws against being charged for the same crimes twice.  The indictment accuses Manafort of engaging in a “yearlong residential mortgage scheme” that allegedly involved falsifying business papers to obtain millions of dollars in bank loans on several properties, including a Soho condo, on Howard St., between 2015 and 2017.

“The factual overlap between the Federal Proceeding and the NY Indictment is extensive — if not total,” Manafort’s lawyers claimed in court papers. “In particular, each of the NY Indictment’s sixteen counts is directly traceable to a handful of loans or loan applications concerning the same three banks (Citizens Bank, FSB and Banc of California) and four properties (the Howard Street, Union Street, Jobs Lane, and Nottingham Avenue Properties) during the same time period (2015-2017) that served as the basis for the Federal Charges.”

In reply, Vance’s office argued on Oct. 9 that New York’s double jeopardy laws do not protect Manafort for the same transactions that put him in federal prison. They noted that his federal trial wound up “hung” (in a mistrial) on some of the charges, and also that New York’s mortgage fraud laws were intended to protect homeowners while federal law was aimed at protecting banks.

Vance’s team from the Major Economic Crimes Bureau insists it’s pursuing “the type of prosecution that New York’s double jeopardy statute explicitly permits: a successive prosecution where the harms caused to New York were not redressed by prior prosecution.”

Todd Blanche, Manafort’s Downtown lawyer, did not return repeated calls to his office about his client, who pled not guilty in his arraignment in June before Judge Wylie.  Danny Frost, a spokesperson for Vance, said the D.A. would not comment.

Vance had already noted in his press release: “We must protect the integrity of our residential mortgage market.”

It was a statement dismissed as laughable by Jonathan Turley, a legal scholar and columnist for The Hill Newspaper in Washington, D.C., who labeled the charges an “ethically challenged prosecution.”

On Dec. 4, Turley was part of a panel of constitutional experts who testified before the House Judiciary Committee on whether President Trump has committed impeachable offenses. Turley said the Dems were rushing things and needed to get subpoenas from court compelling more witnesses to give direct testimony of Trump wrongdoing.

A famed New York criminal defense lawyer, who asked to remain anonymous, observed that Vance’s prosecution against Manafort is “not a typical” case.

“Even the most miserable creep deserves a fair proceeding and [Manafort] is certainly not getting that,” said the liberal counselor. “He’s been sentenced twice and can be pardoned by the president but not in a state case. [Vance] wants to keep the pressure on him. He can deny it all he wants, but that’s the real reason” for the prosecution.

And so it goes for an imprisoned onetime top political advisor caught in the crosshairs of the Russia probe by Mueller and now mentioned in lurid headlines about the Ukrainian scandal that could result in the impeachment of his former boss, Donald Trump.

Lefcourt noted that Manafort was “central” to Mueller’s investigation into Russian efforts to influence the election in coordination with Trump campaign aides. Mueller’s team “wanted Manafort to explain, as head of the Trump campaign, why he gave polling information to an [apparent] Russian intelligence agent,” said Lefcourt. The lawyer was referring to Russian Army veteran Konstatin Kilimnik, who was hired by Manafort to serve as his translator and manager of his consulting business in Kiev and was later indicted for obstruction of justice.

“Manafort wouldn’t talk and he lied [to Mueller’s investigators] and that has caused his problem now,” Lefcourt opined.

As for Vance, the D.A. has been criticized for failing to bring criminal charges against Trump’s elder children, Ivanka and Donald Trump, Jr., for allegedly misleading prospective buyers of units in the former Trump Soho hotel and condo development; and for accepting a $25,000 donation to his own re-election campaign in 2012 by Trump’s personal lawyer Marc Kasowitz.

However, one New York pol seeking Vance’s job said through a spokesperson that he’s just doing what D.A.s do.

“No one is entitled to preferential treatment under the law,” stated Assemblymember Dan Quart, who represents the Upper East Side. A progressive and former Legal Aid lawyer, Quart announced in September that he will run against three-term incumbent Vance in 2021.

“If the evidence the Manhattan district attorney unearthed during his office’s investigation into Paul Manafort indicates a crime has been committed, he’s correct in his decision to pursue charges,” Quart said. “Follow the evidence.”

Vance, 65, a Democrat, was first elected in 2009. He was endorsed by his late predecessor, Robert Morgenthau.