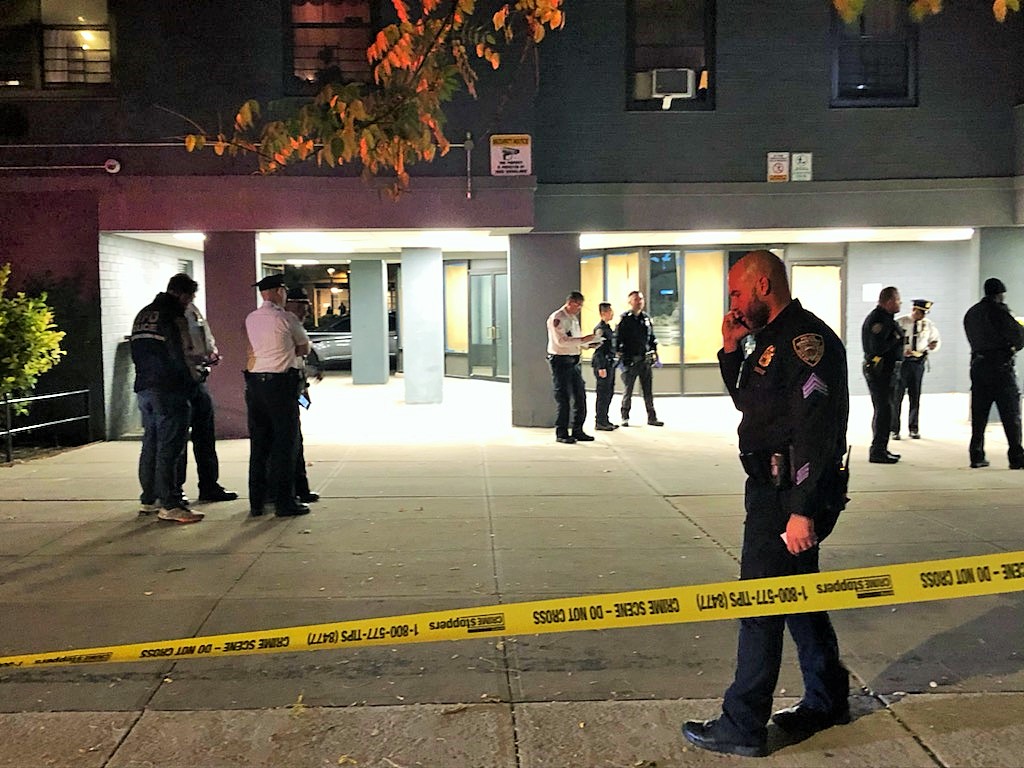 Police cordoned off the crime scene after the Oct. 27 shooting. (Photo by Keith J. Kelly)

BY KEITH J. KELLY | Donations from as far away as Hawaii have been filling up a GoFundMe page set up to pay for the funeral of the 21-year-old man murdered Thursday night in the lobby of the Campos Plaza housing complex.

Jaden Stokes was killed and a second young man, Jordon Morillo 24, was wounded in the shooting as they exited an elevator in the lobby of 635 E. 12th St., a New York City Housing Authority complex in Alphabet City.

“Jaden had just started a new job as a School Youth Mentor,” his brother Dujon Holland wrote on the GoFundMe Page, which had raised nearly $6,000 toward its goal of  $20,000 by Saturday morning. “He received his first pay check on the day he was killed.

“Jaden was taken from this world far too young and we will stop at nothing until we find more answers,” Dujon wrote.

The Go Fund Me page shows a photo of Jaden, one of eight siblings, at the funeral of his mother three years ago.

“My condolences go out to your family. With love from Hawaii,” wrote Warren Calizo, who donated $100.

Police are continuing to search for the gunman, who was dressed in black with red-and-white sneakers, who was seen running west toward Avenue B away from the scene of the shooting near Avenue C and 12th Street.

“There are no arrests and the investigation remains ongoing at this time,” a police spokesperson said on Saturday.