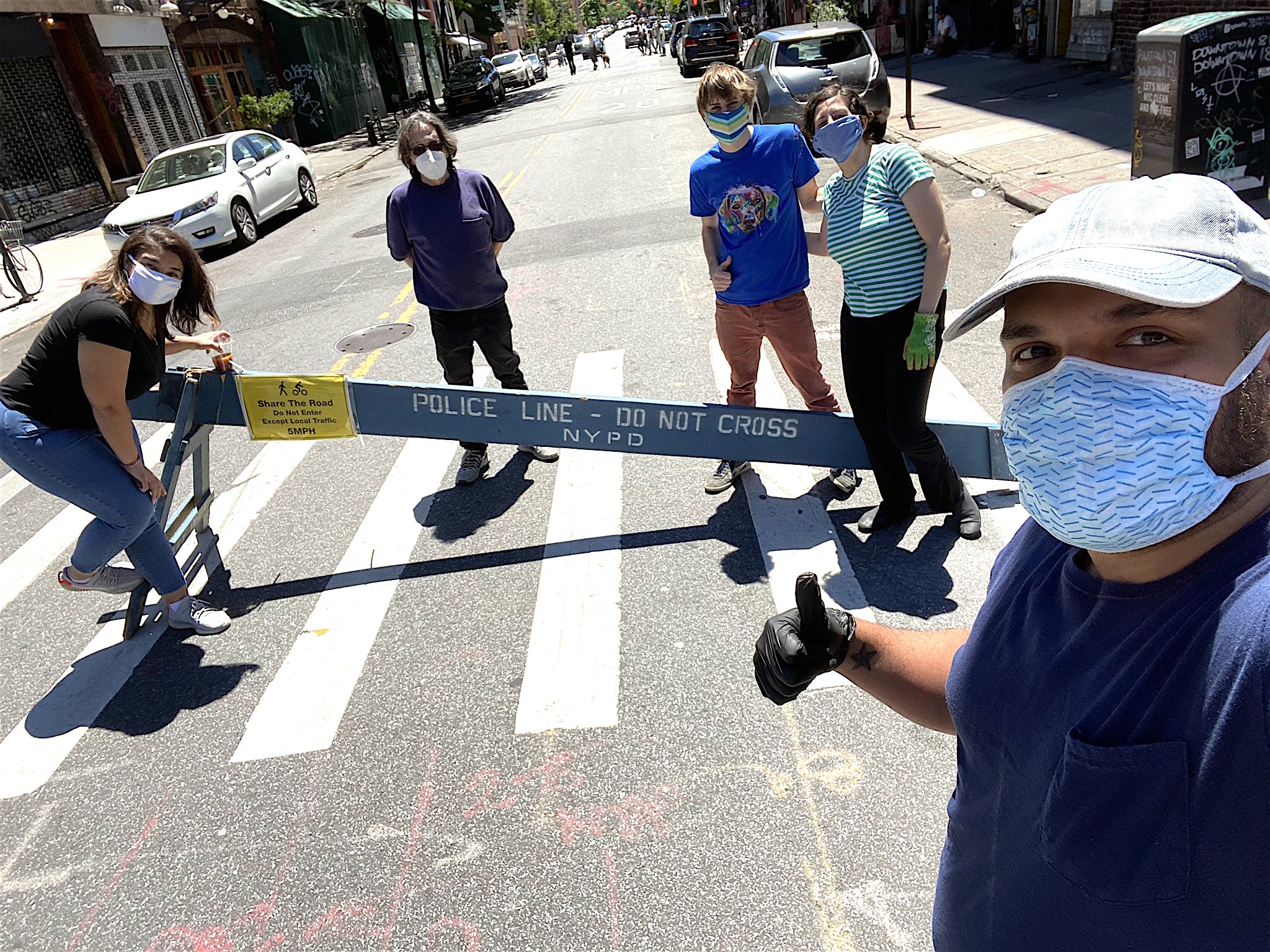 District leaders on the open-street beat

East Village Democratic District Leaders John Blasco and Aura Olavarria have been keeping an eye on the police sawhorses on the Avenue B open street.

Drivers move the barriers so they can get on and off the street, but often don’t put them back in place.

That leaves it up to civic-minded locals like Olavarria and Blasco to make sure the streets are protected for kids and adults using them for social-distancing activity.

The two young district leaders were elected one year ago.

In case you don’t already know, Olavarria is the daughter of activist and former school board member Amy Velez. She worked for former Councilmember Rosie Mendez for six years as an IT specialist/receptionist and community aide. She lives in a Habitat for Humanity homesteader building in the East Village that President Jimmy Carter visited.

Blasco also has a Mendez connection. He worked for the former councilmember for four years as communications director, L.G.B.T. liaison and community aide. Before that, he was an organizer for FIERCE (Fabulous Independent Educated Radicals for Community Empowerment), a group of primarily youth of color active in fighting for their rights in the Village and Hudson River Park. He lives in the Jacob Riis Houses.