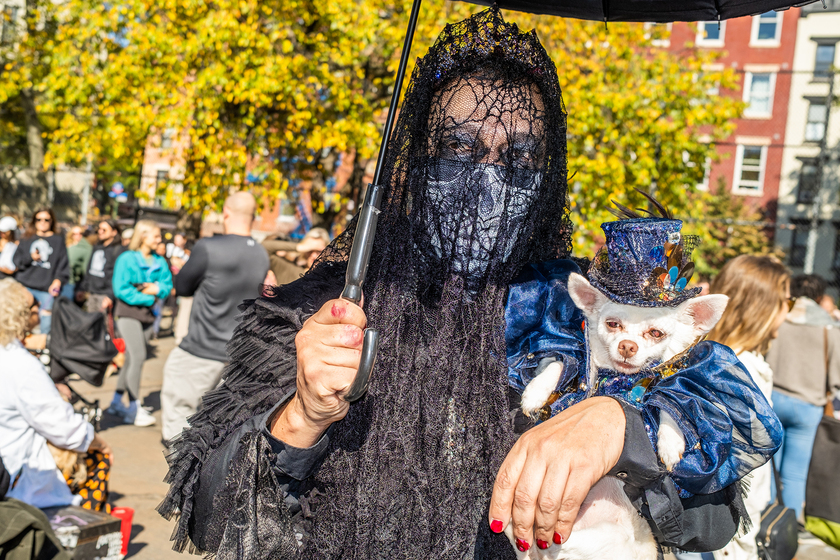 Pooches woof it up at Tompkins Square Halloween Dog Festival

BY THE VILLAGE SUN | It was costumed good times with canines (mostly) at the Tompkins Square Halloween Dog Festival on Sat., Oct. 22.

Pooches — and one skunk! — strutted their stuff at the high-profile annual event.

All the action happened back at the event’s original East Village stomping grounds this year. The East River Park amphitheater — which had turned out to be a great venue for last year’s festival — has been demolished for the contentious East Side Coastal Resiliency project, which has clear-cut East River Park’s southern half.

There were two stages set up in Tompkins Square on opposite sides of the park.

Kimchi, the skunk, was a hit at the dog-apalooza. She was sweet, adorable — and, thankfully, descented.

In other news, Gizzard the Chihuahua found religion this year — complete with his own cross to bear. Last year he came as Hellraiser.

There were, of course, topical costumes, such as one spoofing the F.B.I.’s raid of Trump’s Mar-a-Lago for classified government documents.