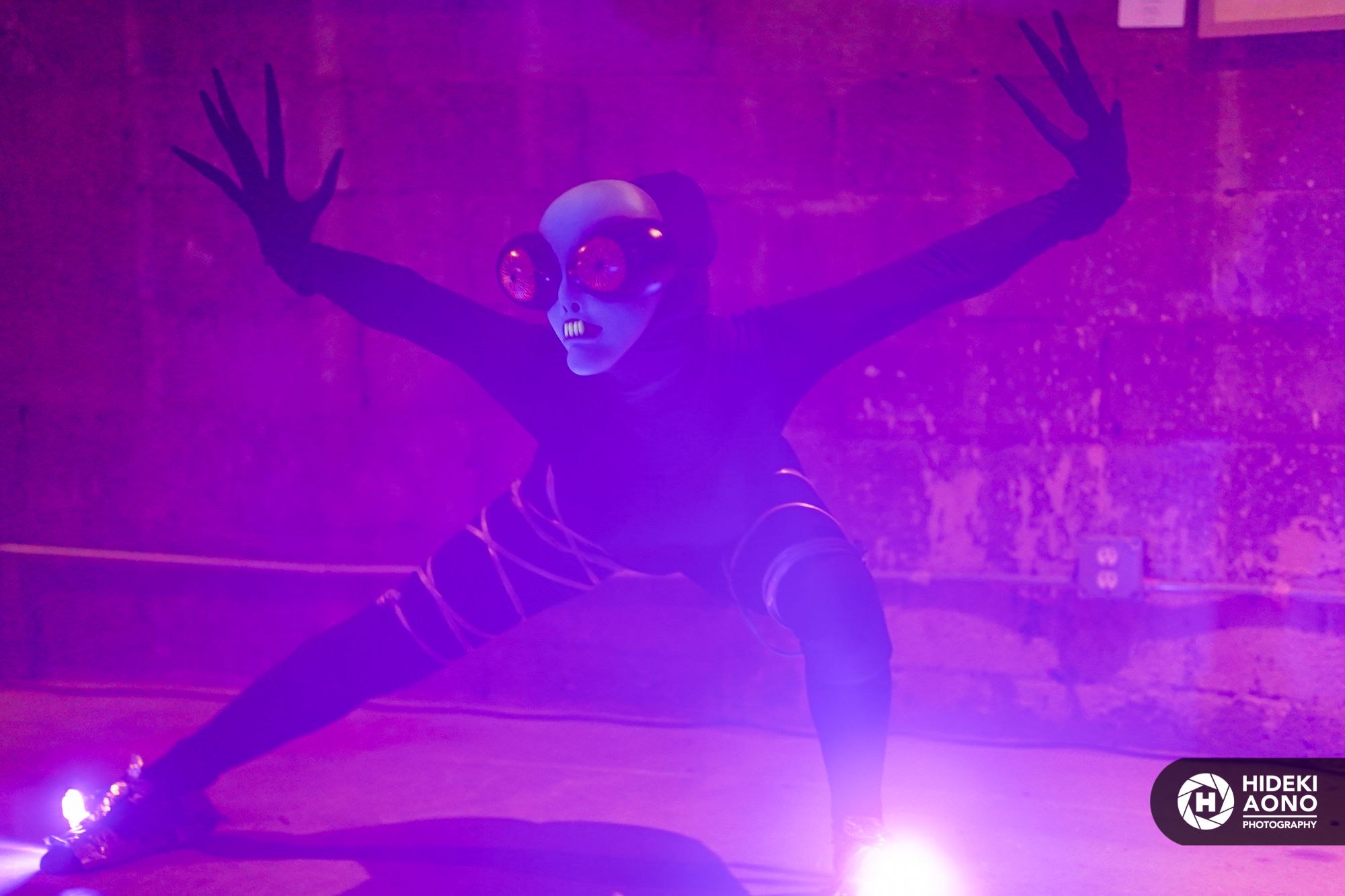 BY STEPHEN DiLAURO | So, the gallerist April Zhang invited me to a pre-Halloween costumed gathering at her Time Arts gallery on Bleecker Street. It was an opening for “City of Unknown,” paintings by the artist Nong Shaohua, which is hanging until Nov. 20. I did not attend as a critic.

I went as Death, but without the scythe. A walk along Sixth Avenue amidst the after-parade detritus would probably yield one, but then why bother? Zhang, the gallerist, was costumed as Frida Kahlo.

My Death costume can be startling. Zhang wanted very much to know who I was. I have a deep booming theatrical laugh for such moments. 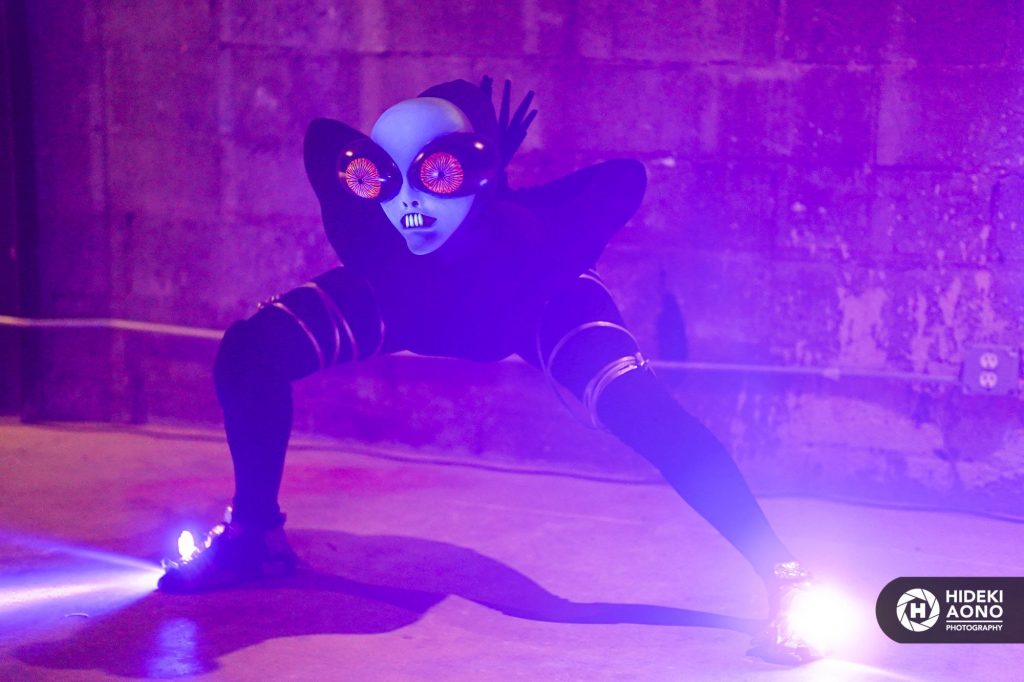 Soon, there was a young comedian/poet reading Halloween-suitable poetry. In a burst of spontaneity, Death escorted him from the center when he finished reading. He went with it and it worked.

This was followed by a Hodo Alien performance and things got pretty cool. Hodo Alien both projects and is bathed in an alien light vibrating somewhere on the violet end of the color spectrum. Hodo Alien looks like an alien. Hodo Alien glows in places and is accompanied by loud disco music. Hodo Alien dominates the space.

Hodo Alien starts to move around the space (space/alien — get it?) and Hodo Alien is lithe and slinky. Then this alien is dancing in front of Death — me — and Death dances with the alien. The brief moment is captured on Hodo Alien’s social media feed.

Hodo Alien and I both unmasked once the lights came up and we introduced ourselves to each other.

“Hodo Alien’s a work in progress,” the alien creator said of her performance character.

She developed the Hodo Alien character at Theater for the New City in the East Village, where she’s been working out her acting chops and polishing her English language skills since her arrival four and a half years ago. The performance artist sees it as a one-hour show, eventually, with other characters and elements.

As an actress, she’s also appeared at 13th Street Repertory and other Off-Broadway and Off-off venues. She trained as a stage actor and dancer in her native Albania. Her given name is Vilma Hodo.

“Even people who know me as Vilma ask, ‘How’s Alien?’”

Friday and Saturday, Hodo Alien will be popping up throughout the day in public places around Manhattan.

Saturday night Hodo Alien is appearing at something called @thestrangernyc, for which an Internet search leads to a weird Web site for a newsstand that appears to have sold an inordinate number of winning Lotto tickets. There’s a sign-up form. Who knows? Maybe it’s a click that leads to that one great New York Halloween weekend memory. Maybe it takes you to the dark side. I have no idea. Explore at your own risk.

Sunday night, Oct. 31, Hodo Alien will be part of the Halloween Parade up Sixth Avenue, then wander over to the free outdoor Theater for the New City Halloween party, outdoors at First Avenue and E. 10th Street, before beaming up to 57th Street for a 2 a.m Madory U.S. gig at 226 E. 54th St. The tariff there is $40.

Hodo Alien has come to Planet Earth with a message, as space travel looms: “We are all nomads in space.” Hodo Alien also has a plan for a transformative augmented reality game that will help change the energy of the universe: “I am energy. Play with me.”

Wait a minute. This is starting to remind me of either a jazz drummer who used to play with me or Mark Zuckerberg. Does it really matter which?