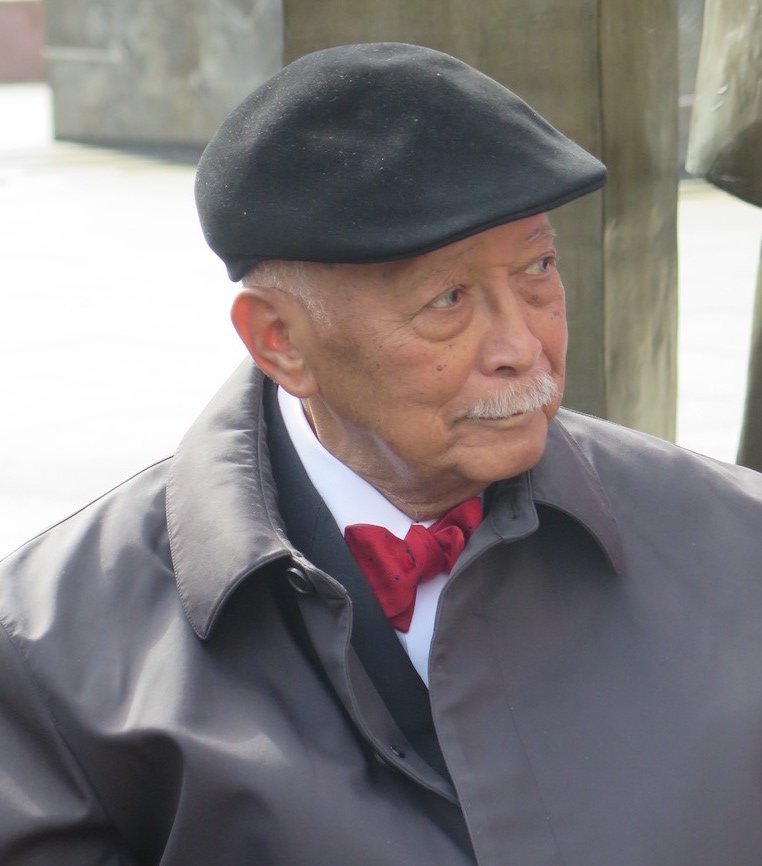 David Dinkins and some monumental moments

Longtime West Villager Jonathan Kuhn shared these photos and remembrances of former Mayor David Dinkins with The Village Sun. Kuhn is the director of Art and Antiquities for the New York City Parks Department, which oversees all the artwork and monuments in the city’s public parks.

Should you be running anything on the recent death of Mayor Dinkins, perhaps you’d find these “monumental” photos I took of him of interest in using.

One is a picture of him at the unveiling of George Segal’s “Gay Liberation” monument in Christopher Park on June 23, 1992. The monument, now a pilgrimage site and turned into a national monument, was controversial at the time, and its installation came amidst the height of the AIDS epidemic and before gay marriage was legalized.

At the event the mayor temporarily lost his characteristic composure when he was harangued by activists seeking stronger domestic partnership laws.

In the photo I took, Mayor Dinkins joins the two women who posed for the seated figures in the monument, Leslie Cohen and Beth Suskin. (Cohen and Suskin later married after federal law legalized gay marriage.)

The other two pictures I took of the late mayor are from an event held at the Frederick Douglass Memorial [at Central Park West and 110th St.] on Feb. 14, 2018, to commemorate the bicentennial of Douglass’s birth.

Seated on a folding chair, Dinkins spoke compellingly to schoolchildren of the struggle for social progress, and the promise of the next generation. I caught him in a reflective moment at the ceremony.