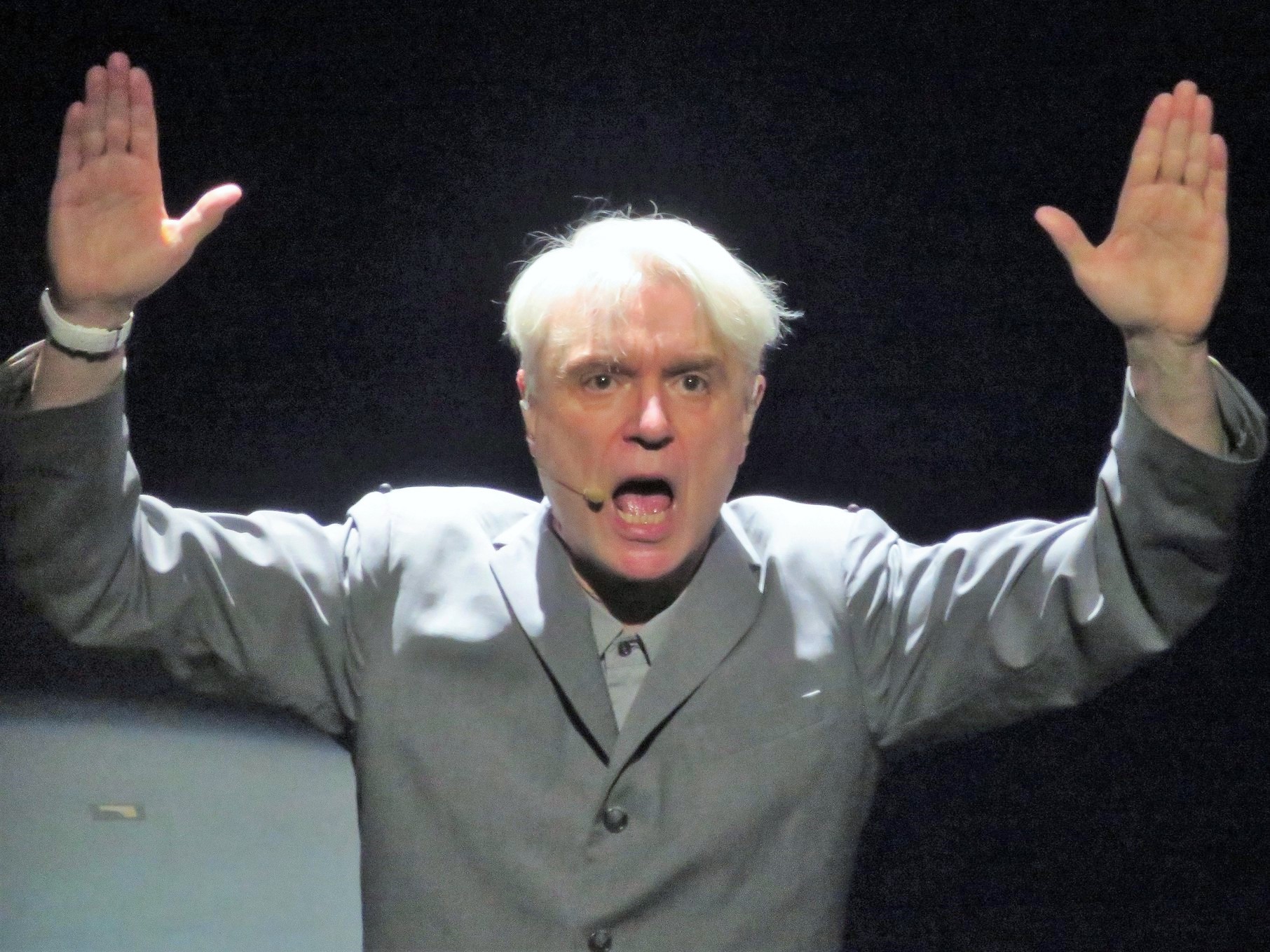 Prior to closing the show, Byrne and his cast staged “American Utopia Farewell!” a special benefit performance on March 30. Proceeds from this show supported Byrne’s nonprofit, Arbutus.

Theatergoers might not have realized that the evening’s performance was a benefit. The show played as it has since 2019. No mention or presentation was added to the program.

Founded by Byrne in 2018, Arbutus “celebrates, re-presents and amplifies ideas found in surprising places, ensuring that our picture of the world contains the joy that it should, and is accessible to everyone.”

“I created “American Utopia” with the seeds of curiosity and imagination, and those same seeds are why I founded Arbutus,” Byrne stated in a press release. “The proceeds from the event on March 30 will allow Arbutus to continue our work at “Reasons to be Cheerful” and our world premiere of “Theater of the Mind,” hopefully making the world a little lighter and a little brighter.”

“American Utopia” started as Byrne’s 10th studio album, released in 2018. That year, Byrne and company promoted the album with a touring theatrical concert, in which Byrne performed a choreographed show alongside 11 musicians, all performing with wireless and portable equipment. The concert included songs from “American Utopia,” along with songs from his former band, Talking Heads, Byrne’s solo career and a cover of Janelle Monáe’s “Hell You Talmbout.” The tour played more than 150 performances in 27 countries.

The “American Utopia” tour inspired what became a long-running Broadway production. Small changes to the show’s repertoire and structure achieved a transition closer to that of a musical stage production. Byrne and company previewed an altered version of the concert at the Colonial Theatre in Boston in September 2019.

David Byrne’s “American Utopia” previewed on Broadway at the Hudson Theatre starting on Oct. 4, 2019, and officially opened on Oct. 20. After a successful five-month run, the show closed on Feb. 16, 2020. It produced a cast recording, “American Utopia” on Broadway, released in 2019.

In 2020, Spike Lee filmed “American Utopia” for cable television. The film opened the Toronto International Film Festival and had a limited theatrical release in the United States in September 2021. The film won two 2021 Creative Arts Emmy Awards. It is nominated for a 2022 Grammy Award in the Best Music Film category.

Following the 18-month pandemic shutdown, the show returned to Broadway on Sept. 17, 2021, moving to the St. James Theatre. The show was honored with a Special Tony Award in September 2021.

In December 2021, with cast members testing positive during a COVID surge, Byrne temporarily continued performances of “American Utopia” with a reduced cast. Byrne called this more informal version of the show “American Utopia Unchained.” This temporary production included songs not featured in the regular production.