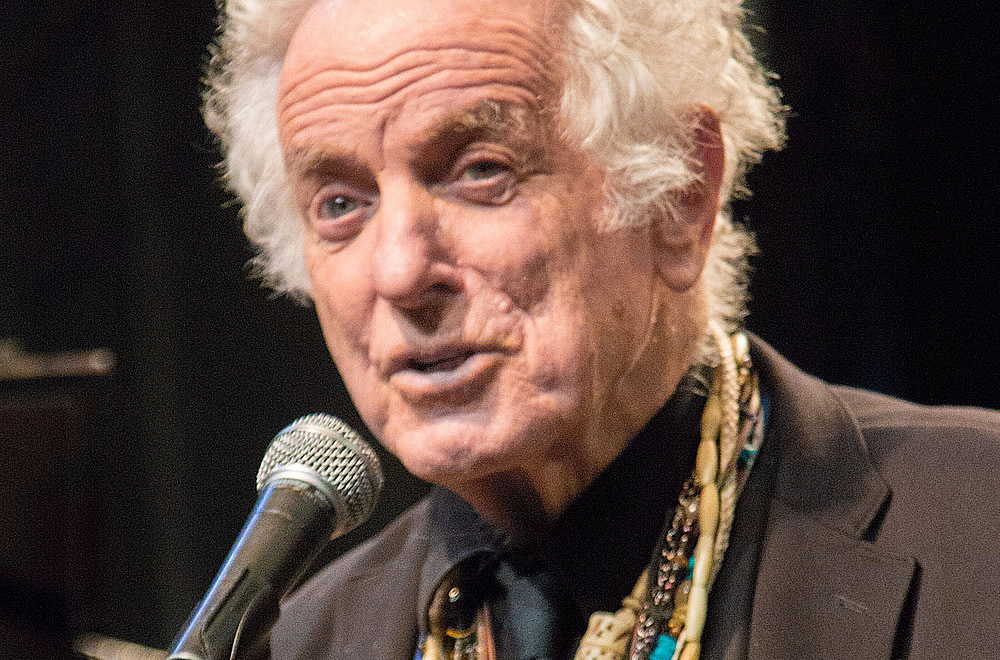 Amram, 90, a multi-instrumentalist, is a walking encyclopedia of Village and musical lore. Over his career, he has worked with the likes of Jack Kerouac, Thelonious Monk, Dizzy Gillespie, Joseph Papp, Leonard Bernstein, Pete Seeger, Bob Dylan, Tito Puente and Willie Nelson.

Fittingly, Amram will be joined by a lineup that spans eras and genres.

The concert, from 1 p.m. to 6 p.m., at the intersection of Eighth and MacDougal Sts., will also inaugurate The Eighth Street Experience, a new take on the iconic Greenwich Village thoroughfare.

“Eighth Street has a fabled heritage for music, fashion, theater, and fine art,” she said. “On this very block in 1959, Barbra Streisand made her debut at the Bon Soir. In 1968, Jimi Hendrix opened his famous Electric Lady Studios, where scores of recording artists, from Steve Earle and Patti Smith to the Rolling Stones, Stevie Wonder, David Bowie and Amy Winehouse, recorded their latest albums.

“At the old Eighth Street Bookshop, Bob Dylan met Allen Ginsberg,” Thomson continued. “And, not far away, the ANTA Theatre premiered Arthur Miller’s play “After the Fall” in 1964 with music composed by David Amram.”

Amram, who serves as The Village Trip’s artist emeritus, brought jazz/poetry to New York with his close friend Kerouac in the late 1950s. Amram’s current band will headline the concert on Sept. 18. Special guests will include singer Rene Manning and horn player Earl McIntyre.

Other Village Trip artists, including Bodies Electric, a guitar quartet, will honor the legacy of Jimi Hendrix, whose celebrated debut album, “Are You Experienced,” inspired the rebranding of Eighth Street.

Also on Sept. 18 The Village Trip will present a Land of the Blacks tour led by Kamau Ware, readings by children’s authors in Washington Square Park, a folk music tour of the Village by Jesse Rifkin, food tours and the chance to visit the studios of leading architecture firms.

The Village Trip 2021 is a big-tent, nine-day festival, featuring jazz, folk, rock and classical music, as well as walks, talks and tours. Latin jazz great Bobby Sanabria will headline a free concert in Washington Square Park on Sat., Sept. 25, and will be joined by multi-Grammy-winner Janis Siegel from The Manhattan Transfer.

A concert at The Bitter End hosted by David Amram will close the festival on Sun., Sept. 26.

For more information on all the performances, walking tours, talks and events, visit TheVillageTrip.com.

“We are thrilled to welcome back The Village Trip after a year’s hiatus,” said William Kelley, executive director of the Village Alliance business improvement district. “The music and cultural festival is the perfect opportunity to welcome back neighbors and visitors to our historic corridor and showcase The Eighth Street Experience.”

Eighth Street is one of New York City’s most historic and iconic thoroughfares. First developed in the 1820s, it was New York’s cultural main street in the 1840s and ’50s. During the last half of the 1800s and early 1900s, it was part of the Ladies Mile high-class shopping district. In the early 20th century, Eighth Street was bohemia’s main street. And from the 1930s to the 1960s it was New York’s Downtown nightclub district and the place where American painters gained world fame as the leaders in art.

A historic commercial corridor, Eighth Street is maintained by the 30-year-old Village Alliance BID, which covers 44 blocks in the Central Village.

The Village Trip debuted in 2018 with Suzanne Vega singing in Washington Square Park and returned in 2019 with Steve Earle headlining. The festival’s stated mission is “to uplift, to entertain, and to celebrate the arts for all New Yorkers, their families, and all people from around the world who come to visit New York City’s special oasis, Greenwich Village.”