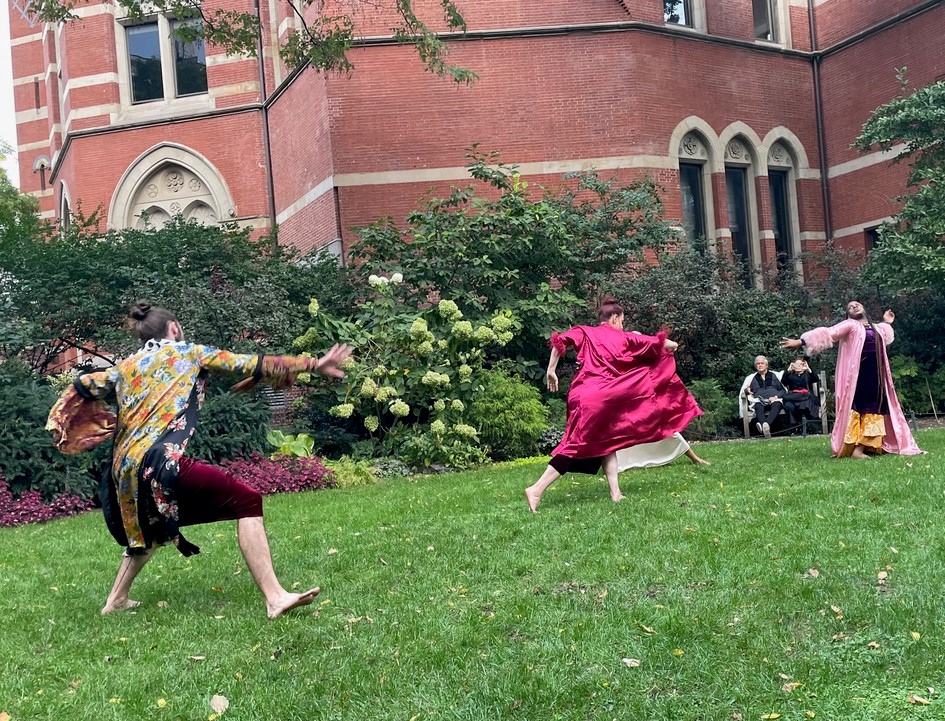 Dancers interpreted the plight of inmates at the former Women's House of Detention. (Photo by Elizabeth M. Butson)

In the performance, dancers reenacted the plight of women and gender-fluid people when the garden’s space was the Women’s House of Detention and the current library was the courthouse where the women were tried and sent to jail.

The prison was closed in 1971 and demolished in 1974. The courthouse was closed in 1945 and — after the community saved it from demolition — reopened as a library in 1967.