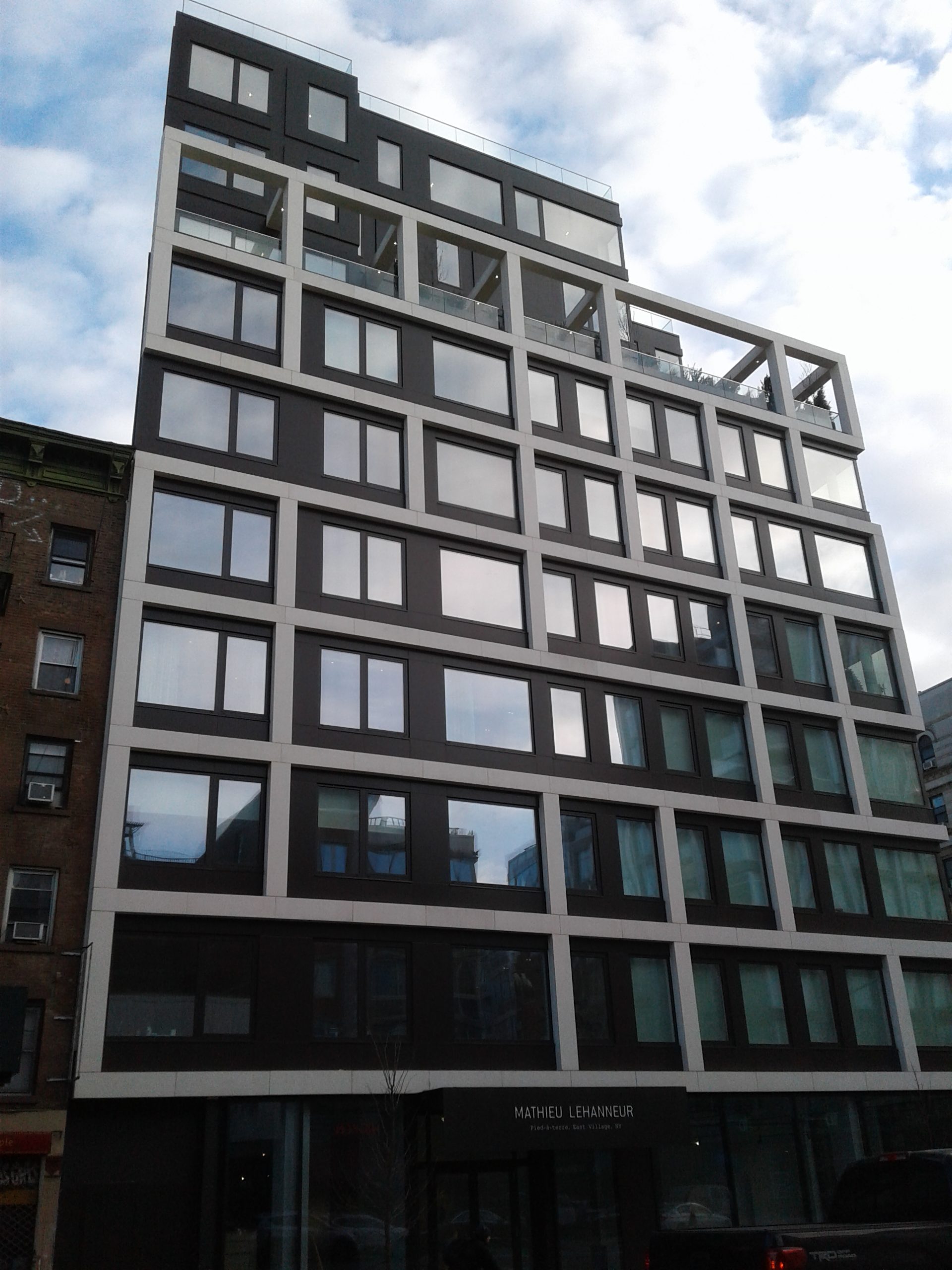 A new luxury apartment building at 24 Second Ave., on the former site of a BP gas station, got completed ahead of the coronavirus work stoppage. (Photo by The Village Sun)

Reportedly buckling to pressure from Mayor de Blasio and city elected officials, Governor Cuomo has ordered that all nonessential construction projects be put on hold.

In an executive order issued Thursday, Cuomo said only emergency construction would be allowed,  meaning projects necessary to protect health and safety of building occupants or projects that would be unsafe if they were left undone.

The work stoppage would reportedly go into effect April 3 and last through April 21.

According to the executive order, construction deemed essential may continue, including work on roads, bridges, transit facilities, utilities and hospitals or healthcare facilities.

In addition, construction of affordable housing and homeless shelters is also deemed essential under the order.

However, social distancing must be maintained — including for elevators, meals, entry and exit — on all projects.

“Sites that cannot maintain distance and safety best practices must close and enforcement will be provided by the state in coordination with the city/local governments,” the order states, adding this will include fines of up to $10,000 per violation.

Construction involving a single worker who is the sole employee or worker on a site is allowed to continue.

Many New Yorkers had been wondering how construction projects were being allowed to continue amid the governor’s “New York State on Pause” order. The stated justification had been that the work was mostly outdoors and allowed for social distancing.