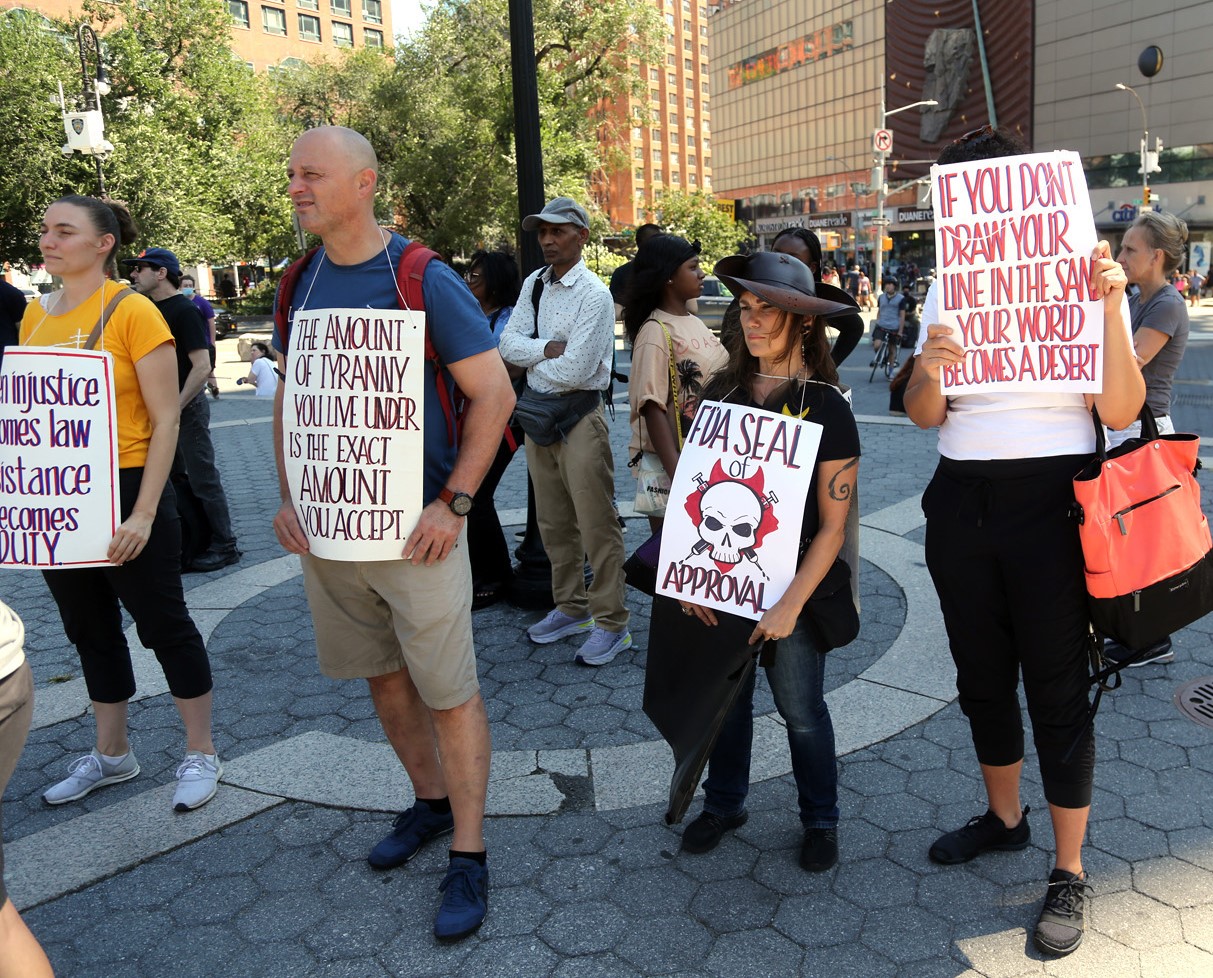 COVID contrarians: Why they don’t trust the science — or leaders or the media — on masks and vaccine

BY AIDAN SEIDEN | A small piece of fabric is at the center of a national debate on civil liberties, public health and individual freedom amid the COVID-19 pandemic.

Many Americans reject wearing a face covering on grounds of personal belief, while others are divided due to the inconsistent information provided by their government officials or local news outlets.

Similarly, for vaccines, there are those who choose not to take them based on personal beliefs. Their decisions may also be influenced by which media and other sources they get their news and information from.

President Biden, recently addressing the American people from the White House, advised organizations to “require your employees to get vaccinated or face strict requirements.”

On the other hand, Republican Senator Ted Cruz of Texas recently announced, “No one should force anyone to take the vaccine — including the federal government or an employer.”

Contradictory statements from political figures are one of the primary reasons why many Americans are hesitant to comply with the Centers for Disease Control and Prevention’s emphatic recommendation to get vaccinated and wear a mask whenever possible (especially in indoor settings).

“I remember when former President Donald Trump made those ridiculous comments about the coronavirus disease being ‘not a serious issue,'” said West Village native Jacqueline Dentz, 73. “He said all the journalists and scientists were exaggerating the whole thing. I realized just how many people were going to listen to him, and I was horrified.”

Failing to recognize the legitimate threat that COVID-19 poses is another reason some are refusing to get vaccinated. Whether due to conspiracy theories about the virus, the belief that the official number of coronavirus infections is inflated, or the idea that the disease only affects those in older age groups, there is one constant: The conflicting information provides people with a false sense of authority in a situation that often feels unnerving or paralyzing.

“A lot of the people who die from COVID-19 are old. Young adults don’t have to worry as much,” said Pete Foster, 32, when asked his thoughts on vaccines being made mandatory. “I don’t get it. I don’t understand why all these folks are taking this seriously, especially the people under 60 years old.”

When Foster was informed of the C.D.C. data that found more than 50,000 people under the age of 64 have died from COVID-19, he had no comment.

Now, with the recent announcement that COVID-19 booster treatments are on the horizon for Americans, the volatility and anxiety seen during the initial introduction of the vaccines are resurfacing.

Pfizer C.E.O. Albert Bourla felt optimistic about his company’s new vaccine’s effectiveness against the extremely contagious Delta variant as it swept the nation in June, overwhelming hospitals with its victims.

“I feel quite comfortable that we cover it,” Bourla said.

Only a few weeks later, Pfizer announced that it would ask for approval for a booster shot after preliminary trial findings indicated that a third dose could likely strengthen protection.

Pfizer and BioNTech disclosed in late July that the efficacy of their joint COVID vaccine declined about “four to six months after a second dose.”

“Information loses all credibility when it is conveyed as truth one minute and then inaccurate the next,” said Brandon Hunt, 25, a graduate student at New York University.

“I can see why people are trepidatious about getting vaccinated right now,” he said. “Every second, it seems, we are getting new information that refutes the old information. Everybody is so confused.”

Two days after New York City mandated that all school employees get vaccinated, with no alternative for weekly testing instead, more than 1,000 people — parents, subway operators and other city workers — protested the mayor’s COVID-19 vaccine requirements on the steps of City Hall. In turn, the city’s largest police union threatened legal action if the mandate expanded to them.

“People are saying vaccines and masks are useless, while others are saying they can save lives,” Hunt said. “The average person doesn’t know who or what to believe. Nobody wants to make the wrong decision. I mean it’s a life or death situation.”