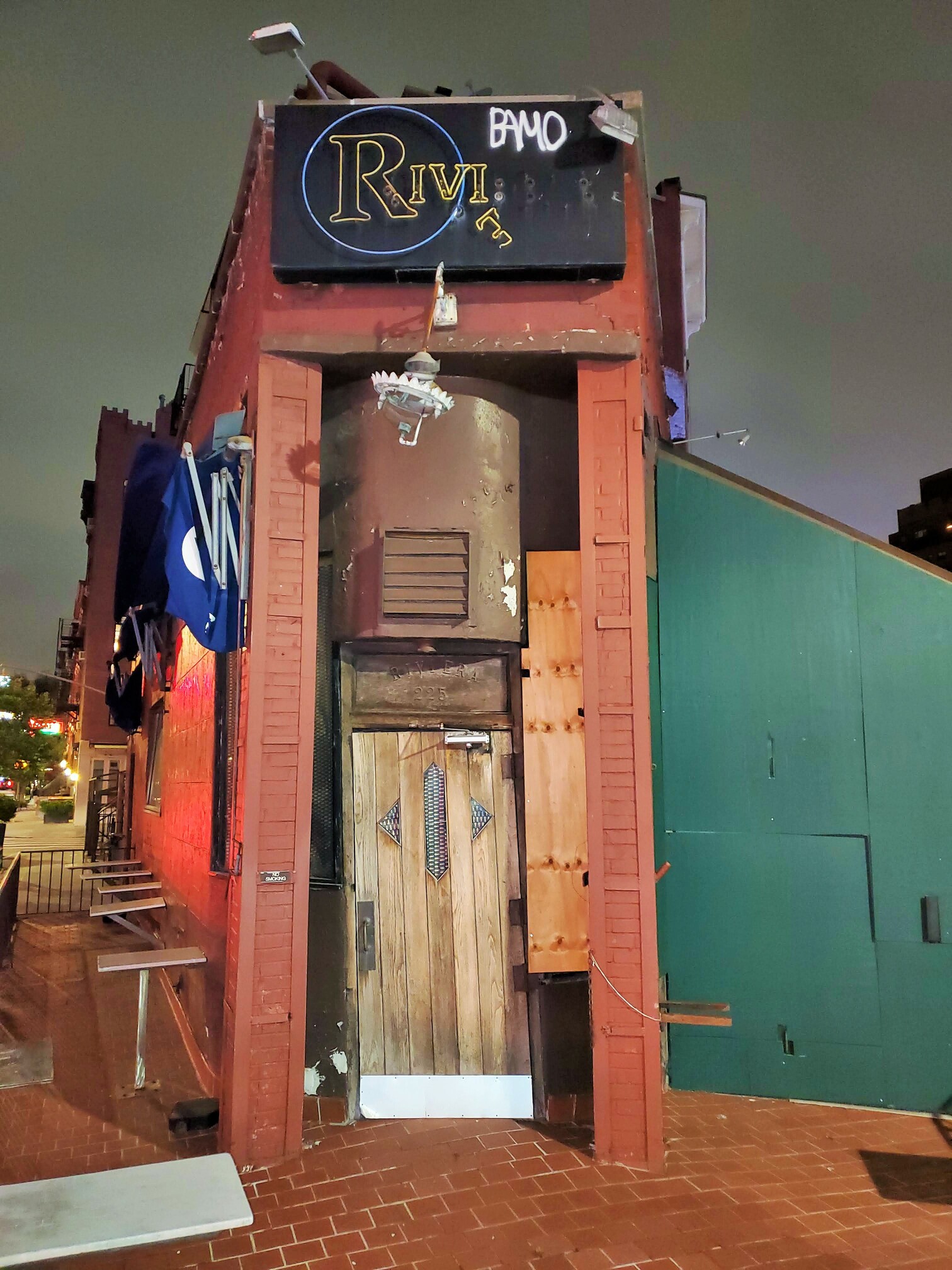 Once a Village hot spot and favorite of locals, the former Cafe Riviera has sat empty for the past several years. (Photo by The Village Sun)

BY THE VILLAGE SUN | State Supreme Court Justice Lyle Frank on Wed., Aug. 3, overturned a ruling by the State Liquor Authority that would have exempted the site of the former Cafe Riviera, at W. Fourth Street and Seventh Avenue, from the public-hearing process under the Alcoholic Beverage Control Law’s 500-foot rule.

To win the exemption from a 500-foot-rule hearing — required if there are three or more liquor-licensed premises within 500 feet of the site — and a review by the local community board, the place in question must have had a full liquor license “continuously in existence” since before November 1993.

The S.L.A., for its part, argued that there was “no intervening” use of the property since “The Riv”’s closing, and also cited the impact of the COVID pandemic on the bar / restaurant industry.

Known as an Article 78 case — where an agency’s decision is challenged — the action was brought against the S.L.A. by West Village organizations and individual residents who argue they would be impacted by any new establishment at the site, including the 233 W. 4th Street Tenants Association, the West Village Residents Association, the West 10th Street Residents Association and individual residents Leslie Clark, Elizabeth Sabo and Augustine Hope. There are currently 37 active liquor licenses within 500 feet of the location, according to the petitioners.

According to attorney Barry Mallin, who represented the petitioners, the court decision “will have a major impact on the ultimate decision by the S.L.A. whether to grant a new liquor license at the location. It preserves the quality of life and public-interest protections embodied in the 500-foot rule law and the right of the community board to weigh in, as well,” Mallin said. “These protections would have been stripped away if the S.L.A.’s ruling had been allowed to stand.”