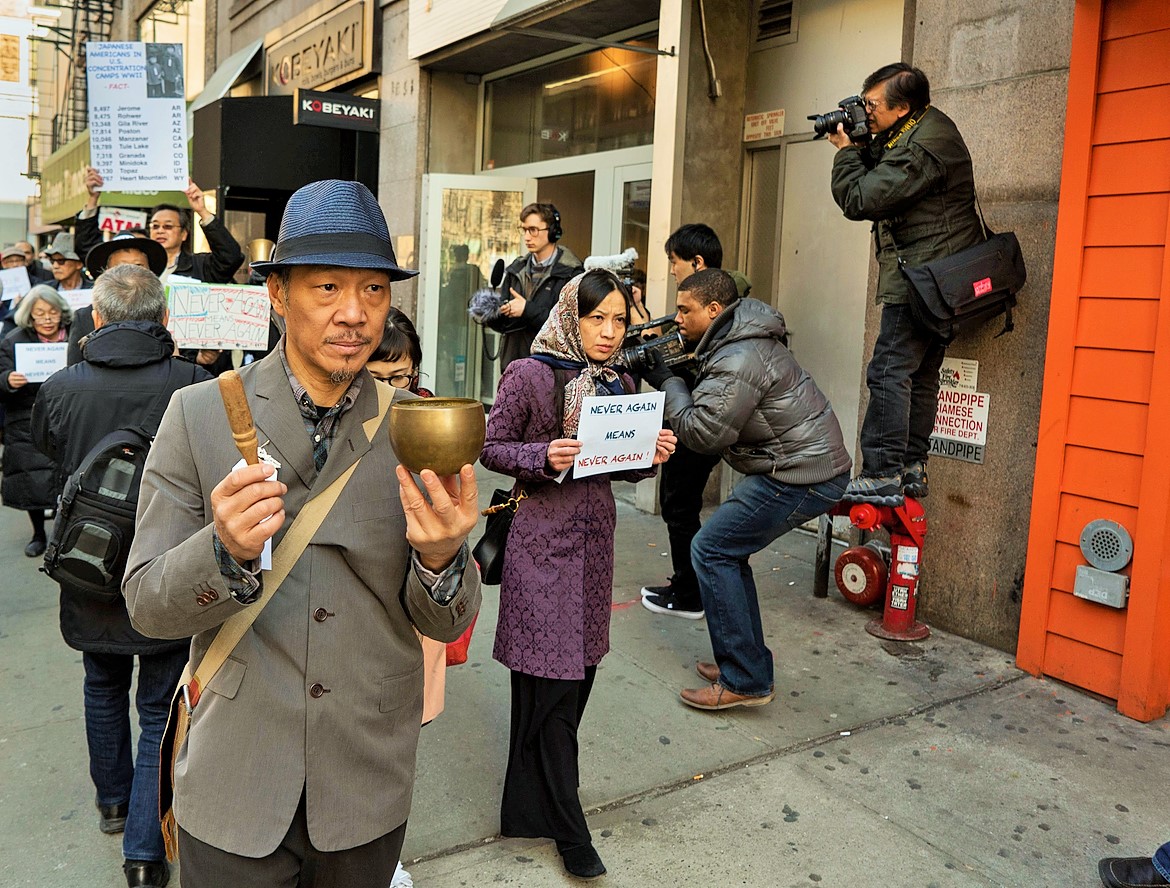 "Day of Remembrance Silent March" (2017), by Stan Honda, is one of the images in the Corky Lee tribute exhibit. Lee can be seen on the right, perched atop a standpipe to get a better angle on the shot, camera in hand. The event commemorated the internment of Japanese Americans in camps during World War II.

BY THE VILLAGE SUN | Legendary photographer Corky Lee will be remembered in a Soho photo exhibit. The images will not be by him, however, but by photographers, reporters and others who were his friends and colleagues.

“Corky Lee on My Mind: A Photographic Tribute” will be on view at Pearl River Mart Gallery, at 452 Broadway, between Howard and Grand Sts., from June 11 to Aug. 29.

Lee, 73, died in January of COVID. He was known by his self-dubbed, whimsical title as the “Undisputed Unofficial Asian American Photographer Laureate.” For nearly 50 years, starting in the 1970s, he documented Manhattan’s Chinatown, specifically, and the city’s Asian American and Pacific Islander communities, in general.

Lee also covered national events. One of his most famous photos — which he personally organized to set the record straight — was a reenactment of the driving of the “golden spike,” the completion of the transcontinental railroad. In Lee’s shot, however, the people were the descendants of the Chinese railroad workers who had glaringly been left out of the original version. 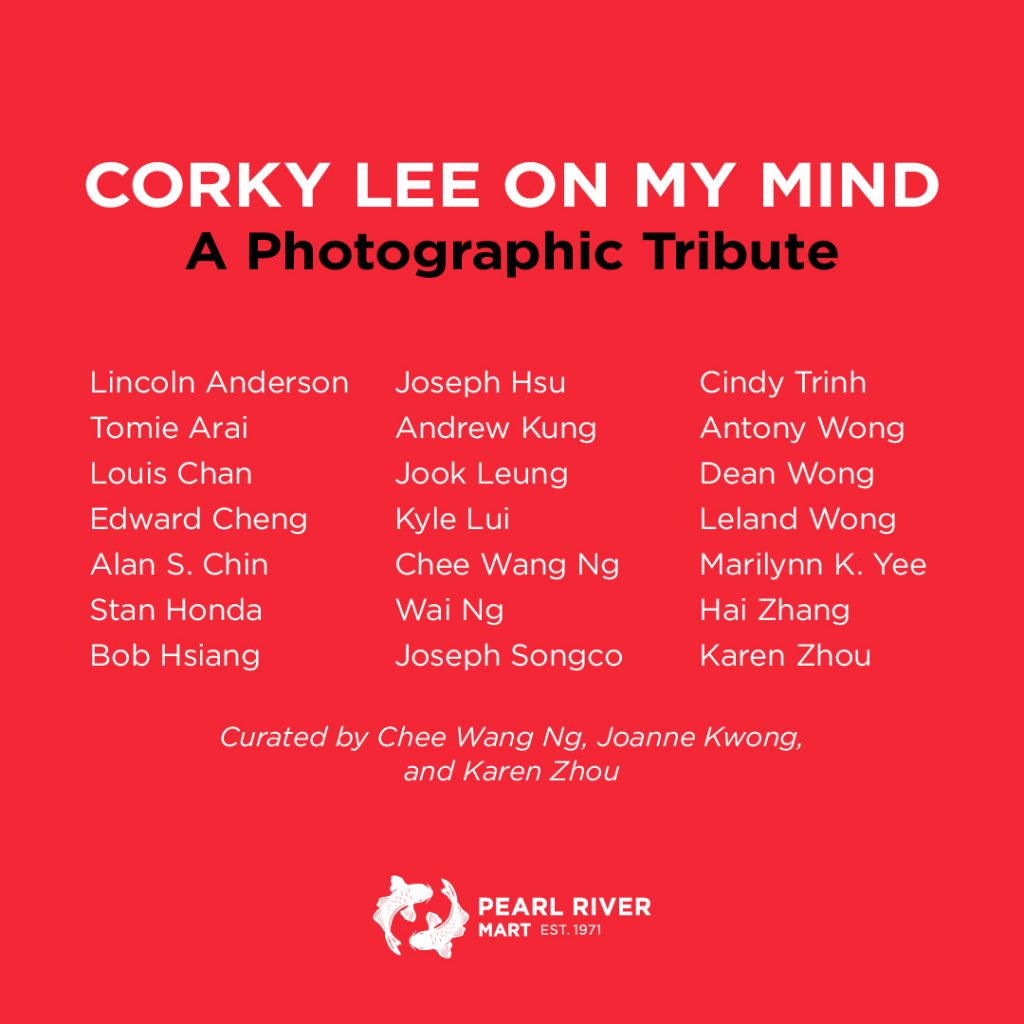 The exhibition brings together 21 photographers — friends, colleagues and mentees — to pay homage to Lee’s philosophy of “photographic justice,” honor his work and share images that he would have loved. Each photographer submitted one image.

Due to real estate conditions, Pearl River Mart has moved around the area numerous times in its 50-year history. In 2016, the store opened a Tribeca/Chinatown location at 395 Broadway. At that time, Pearl River Mart owner Kwong decided to make the new store’s mezzanine level, which was too small for our offices, into a gallery space. She originally met Lee at that store’s grand opening.

“The universe provided Corky to us that night,” Kwong said, “and, as he did with so many organizations, movements and community groups, he went on to truly shape the Pearl River Mart Gallery, making it into the only gallery in New York City dedicated to Asian American art and culture.”

In turn, due to the pandemic, Pearl River Mart closed its Tribeca store last year. Now it is reopening once more, this time with a new outlet in Soho.

“While we were forced to leave that original space [with the gallery] due to the pandemic,” Kwong said, “we felt it was only fitting to relaunch with a tribute to Corky as we rebuild yet again.”

For more information on the Corky Lee tribute exhibit and the store itself, visit the Pearl River Mart blog.