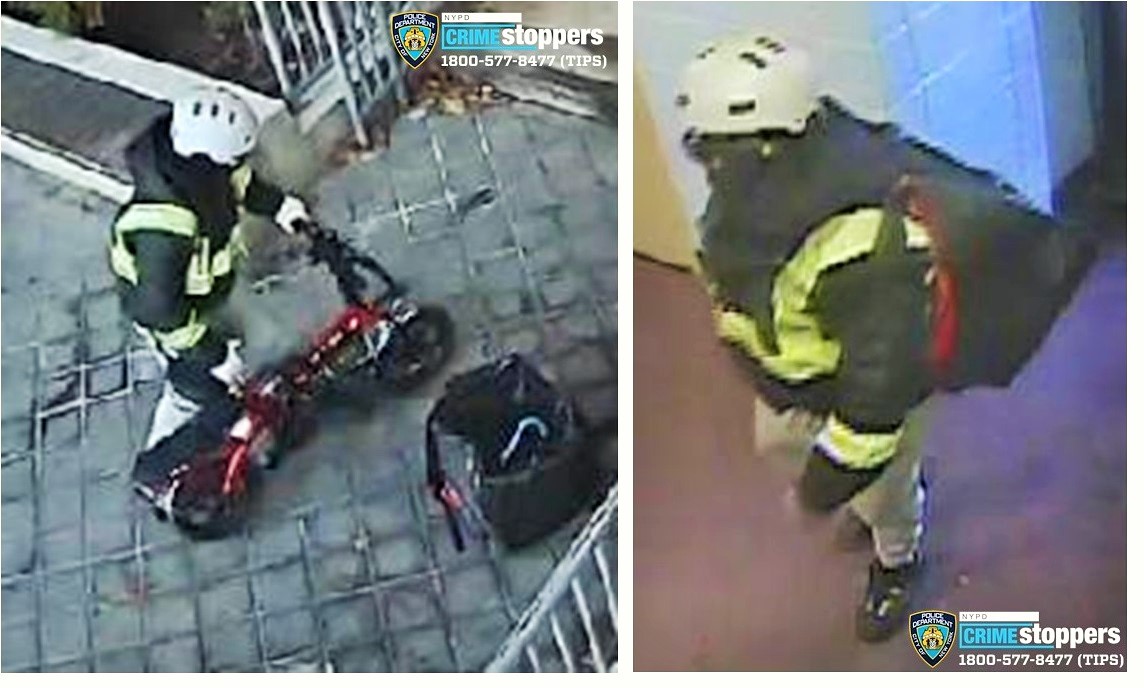 BY THE VILLAGE SUN | Police are seeking the public’s help in tracking down a suspect who gunned down an East Village man inside his home while posing as a food deliveryman.

Police found a 30-year-old male with gunshot wounds to the back and neck. E.M.S. transported the victim to Mount Sinai-Beth Israel Medical Center, where he was pronounced dead. There are no arrests and the investigation is ongoing.

The victim was identified as Davon Venable, 30, a resident of the apartment.

Police released surveillance photos and videos of the suspect showing him holding various bags and locking up a small, red, motorized scooter and then later zipping away on it.