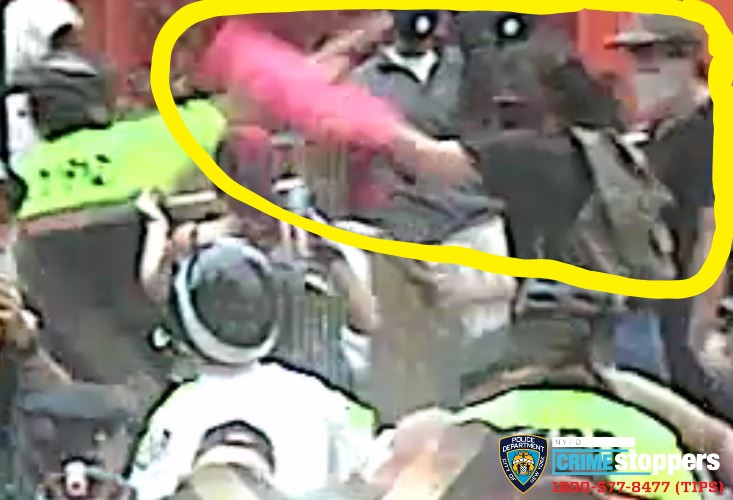 Police say they are looking for the two men at right in the yellow circle. (Courtesy N.Y.P.D.)

Police are looking for two men who they say assaulted a police officer in Battery Park City on Thurs., May 28.

According to cops, on that night at 7:53 p.m., near Albany and West Sts., a 37-year-old uniformed police officer was surrounded by several individuals.

He was attacked by two males. One of them pushed the officer to the ground and punched him in the face. The second guy struck him repeatedly with his skateboard. The two attackers then fled the location in an unknown location.

The officer suffered a bloody nose, bruising and pain to the head and shoulder. He was treated at the scene for his injuries.

All calls are strictly confidential.