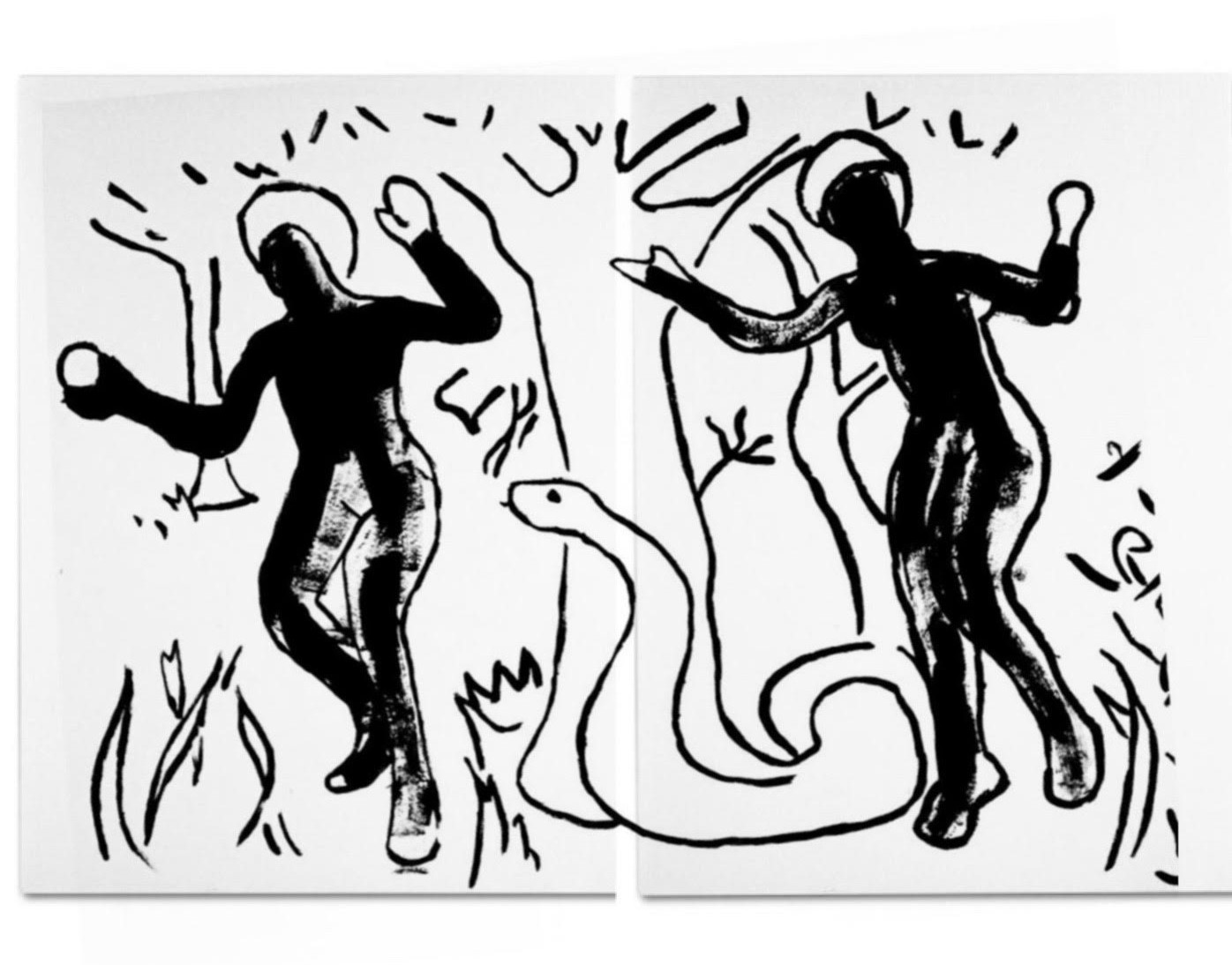 Two new art shows — one exploring images of systemic racism, the other spotlighting a top female Abstract Expressionist — are on view this month at the National Arts Club.

In “Ironing Out the Details,” on view through Feb. 4, Corey Presha shares new black-and-white paintings from his ongoing engagement with the visual culture surrounding Black Americana, particularly how that plays into the national dialogue about internalized and systemic racism. Since 2016, Presha has used this simple palette to bring these visual histories into the present.

The imagery featured in this exhibition stems from an assortment of historical artifacts that the artist finds through online research, particularly items listed under “Black Americana” on eBay. Presha appropriates key features from mass-produced objects, like postcards and fliers, as well as individual items, like craft sewing samples and canonical artworks.

Extracting these elements from their context and painting them in simple black and white acrylic paint — and extending off the campus — provides the starkness for Presha to investigate the legacy of racism in the history of American life — mundane, personal and cultural.

Libbie Mark (1905-1972) was a familiar figure in the art communities of New York City and Provincetown in the 1950s and ’60s. She studied at Hans Hofmann’s school and with Vaclav Vytlacil at the Art Students League, and had connections with Grace Hartigan.

Absorbing the impulses and energy of her time, Mark stood out. A 1962 solo show at Knapik Gallery in Manhattan garnered enthusiastic reviews from ARTnews and the Herald Tribune. Her exhibition activity continued as she showed with the Vectors artists’ group throughout the 1960s.

Almost 80 years after World War II, Abstract Expressionism and its dominant stars, mostly male, continue to hold power to stimulate, provoke and inspire. Simultaneously, time’s ability to cool and clarify is opening the way to re-narration. Although Mark’s life was cut short, her commitment, intellect and self-assurance remain a tribute to her creative endurance and offer us a body of work with a freshness and verve rarely seen today. The Libbie Mark Provincetown Fund is co-sponsoring the exhibition.

The NAC Galleries are open daily from 10 a.m. to 5 p.m. Admission is free. For more details click here.