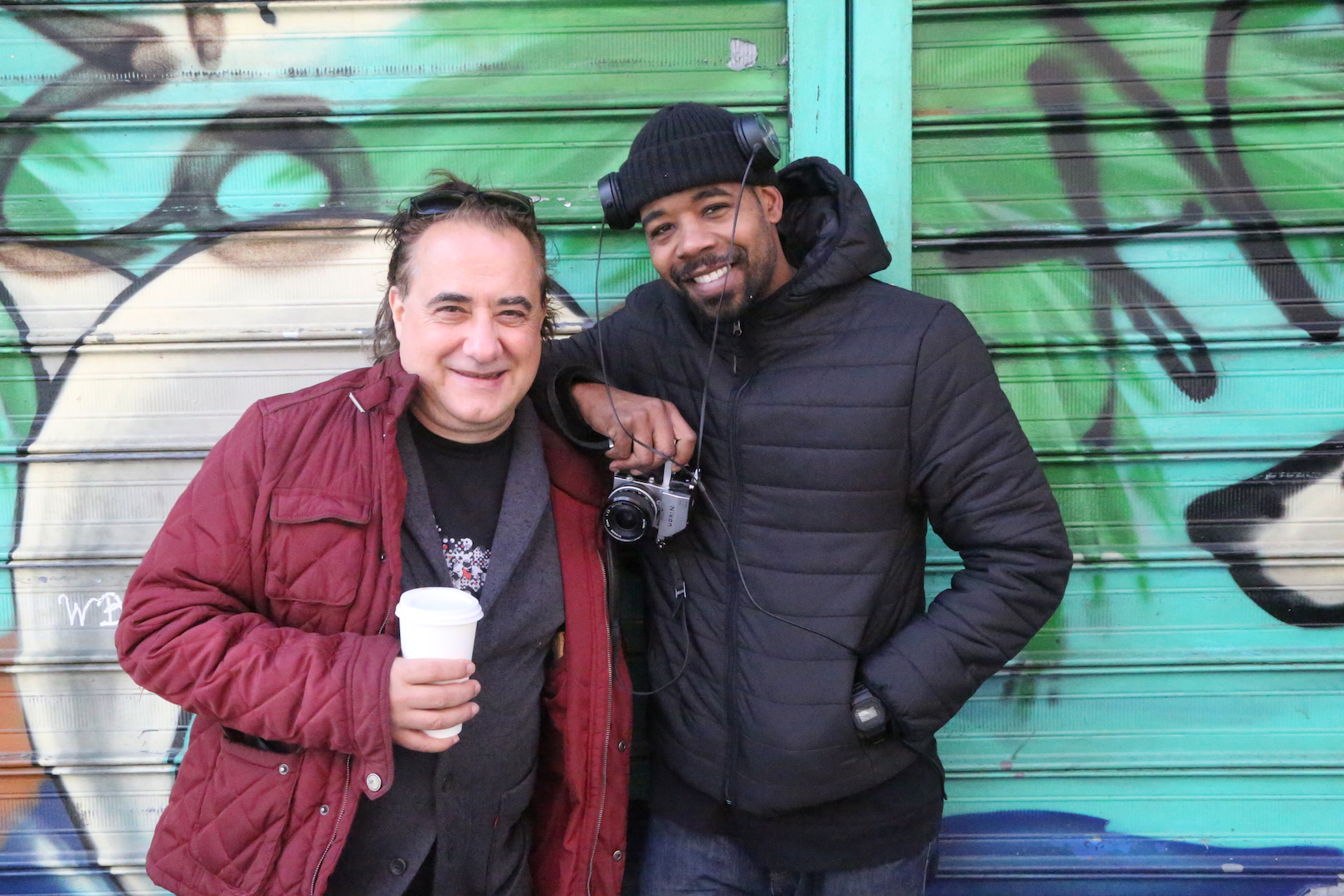 Composer Keith Patchel: From Ludlow St. basement to the stars

BY CLAYTON PATTERSON | I first met Keith Patchel in the ’90s. He had a recording studio next door to a coke bodega on Ludlow between Stanton and Rivington Sts. With my camera, I did some documentation of the bodega after the cops busted it, and was curious about what was happening in the basement next door.

I saw the sidewalk vault’s metal doors were open. Keith was coming up out of the hatch. We got into a conversation. He told me he was a musician and composer and had a recording studio in this basement.

It turned out this was Keith’s last day at this studio. Curious, I carefully made my way down the steep wooden steps to take a look around inside the space. During this period, there were a number of recording studios hidden away in Ludlow St. basements.

Later, I got to know Keith more as an accomplished musician. I documented him a number of times playing with his MarsBand at the American Museum of Natural History’s Hayden Planetarium under the stewardship of Carter Emmart.

Keith produced his chamber opera “Plain of Jars,” at the Medicine Show Theater, and also in New York University’s Black Box Theater as part of the Impact Festival. I made the poster.

For “Plain of Jars,” Keith received the 2017 Acker Award for Composer/Producer of the Year.

We have collaborated on a number of projects. When I had Jerry Pagane’s art show at my Clayton Gallery and Outlaw Art Museum, Keith did an in-depth interview with Jerry. It will be published in The Village Sun.

The New York Tattoo book is an anthology, and I’m working to finish it. If anyone is interested in tattoo history and wants to help out, contact me. There’s no payment.

Among Keith’s many other accomplishments, in 2015 he composed the “Pluto Symphony” for the Hayden Planetarium, which was an official selection for the nomination of the Pulitzer Prize for Music that year.

He is also the composer in residence at the MusEdLab, an N.Y.U. music education software development initiative.

In 2014, he composed a score and performed with Barbara Vann, a founding member of The Open Theater, for “Don Juan in Hell,” at the Medicine Show Theatre.

He won the Best Composer award for the film “Crumble” at the 2011 Manhattan Film Festival and the 2010 New York International Film Festival.

A veteran of the New York City rock and punk scene, he was involved in the “Field of Fire” album with Richard Lloyd, formerly of Television. Keith played guitar, did some background vocals, assisted with production and also co-wrote a song with Lloyd on the disc.

Among Patchel’s nonmusical claims to fame, in 1985 he found himself the roommate of a recent Columbia graduate — none other than the country’s future president, Barack Obama.

Keith played at the 5th Annual NY ACKER Awards with members from his “Plain of Jars” production, held at Theater 80.

At the 6th Annual NY ACKERs, held at Theater for the New City, he played with Gryphon Rue, a well-respected avant-garde musician.

For an article on Patchel’s chamber opera “Plain of Jars,” click here.

For a MarsBand performance that Keith Patchel and Carter Emmart did on Zoom on Mon., April 6, click here.