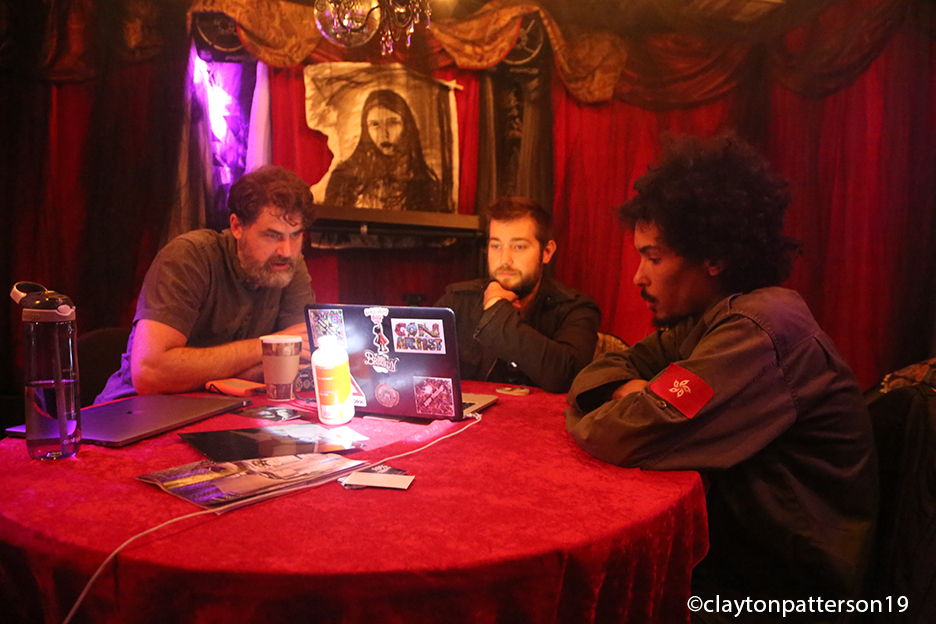 Clayton: Takin’ it to the streets

Clayton Patterson a.k.a. the “Lower East Side Documentarian,” has been photographing the East Village and Lower East Side since the 1980s. Originally from Western Canada and trained in art school, he first settled in Soho after coming to New York City, but found its art scene too pretentious and status- and money-driven. Instead he moved into an old storefront on Essex St., a former dress shop, with his partner, Elsa Rensaa. He found his calling — or one of them, at least — in photographing and videoing the neighborhood’s gritty streets. From the local people to the drag queens during the Pyramid club’s heyday to the Tompkins Square riots, Patterson has covered it all. He also has an art gallery at his place, formerly made custom embroidered baseball caps (like the skull cap he always wears), and was a leading advocate for the pre-legalization tattoo scene in New York City. He later became involved with Wild Style & Tattoo Messe, an annual European tattoo and sideshow-performance festival. He’s also a prolific publisher of books on local topics, like the area’s activism or Jewish cultural history. In more recent years, another claim to fame of Patterson’s has been running the New York Acker Awards, honoring under-recognized avant-garde artists and community activists, most of them from the Downtown area.