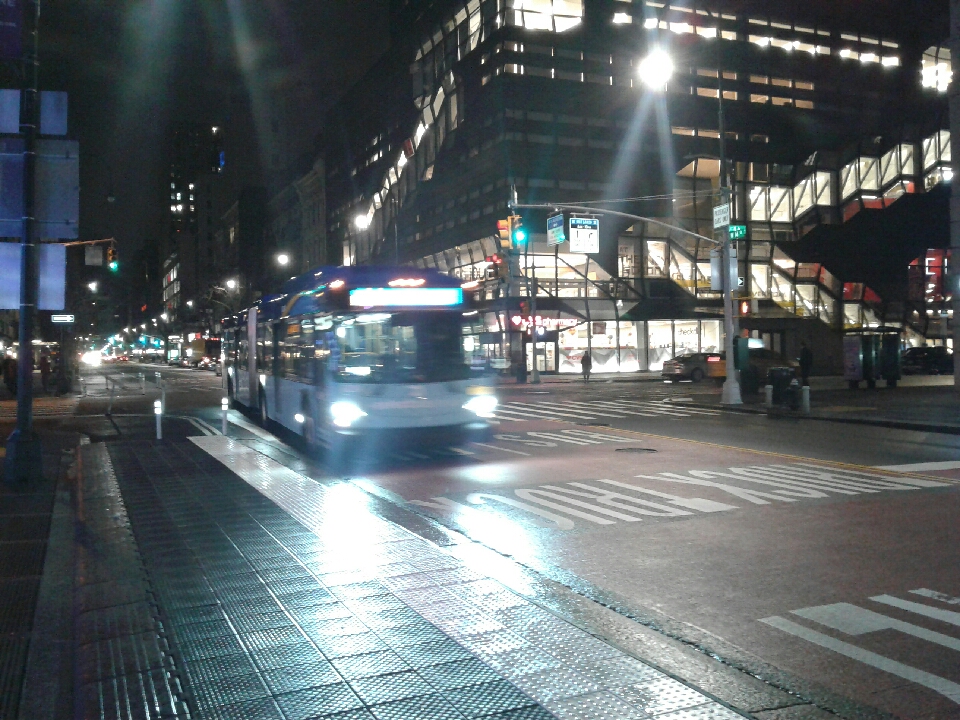 BY DIMITRI FAUTSCH | The grace period for cars and taxis on 14th St. recently officially ended, with traffic violations now resulting in fines automatically issued by bus-mounted and street cameras.

In early October, the Metropolitan Transportation Authority effectively banned cars from 14th St. between Third and Ninth Aves., daily from 6 a.m. to 10 p.m.  All vehicles — aside from buses, trucks and emergency vehicles — must make the next available right if they enter the protected corridor on 14th. The fines start at $100 for the first violation and peak at $250 for the fifth violation and beyond.

The authority plans to expand its Automated Bus Lane Enforcement, or ABLE, program, by spending an additional $85 million on installing bus-mounted cameras, according to its proposed 2020-2024 capital plan.

So far, the M.T.A. has installed cameras on three Select Service bus routes: the M14, the M15 and the B44 in Brooklyn. It has also launched an advertising campaign featuring posters on the back of buses equipped with the cameras.

Although the Select Bus Service M23 and M34 buses, which run crosstown on 23rd and 34th Sts., respectively, are not currently equipped with cameras, the Mayor’s Office, the city Department of Transportation and the M.T.A. are aligned on improving bus speeds through automated enforcement.