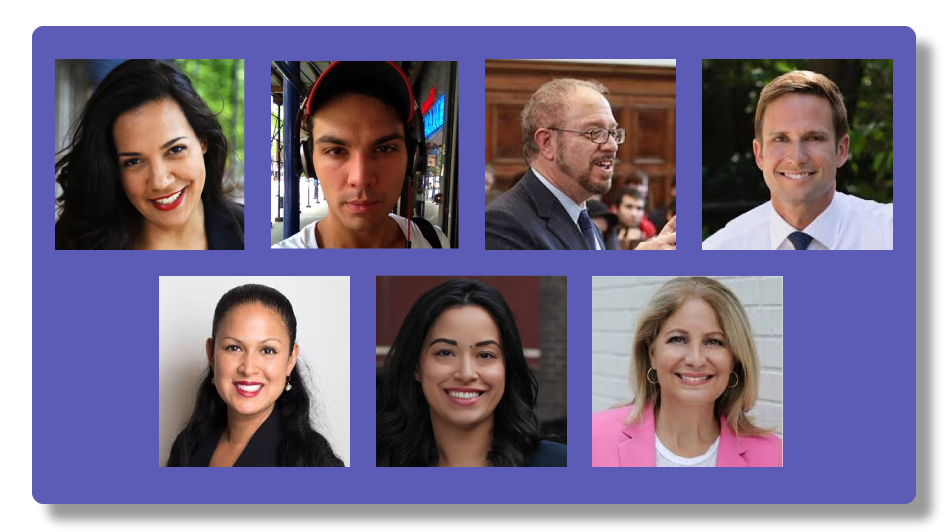 City Council candidates to hold forth at political club forums

BY THE VILLAGE SUN | Next year’s New York City elections will be critically important in determining the Big Apple’s recovery from coronavirus, including the pandemic’s economic, social and quality-of-life impacts, plus how the city addresses ongoing issues of affordability and racial justice.

A hoped-for blue wave did not materialize, meaning a bailout for Gotham from Washington may not happen, putting even more of the onus on local government.

At two separate candidate virtual forums, Downtowners will have a chance to hear from contenders running in the Democratic primary election next June 22 for City Council in Districts 2 and 3.

On Mon., Nov. 9, at 7 p.m., the Downtown Independent Democrats club will host its candidates forum on Zoom. To RSVP, click here.

Then on Wed., Nov. 11, at 7 p.m., the 504 Democratic Club and Progressive Action of Lower Manhattan will co-host a forum of their own, also on Zoom, moderated by Assemblymember Harvey Epstein. The 504 Dems is a club whose members have disabilities. To attend the forum, click here.

Johnson will be term-limited out of office at the end of 2021. Rivera, who has no challenger in the primary election, can run for another term.

Halasa, a Hudson Yards-area activist, raised an objection about impartiality at the 504 Dems / PALM forum, noting that Schwartz is a founder of the organization. She went as far as to request that Schwartz, who is a Greenwich Village Democratic district leader, be excluded from the forum.

However, Penny Mintz, a PALM member who ran for Democratic State Committee in June and is an organizer of the event, responded that the event’s structure is fair and that Schwartz had no input.

“All the candidates have accepted and have said they are glad to be having the opportunity to speak before what we all hope will be a significant audience,” Mintz told The Village Sun. “I haven’t heard about any concerns about fairness from the candidates. PALM is co-hosting with 504 Dems. The audience is not limited to [political club] members.

“Each candidate will have the same amount of time for an opening and closing statement and to answer each of the prepared questions. Arthur will not have advance notice of the questions. The questions will reflect the concerns of 504 as well as those of PALM. I can’t help but believe that Harvey Epstein will be a fair moderator. The audience will not be able to speak but can ask questions through the chat.”

At the PALM / 504 Dems forum, each candidate will be asked four or five questions relevant to the local community, as well as to the citywide community of people with disabilities.

Following the questions from the sponsoring organizations, the public at large will have an opportunity to ask questions through the chat box. Questions not answered during the forum will be answered by e-mail if the questioner’s e-mail address is included in the chat.

D.I.D. will vote to endorse candidates immediately after its forum.