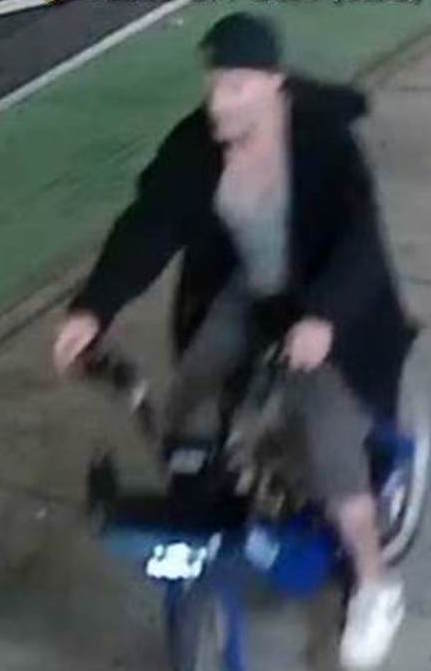 A surveillance camera photo of the alleged groper. (Courtesy N.Y.P.D.)

A Citi Bike-riding sicko groped two women in the Village last month around Varick and Bleecker Sts., according to police.

Cops said that, in the first incident, a woman was walking on Bleecker St. on Mon., Nov. 9, at 7:20 p.m., when a stranger on a Citi Bike rode up to her from behind and grabbed her buttocks before fleeing.

Fifteen minutes later, the same man reportedly struck again, pulling the same maneuver on a 33-year-old woman who was walking at the northeast corner of Downing and Varick Sts. The pedaling pervert fled southbound on Varick, then turned eastbound on King St.

Neither woman was injured.

Police described the suspect as around age 25 to 35, with dark brown hair and a medium build, and last seen wearing a black jacket, a black baseball cap, shorts, a colored shirt and white sneakers.

Police released photos of the individual taken from the second incident.