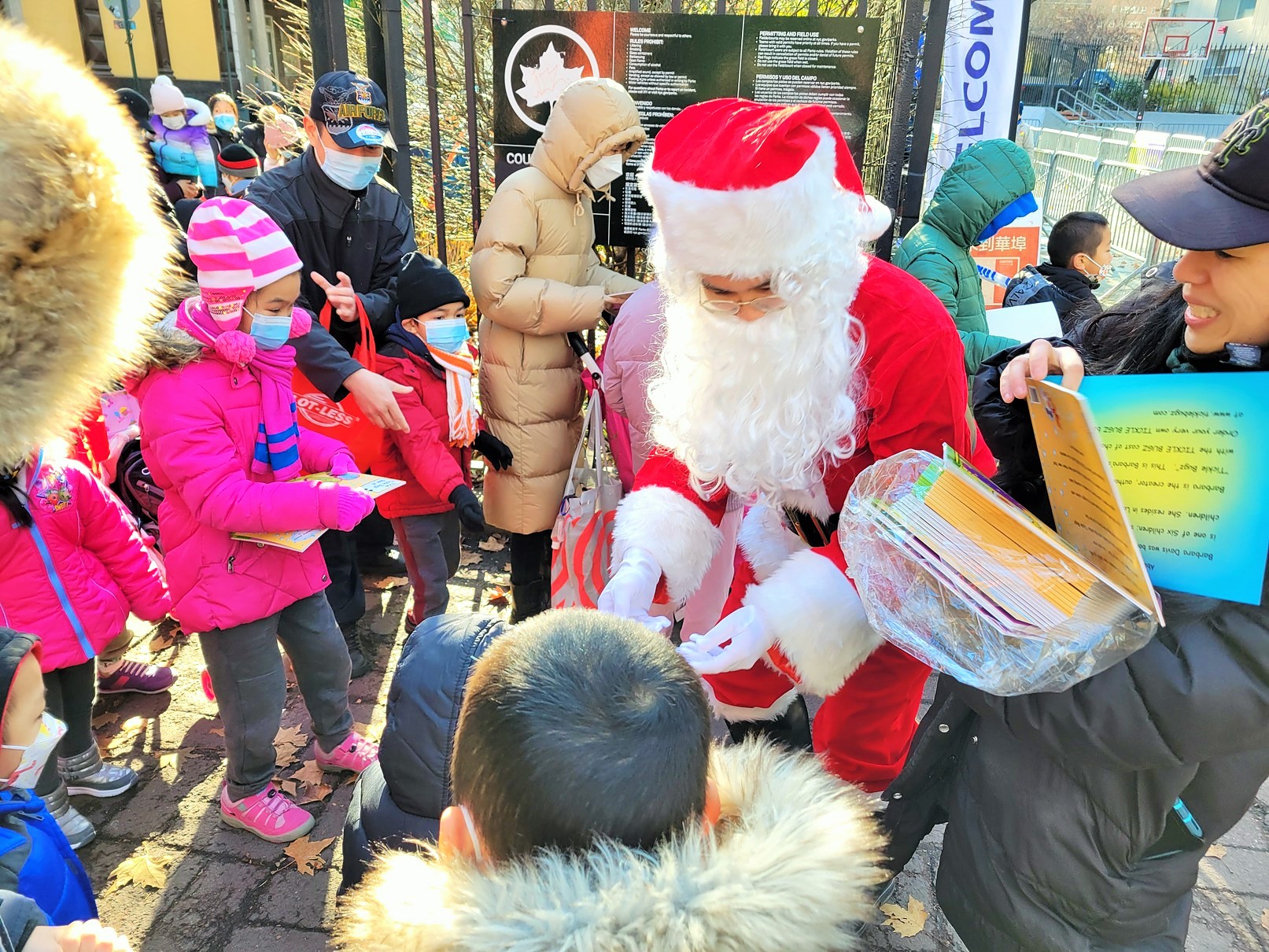 One of two Santas greeted kids. (Photo by Karlin Chan)

Chinatown Santas give out 10,000 toys

Several hundred children with parents in tow began lining up at 10 a.m. to get the best selection of the 10,000 reported toys available.

This year’s event featured a lion dance performance along with two Santas for photo-ops.