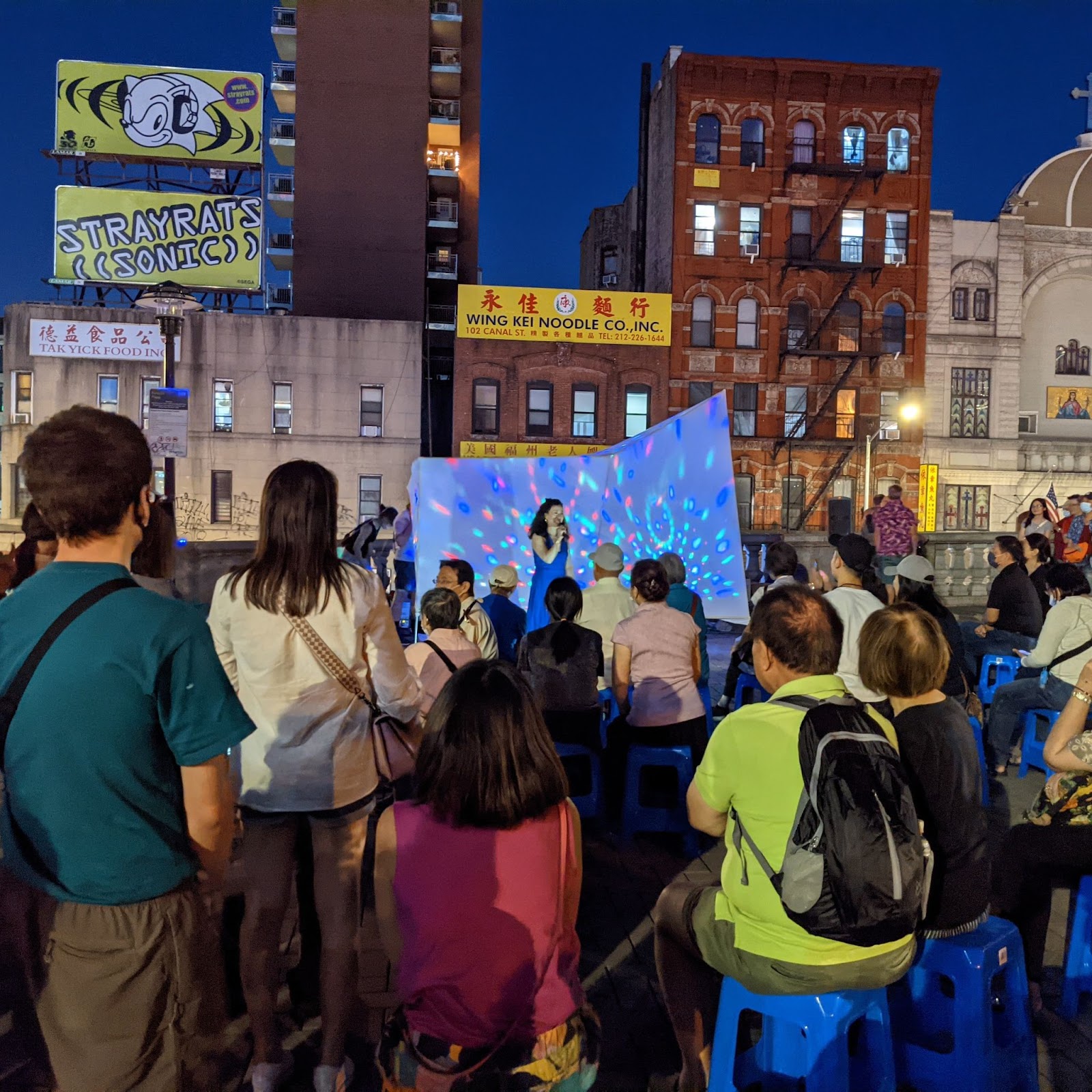 This season’s Chinatown Night Market will focus on food

BY GRACE SYMES | A new night market series is coming to Forsyth Plaza this summer, featuring Asian and Pacific Islander food and craft vendors and performers.

The first event will be Fri., May 20, from 8 p.m. to 11 p.m, and will feature a performance by the Japanese drumming ensemble Soh Daiko as part of the Coalition of Asian Pacific Americans’ 43rd AAPI Heritage Festival.

Forsyth Plaza is the elevated park area adjacent to the ramp up to the Manhattan Bridge bicycle path at Forsyth and Canal Streets.

Chinatown Night Market will consist of five monthly markets, and is part of a program to support A.P.I. vendors and create spaces for Chinatown residents to gather safely.

“It’s a twofold intention in this project,” said Yin Kong, the director and co-founder of Think!Chinatown, one of the organizations behind the market series. “One is to support our small and micro businesses here in Chinatown. But also we’re thinking about those who might have lost their jobs during a pandemic or their business and they’re trying to rebuild.”

This summer’s series is a continuation of last year’s Chinatown Nights, which Kong said got a great response, despite being put together so quickly that they didn’t have permits for food vendors so had to use food trucks instead.

“This year, we had a lot more lead time, a little bit more of experience, more of a team, a bigger budget,” Kong said. “We’ll be able to have food vendors on the site this year.”

Featured vendors will include Meat Asia, Choy Commons, Momo Delight, Pho Master, Twisted Potato, Xiang Mini Cakes, Ms. Jiang’s Juice & Desserts, Kopitiam, Alimama and Pinklady Cheese Tart. There will also be artisans demonstrating traditional folk art crafts, such as sugar painting and paper cutting. However, this summer’s focus will be firmly on the food, according to Kong. She plans to keep adding vendors throughout the summer.

Looking forward, Kong said Think!Chinatown has applied for funding to renovate Forsyth Plaza and make it more accessible for a wide range of community events. For this market series, the hosts are bringing generators because there’s no electricity available in the plaza. In the future, Kong hopes to see a “plug and play” situation that would allow community organizations to easily program events.

“I think there has been a lot of fear in our community about coming out, especially at night, even in our own neighborhood and using our own public spaces,” Kong said. “I think it’s important for healing, especially these past couple years, to have a space where we can be together.”