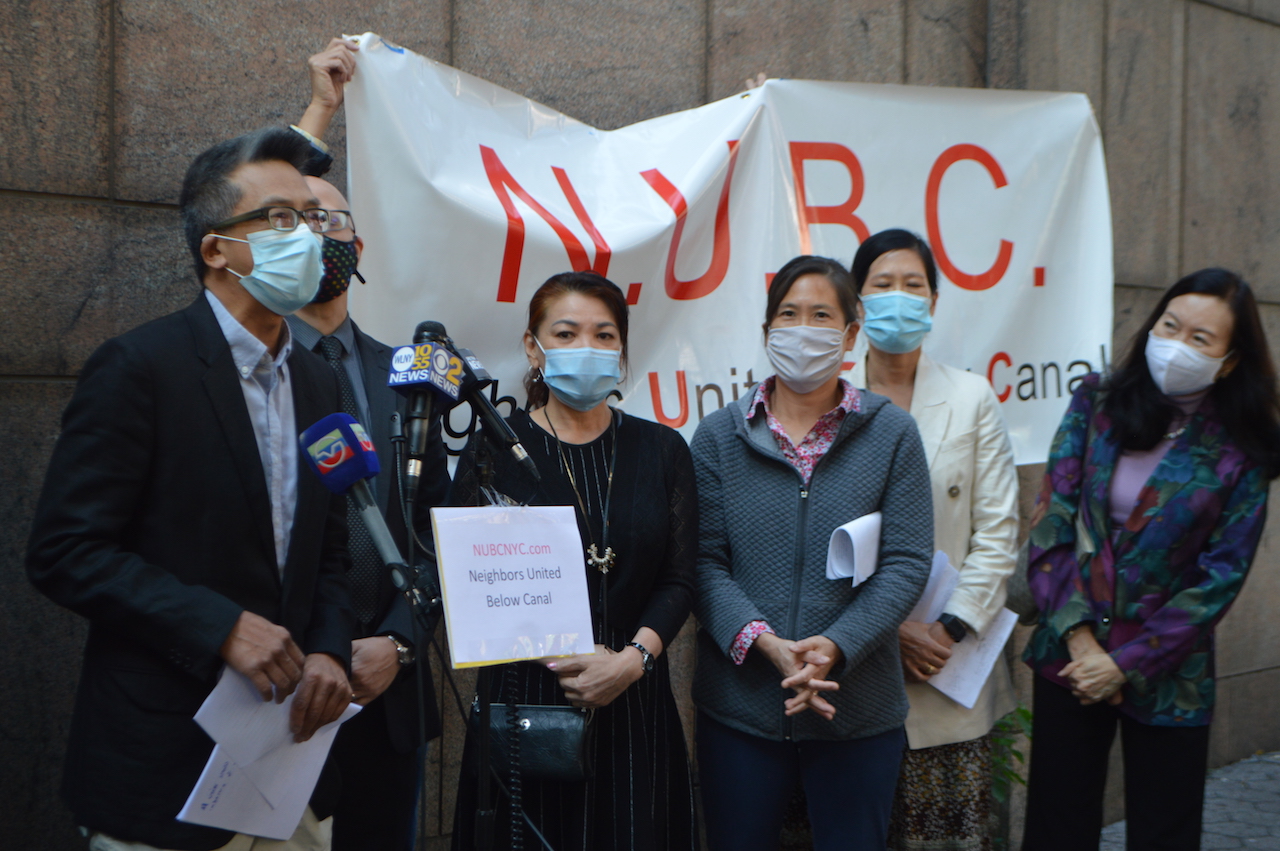 BY THE VILLAGE SUN | Neighbors United Below Canal’s lawsuit against the de Blasio administration’s new Lower Manhattan jail plan won an injunction against development last week, with a State Supreme Court judge sending the city back to the drawing board.

Basically, the Article 78 suit (which challenges a city decision) argued that when the city changed sites from the initial plans to build the new jail at 80 Centre St. to 125 White St., it neglected to redo the technical aspects of its planning approval process, such as the scoping and Environmental Impact Statement, or E.I.S.

Justice John Kelly’s ruling on Sept. 21 stated that the city violated procedure to such an extent, that it “undermined the integrity and fairness of the process.” The judge also agreed with NUBC’s oft-stated position that because of the severe health impact 9/11 had on Chinatown, the pollution caused by massive construction would critically damage the health of an already vulnerable population of seniors. This data was cited by New York University’s Langone Center for Asian American Health in their testimony.

Specifically, the ruling noted the city’s Department of Correction and City Council “failed to take the required ‘hard look'” at the prison project’s anticipated environmental impacts, and after completing the scoping (looking at potential negative impacts) for the rejected site, identified no alternative sites for the new jail, other than the one chosen, “thus violating both SEQRA [State Environmental Quality Review Act] and CEQR [City Environmental Quality Review].”

Furthermore, Kelly wrote, the city completed the E.I.S. and Uniform Land Use Review Procedure (ULURP) for the new jail project before it had been designed in its final form, “thus failing to define the project and improperly deferring a full review of the anticipated vehicular traffic impacts of the actual project on traffic and congestion in the surrounding neighborhood.”

The opponents objected that the new mega-jail project would demolish two existing prison buildings only to construct a single taller Lower Manhattan facility that would house more prisoners in total. They also charged that the process violated the “Fair Share Criteria” of the New York City Charter, which required an assessment to determine if the city was unfairly siting “undesirable municipal projects” in poor or minority communities that may already have “an abundance” of them. However, Kelly did not agree with the opponents on the “Fair Share” argument, saying he was unconvinced that one larger jail would have a greater negative impact on the area than the two existing prison buildings.

Kelly ultimately ruled that all City Council and city agency approvals for the prison project “must be annulled.” Slapping an injunction on the site, he said construction on the building cannot proceed, unless there is a new site-specific scoping session, with adequate notice to the public and with an “appropriate public comment period.”

The “remedy” for the city would be to amend and update its Final Environmental Impact Statement for the project, Kelly ruled.

It was not immediately clear if the city plans to appeal the ruling.

The new Chinatown prison was a part of the borough-based jails system effort to close Rikers Island. The project’s opponents say the nearly $2 billion of the overall $11 billion citywide jail expansion project that was allocated for Chinatown, during a pandemic and social unrest, must be more responsibly allocated.

“In the age of COVID, with incarcerated people suffering much higher rates of COVID, and the budgets of the schools, sanitation and city workers being slashed, it is immoral and now illegal for the city to move forward on a plan to expand incarceration,” Marte said. “It doesn’t add up fiscally, it is immoral from a justice perspective, and it is now upheld in court that the city tried to rush through a poorly thought-out proposal to jail our neighbors and further devastate Chinatown.”

Marte is running for City Council in Lower Manhattan’s District 1.

Jan Lee, co-founder of NUBC, said Chinatown won’t back down in its fight against the unwanted project.

“Chinatown has been hit hard by COVID, even before it came to New York,” Lee said. “We started fighting against the construction of a new jail because we didn’t believe any building could fix criminal justice, but we did believe that it could destroy a working-class immigrant and senior community. This victory is a testament to the strength of Chinatown’s commitment to justice. We will not back down to the mayor’s faulty and illegal plans.”