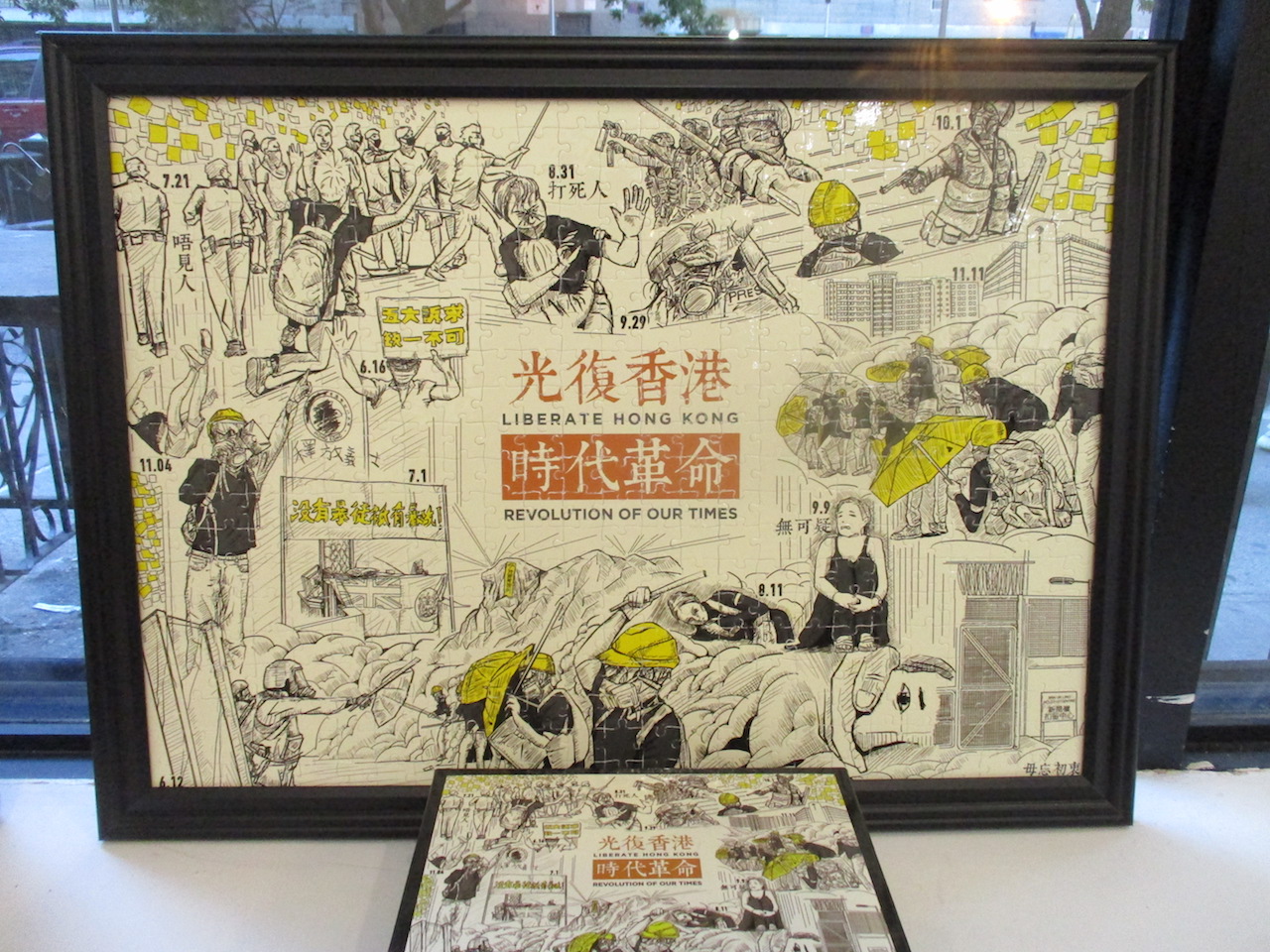 BY BILL WEINBERG | The Lion Rock Cafe is a “pop-up” art salon founded last year by “a group of New Yorkers who have their hearts in Hong Kong.” It’s named after the famous Lion Rock mountain overlooking Hong Kong, as iconic of that city as the Statue of Liberty is of New York.

The cafe has no fixed location, but this month hosted an exhibition at 69 Eldridge St., between Grand and Hester Sts., exactly where the Lower East Side starts to bleed into Chinatown.

Entitled “Disappearing Map,” the exhibit was undertaken in collaboration with two activist groups, Keep Taiwan Free and Students for a Free Tibet. It made the connections between the Taiwanese and Tibetan self-determination struggles and the pro-democracy movement in Hong Kong.

“People are defined and shaped by their cultures; however, many ethnic groups, such as Hong Kongers, Taiwanese and Tibetans, are persecuted and forced to abandon their identities, languages and cultures in the name of political union,” read the introductory text. “In face of discrepancies between their nationalities and their ethnic identities, some of these regions fought to maintain freedom. When homes are destroyed and voices are silenced, they hope to preserve their customs and history before their hometowns vanish from the map.”

Featured artists included Zunzi, Hong Kong’s notorious and biting political cartoonist. Several of his color drawings were on display, depicting symbolic and satirical representations of the fight that has mounted over the past year to maintain the city’s autonomy against Beijing’s growing control.

In one Zunzi cartoon, the Chinese mythological culture hero Sun Wukong, or the Monkey King, represents Hong Kong. This rebellious trickster spirit could only be controlled by a magic headband that a powerful Buddhist monk could remotely tighten on his cranium. In the cartoon, Sun Wukong writhes stricken on the floor while the monk, representing China’s ruling bureaucracy, sings the national anthem of the People’s Republic — the incantation that does its mojo on the headband.

The Co-Lateral Architecture Studio (CLAS) presented photos of its own mobile art installation entitled “Taiwan Matters.” The installation was a series of six seemingly abstract objects, each a few feet long, that actually fit together to form a representation in topographical relief of the island of Taiwan. The piece was displayed at various sites around New York City, including in front of the Museum of the American Indian at Bowling Green. The artwork was intended to spur discussion of Taiwan and its contested political status.

Representing Tibet, local activist Pema Dolkar presented “Forbidden Land,” a series of photographs of Tibetans dressed in the traditional chuba, the brightly colored wool coat worn especially by the nomadic peoples of the Himalayan plateau. The garment is often donned by Tibetans in New York and around the world on Lhakar, a weekly Wednesday celebration that seeks to keep alive the indigenous culture in the global diaspora.