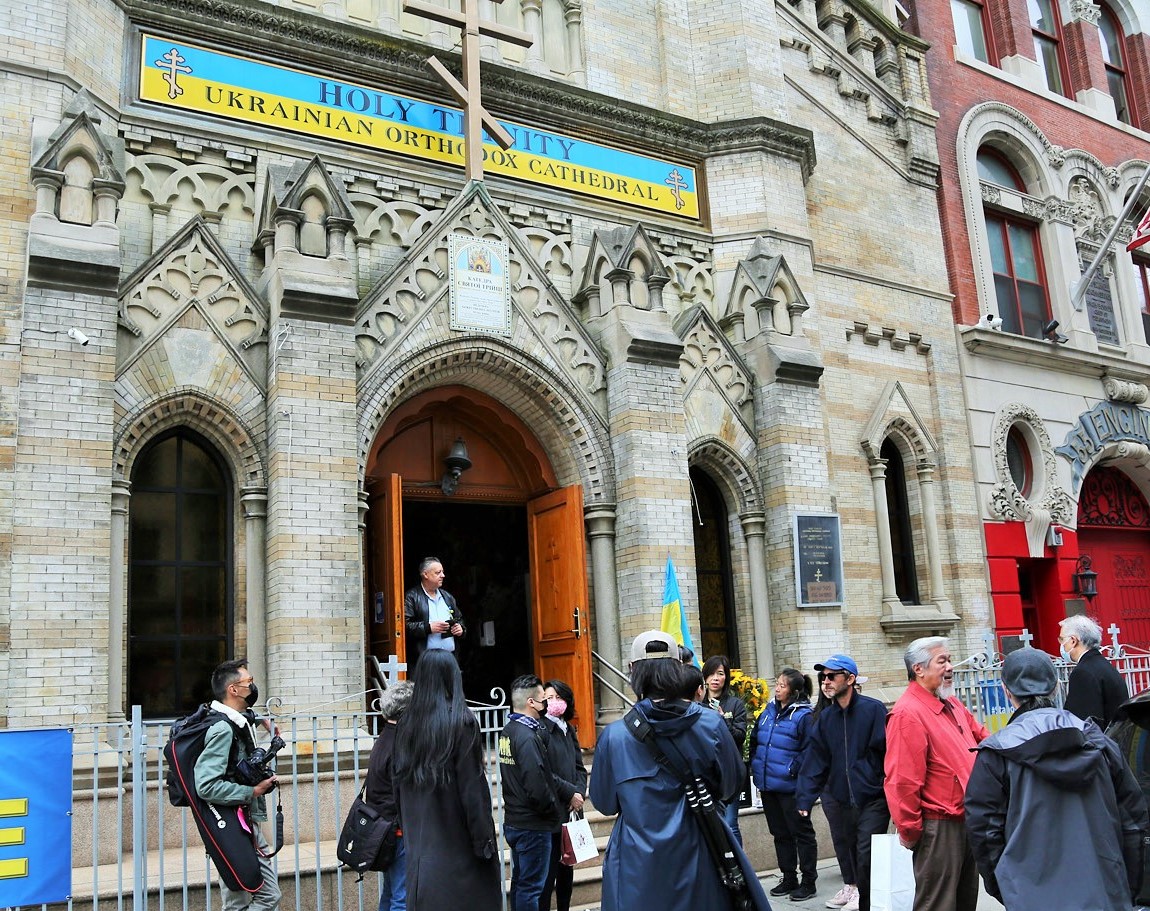 BY JEFFERSON SIEGEL | Russia’s invasion of Ukraine, resulting in the indiscriminate bombings of schools, hospitals and civilian areas, has drawn international condemnation. Weeks after the war began, Russia mercilessly continues to attack Ukrainian cities, sending millions of the nation’s population fleeing their homes, some for other parts of the country and others to neighboring countries.

“This is very important to me, watching the news every day,” Chan said. “It’s hard to believe that, in 2022, we have another madman putting the world on the brink of World War III.”

“Thirty thousand refugees are stranded in the United States,” noted the Very Reverend Todor Mazur, pointing out how the crisis is also directly affecting America. Mazur then read a prayer in both English and Ukrainian.

Andrij V. Dobriansky, the United Nations representative for the global Ukrainian diaspora, echoed what wall-to-wall news coverage has described over the past weeks.

The war, he said, is “a major humanitarian disaster that should not have happened.”

Reverend Bayer Lee of the 21 Pell Baptist Church in Chinatown asked the audience to give Ukrainians “a sense of humanity, a sense of compassion.”

In the Little Italy church’s basement, contributions of food, clothing, blankets and other necessities have piled up in boxes over the past few weeks. Volunteer Ludmilla Romamiuk said that, early on in the war, shipping companies offered to send the vital supplies overseas for free. Now, she said, they are charging, which is why Chan passed the basket around after the vigil, to collect cash and checks.

At this point, Romamiuk said, they don’t need any more clothing. Desperately needed now are medications, including aspirin and Tylenol, and canned food, plus, again, money to pay for shipping costs.

Reverend Mazur said anyone wishing to contribute can make a check out to “Holy Trinity” and mail it to the church at: