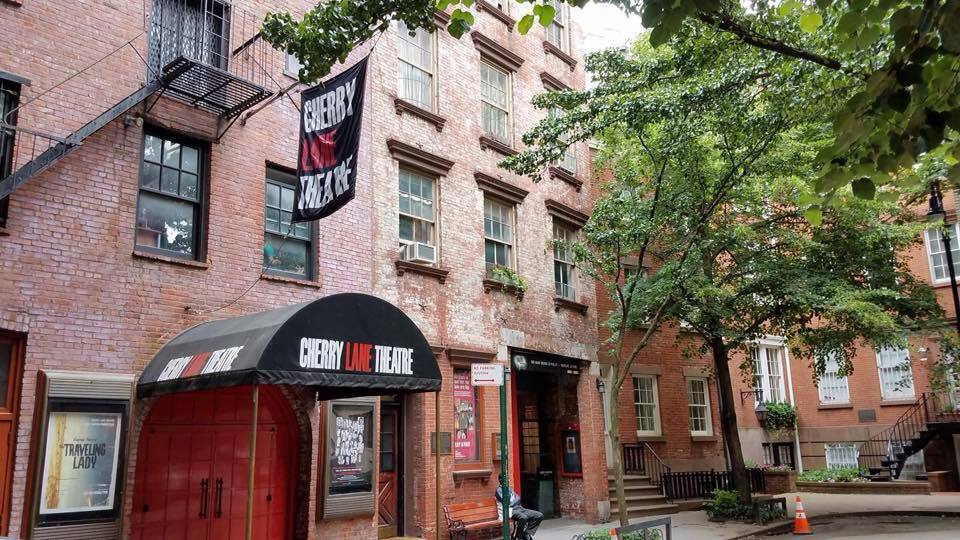 The Cherry Lane Theatre, the oldest continuously running Off-Broadway venue in New York City, has a new owner. The news was announced by Angelina Fiordellisi, the theater’s executive director since she acquired the building in 1996.

The Lucille Lortel Theatre Foundation has purchased the Cherry Lane Theatre, at 38 Commerce St., which is located a few blocks from the company’s longtime home on Christopher St. The sale price was $11 million. Under the leadership of Executive Director George Forbes, the new owners expect a seamless transition.

After purchasing the Cherry Lane Theatre 25 years ago, Fiordellisi oversaw a $3 million renovation of its 179-seat main stage and converted a former storage space into the 60-seat Studio Theatre, along with modernizing the lobby and public spaces. With its comfort and understated elegance, Cherry Lane has earned the moniker of the “Jewel of Off-Broadway.”

Under Fiordellisi’s leadership, Cherry Lane has served a wide variety of artistic interests in its main-stage productions and with its award-winning Mentor Project, which for 20 years has paired emerging writers with established playwrights in the development, rehearsal and fully staged production of their work.

“I am so thankful to all of the beloved artists and patrons for the extraordinary privilege, challenges, triumphs and inspirations they have given me over 25 years of service at Cherry Lane,” Fiordellisi said. “It has been a great run. To stand on the stage where so many of our greatest artists, crews and theater providers have stood is to know what theater history really feels like. I wish every success to my friend and colleague George Forbes and the estimable Lucille Lortel Theatre Foundation as they continue the important work of serving artists and audiences in New York.”

“The Lucille Lortel Theatre Foundation expresses our extreme gratitude to Angelina Fiordellisi for her stewardship of the Cherry Lane Theatre,” Forbes said. “Through her longstanding tenure and leadership, she has helped to propel the work of countless artists and has made the venue a staple of New York City’s cultural life. It has been our great privilege to serve as the managing agent of the theater under Ms. Fiordellisi’s leadership for the past 10 years. The foundation is excited to expand its footprint and preserve another historic Off-Broadway theater in Greenwich Village. With the addition of two new stages, we look forward to announcing several new programs shortly, serving more artists, companies and audiences.”

Notable productions during Fiordellisi’s tenure include Horton Foote’s “Traveling Lady” Chuck Mee’s “First Love,” Joy Behar’s “Me, My Mouth and I,” “To the Bone” by Lisa Ramirez, “One Night” by Charles Fuller, Rajiv Joseph’s “Huck and Holden,” “The Revisionist” by Jesse Eisenberg, the musical “Nunsense,” Edward Albee’s “The American Dream” and “The Sandbox,” Amiri Baraka’s “Dutchman,” Katori Hall’s “Hoodoo Love” and “Open Heart” by Robby Benson.

Cherry Lane Theatre was originally built as a farm silo in 1817, and later served as a brewery, tobacco warehouse and box factory. The barn was transformed into a theater by vaudevillian actress Evelyn Vaughn and colleagues, including Edna St. Vincent Millay, in 1923. Over the past 98 years, Cherry Lane has presented plays by some of theater’s most iconoclastic writers, including Sean O’Casey, Clifford Odets, Gertrude Stein, William Saroyan, Eugene O’Neill and Tennessee Williams.

Plays by Edward Albee were frequently produced on the Cherry Lane stage, along with those of his contemporaries Lanford Wilson, Terrence McNally, Lorraine Hansberry, Amiri Baraka, Sam Shepard and Samuel Beckett, whose “Happy Days” had its world premiere there in 1961. A frequent patron at Cherry Lane, Albee was a founding mentor when Fiordellisi and Susann Brinkley created the Mentor Project 20 years ago. Other founding mentors were Tony Kushner, Wendy Wasserstein, Charles Fuller, A.R. Gurney and Michael Weller.

Under Fiordellisi’s continued direction, the nonprofit Cherry Lane Alternative expects to resume a scaled-down Mentor Project (likely one production per season, instead of three) in the building’s Studio Theatre. A series of master classes with leading theatrical figures have been converted into podcasts and are available to the public.

Earlier in July, Cherry Lane Theatre became the first major Off-Broadway theater to open to full capacity post-lockdown with its hit production of Jacqueline Novak’s “Get On Your Knees,” currently running through July 31.