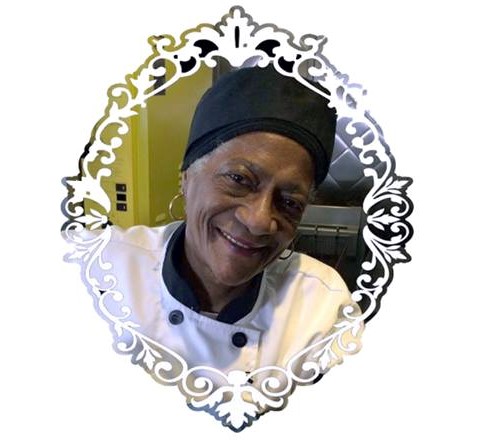 Adela Fargas, pictured in a photo from her memorial invitation, died in January 2018. Her son Luis Rivera has carried on the business since then.

But, incredibly, it could happen if the legendary Puerto Rican eatery’s lease renewal isn’t renegotiated.

Meanwhile, the restaurant and a local real estate broker are fighting back, planning a star-studded protest on Sat., Dec. 11, that they say will include the likes of rapper Fat Joe, actors Rosario Dawson, Luis Guzman and John Leguizamo “and many more.”

In addition, several days before the protest, there will be a press conference on Tues., Dec. 7.

Known as the Godmother of Loisaida, the restaurant’s namesake, Adela Fargas, passed away in her early 80s in January 2018. She was a fixture cooking on Avenue C since the 1970s, starting out at another spot nearby before moving to 66 Avenue C, near E. Fourth Street. Her seasoned roasted chicken was her speciality.

Since Fargas’s death, her son Luis Rivera has kept the pots going, at 66 Avenue C, near E. Fourth Street. But, to hear him and an ally tell it, the board of the Housing Development Fund Corporation that runs the low-income building now clearly appears to want Casa Adela out.

The H.D.F.C. recently offered Rivera a lease renewal but the terms would be impossible for him to meet, he said. The first year’s rent would be $4,000 a month, which is manageable for him. After that, though, it would shoot up to $7,000 a month, a rent he could not afford.

Frank Gonzalez, the founder of Loisaida Realty, is helping Rivera try to deal with his predicament. He said the restaurateur just wants “a fair offer” from the H.D.F.C., which would be an annual rent increase of from 1 percent to 3 percent.

“They’re not being flexible and obviously they want to push him out,” Gonzalez said. “This building is supposed to be for low-income renters and businesses, for people indigenous to the neighborhood.”

Rivera said he doesn’t know why the board members — or particularly the board president — want him out.

“If there’s a hidden agenda, I don’t know — if she didn’t like me or my family,” he wondered.

There was one specific issue, though — an apartment upstairs that Fargas lived in. Her daughter cared for Fargas during the last year of her life, then moved into the unit herself.

Rivera has since relinquished the apartment to the H.D.F.C., though does admit he would like to get it back. But the restaurant lease is the bigger issue for him, he stressed.

Before Fargas died, filmmakers Gary Cruz and William Rosario made a documentary about her, “Last One Standing.” They said they felt it was important to honor her as a local matriarch and icon who ran the neighborhood’s last authentic Puerto Rican restaurant.