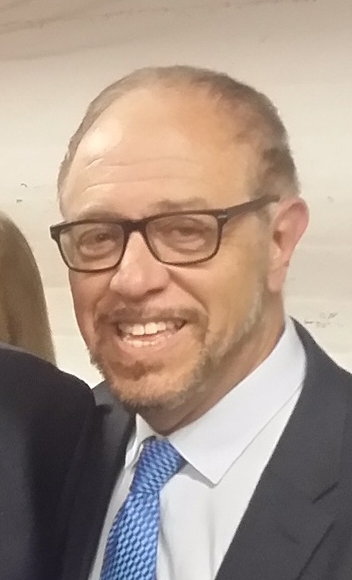 BY LINCOLN ANDERSON | Well, the 14th St. busway is up and rolling, and City Hall and local pols are touting its success for shaving up to 10 minutes off straphangers’ rides between Third and Ninth Aves.

But the hotly debated transit project may have also set something else unanticipated into motion. Namely, Arthur Schwartz, the lawsuit-slinging lawyer and chief scourge of the busway, says the issue has spurred him to seriously mull running for City Council.

Schwartz said he’ll decide soon — within the next three months — whether to campaign for the District 3 seat now held by Speaker Corey Johnson, who will be term-limited out of office at the end of 2021.

“I would say the busway is what got me to consider studying doing it,” Schwartz told The Village Sun, “because I felt that people in Chelsea and the Village — which is a big part of the district — weren’t being represented.

“I would fight to get rid of the busway,” he vowed.

Johnson, at times, pulled his support back from the busway before its launch. But after the busway finally started rolling on Oct. 3, he became one of its biggest boosters, saying the city “should look at” replicating it on other crosstown Manhattan streets, like 34th and 42nd Sts.

Schwartz, for one, thinks Johnson has cast his lot with Transportation Alternatives, in the hopes that they represent a voting bloc — with wealthy backers — that could help him win the mayor’s race. However, Johnson also seems sincere in his stated goal of wanting to “break the car culture” of New York City.

Before Johnson, the district was represented by Christine Quinn, who also rose to become Council speaker, then ran for mayor, just as Johnson is doing now.

Schwartz said the fact he filed a lawsuit to stop the busway heartened the many local residents who oppose the novel project, which is the first of its kind in New York City.

“People were so happy to have someone like me representing them,” he said.

The so-called Transit and Truck Priority plan is being pitched as an extra-long 18-month pilot project. But, like many others, Schwartz doubts the city really intends to roll back the drastic new traffic change for the major Downtown crosstown artery.

“Somehow I have a feeling that the current quote ‘experiment’ won’t end before April 2021,” he predicted.

He said, if he runs, he would hope to team up with other candidates on the idea of rolling back the busway.

One solution could be for the busway only to operate during rush hours, since fewer buses run during other times, he noted.

“It’s called scheduling,” he said of how the number of buses on the street fluctuates.

Other planks of a possible Schwartz Council campaign would include mass transit (he specifically mentioned subways), school funding and affordable housing. And the longtime waterfront park activist said he’s feeling reconnected to the Hudson River Park, after recently threatening to sue if legislation was passed approving a massive office building on Pier 40. Governor Cuomo vetoed the bill, so the lawsuit is no longer needed.

Schwartz is also very concerned about how the Village has become one of the city’s most expensive areas, while also having very little racial diversity.

“It’s very hard for any young people to live here,” he said, adding, “C.B. 2 is the whitest district in America, I swear. I believe it has 2 percent black and Hispanic together and 4 percent Asian. That’s something that needs to be addressed.”

Over all, he said, “I would focus, in general, on communities being better listened to.”

Schwartz said he still has “a little time” to make his decision since the primary election won’t be until June 2021. Yet, other Downtown politicos are already gearing up for City Council runs. For instance, he noted that Chris Marte is running for Lower Manhattan’s City Council District 1, where Margaret Chin is in her last term.

District 3 includes part of the Village, plus Chelsea and Hell’s Kitchen. An expected candidate is Erik Bottcher, Johnson’s well-liked chief of staff. Activist Marni Halasa, who lives near Hudson Yards and is a skating instructor at Sky Rink at Chelsea Piers, also plans to run in the Democratic primary. Halasa recently switched her party registration from the Greens, feeling it’s too hard to seek office as a third-party candidate in New York.

In the past, Andrew Berman, executive director of Village Preservation, has expressed interest in the City Council, but he recently told this reporter he’s content in his current position.

“Erik isn’t openly running but I know that he is considering it,” Schwartz said. “I like him a lot, we’re friends. He’s a really nice guy. We get along well and share a lot of ideas.”

Although Schwartz said he himself is a nice guy, too, he added, with a laugh, “But I know how to be mean when I have to be!”

Schwartz, who is 67, is straight but would be running in what has traditionally been known as the City Council’s “gay seat.” He said he is aware that not being gay could be a factor. Bottcher is openly gay.

“Well, that’s one of my concerns,” Schwartz admitted to The Village Sun. “It became a gay district when Tom Duane was elected. It was districted as a gay seat. You’ve had three gay councilmembers in a row.”

Schwartz ran for Assembly versus Deborah Glick in 2016. But he pulled out of the race that July after suffering a heart attack amid the stress of a heated campaign. He had undergone bypass surgery 10 years earlier and had been fine until then.

This time around, he said, he is feeling in great shape and more energetic and his health is not a concern.

“Now I understand the warning signs,” he said, “and I lost 25 pounds — that has made a big difference.”

Recalling that aborted race three years ago, Schwartz said, “Glick hated me. I disliked her. I don’t hate Erik at all, one iota. I think he’s a really wonderful guy.”

Always a maverick on the Downtown political scene, Schwartz conceded that Bottcher would get the lion’s share of political support if they both run. Yet, the attorney said he has never put much stock in “names on paper.” At the same time, Schwartz said he hopes he would get the backing of Public Advocate Jumaane Williams, who he strongly supported in his election. And he had Alexandria Ocasio-Cortez on his WBAI radio show twice before she was elected, and hopes she would also support him, if he ran. Ditto Assemblymember Harvey Epstein, whom he considers a friend. And four years ago, Schwartz was Bernie Sanders’s New York campaign counsel.

“Maybe I get Bernie — President Sanders,” he mused.

A veteran of many past elections, Schwartz is currently the Village’s male Democratic district leader, having formerly been the state committeeman, as well. He suggested Bottcher could run for district leader.

He said he has already talked with Bottcher about his interest in the Council seat. Both are members of the Village Independent Democrats club.

Bottcher did not immediately respond to a request for comment for this article. 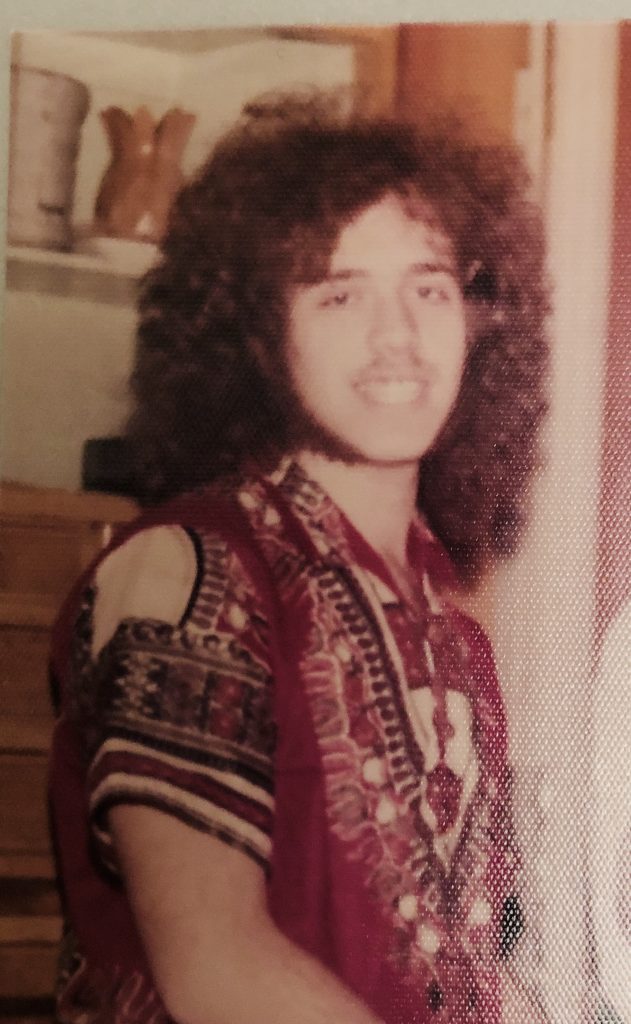 Schwartz’s radio show is actually something that might work against his running for City Council — basically, because he loves doing it. He doesn’t think he would be allowed to have the program on the nonprofit station if he is running for office.

“I enjoy what I do on the show,” he said, adding that, in its Monday 5 p.m. slot, it’s WBAI’s most popular “drive time” weekly program. Among his guests, he has featured up-and-coming politicians and progressives.

“I get politicians — A.O.C. to [state Comptroller Thomas] DiNapoli,” he said, “the whole new crop of people who were elected, [state Senators Alessandra] Biaggi, [Andrew] Gounardes. I’ve had Lauren Ashcraft who’s running [against Congressmember Carolyn] Maloney. I have a lot of people from the green energy movement, justice reform. I’ve had Nina Turner, the national co-chairperson of Bernie Sanders’s campaign, one of the best speakers I ever heard.”

A big part of why Schwartz values the radio show is because he sees it as a powerful vehicle for promoting change — it gets the message out on a large scale.

“My philosophy is politicians aren’t going to do anything unless they’re pushed by a mass movement,” he said.

When The Village Sun first called Schwartz on Monday, he was heading in to record a segment on organizing communications workers nationwide. The interview resumed again later, after the show. (The shows are also podcast.)

A labor and civil-rights lawyer by trade, Schwartz was the general counsel for the Transport Workers Union from 2001 to 2006, which he said was probably the busiest and most “intense” time of his life. Right now, though, he’s definitely at a high point in his career in terms of all the pro-bono community lawsuits he has going all at once.

Basically, he is currently single-handedly litigating many of Downtown Manhattan’s most pressing local issues of the moment.

For starters, Schwartz has filed three lawsuits against the 14th St. busway — one of which twice blocked the project’s start at the last minute. As this article was being written, he filed a fourth one, a Freedom of Information Lawsuit (FOIL) against Polly Trottenberg, the commissioner of the city’s Department of Transportation. The suit demands that D.O.T. turn over data and studies on area traffic before the busway started operating. According to the lawsuit, D.O.T. promised to provide the information by October 2019 but never did, in violation of the Public Officers Law.

In August, after one of Schwartz’s lawsuits resulted in a second stay of the busway’s start, TransAlt staged a raucous protest outside his W. 12th St. home, demanding he drop the suit. Eventually, a judge allowed the transit plan to start, but Schwartz still plans to appeal the ruling.

Like many residents, Schwartz’s main concern about the busway is that it would shift cars off of 14th St. and onto the area’s surrounding side streets, like his own.

He is also about to sue — on behalf of disabled advocates — over the New York City Transit Authority’s removal of bus stops on the Lower East Side on the M14A/D routes to speed up Select Bus Service.

In addition, within the next 10 days, Schwartz plans to file court papers on the East Side Coastal Resiliency project, the city’s anti-flooding plan to raise East River Park by 8 feet. His argument is that since the plan would “alienate” the park from public use for several years, during which it would be under the control of the Department of Design and Construction, Albany must vote on the plan.

Yet another of his lawsuits is to keep Beth Israel Medical Center’s current Gramercy location open. He is arguing that Mount Sinai — which plans to build a smaller Beth Israel hospital at E. 13th St. and Second Ave. — cannot legally shut down or move out various units in a piecemeal manner at the current hospital campus without doing a full environmental study. Schwartz is awaiting the judge’s decision.

“He could order restoration of services [that have been] shut down,” Schwartz said. “He could say, ‘Don’t do anything else without an E.I.S.,’” meaning an environmental impact study.

And he represented WBAI FM recently when its national Pacifica leadership tried to shut down the legendary left-wing station. Pacifica’s former leadership wanted to sell off WBAI’s prime 99.5 spot on the radio dial for a reported $15 million.

Schwartz won the case, leading to a restructuring of Pacifica’s board.

“I’m now general counsel for the whole network,” he noted.

And, over the years, he has a good track record of winning his community lawsuits, whether it be keeping a Costco off of W. 14th St. or winning a ball field on Pier 40.

Whether he can win a race for City Council, and whether he decides to run, remains to be seen.