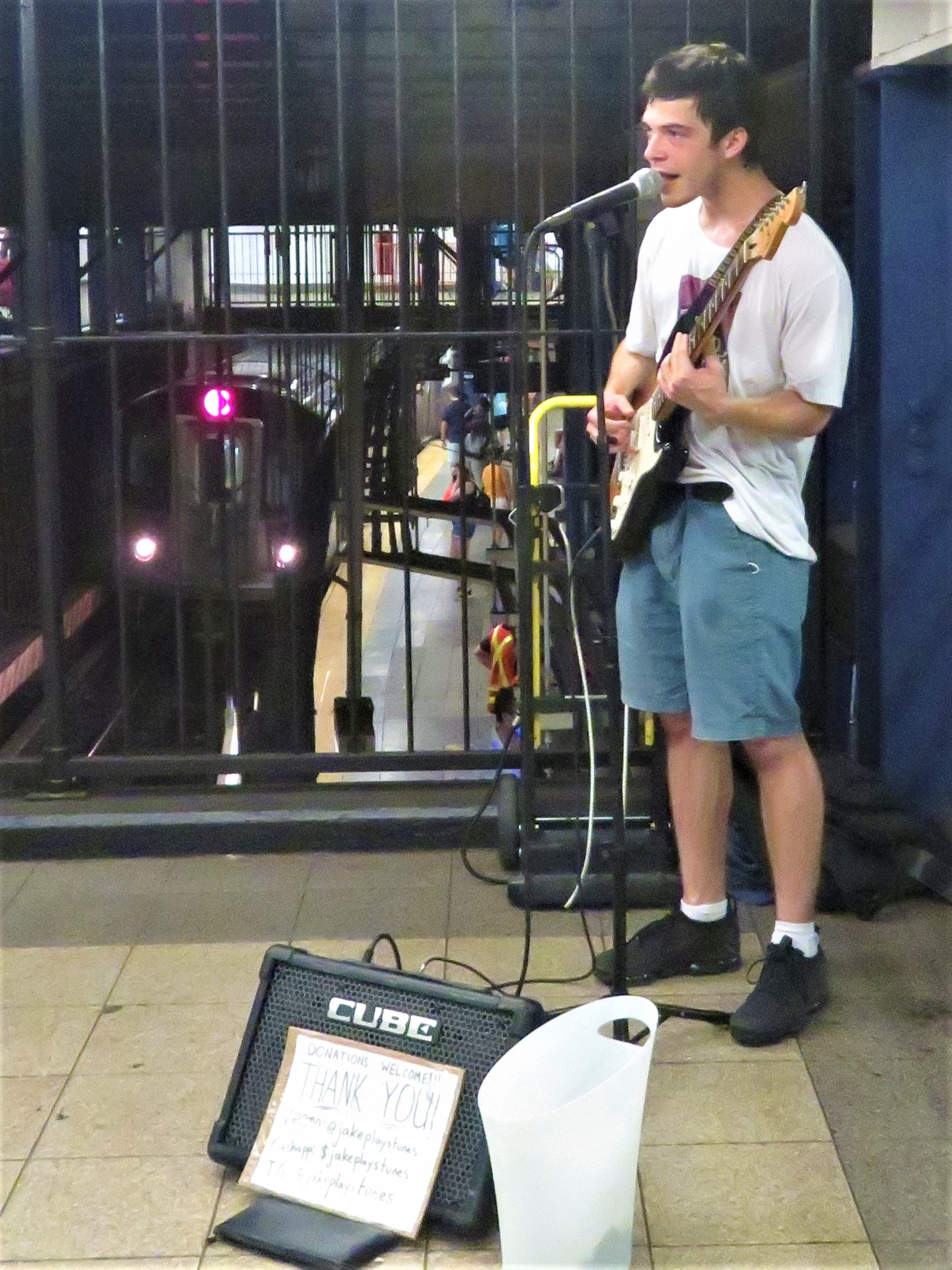 Busking in NYC: What’s legal and what isn’t?

BY EVERYNIGHT CHARLEY CRESPO | You are a musician and you want to perform in public, but you don’t have a professional gig tonight. What to do?

You can play in public spaces in New York City and accept voluntary donations. Get your tip bucket, and display your professional handle and your money-transfer services (Venmo, CashApp, PayPal). If you do it right, you can earn a fair amount of revenue in just a few hours. You might want to take a look at the city’s legal guide first, however.

Unamplified Street Performances: Unamplified musicians can perform legally without a permit on most sidewalks and in most public spaces. You can play between 9 a.m. and 8 p.m. if you are within 50 feet of a residential building and until 10 p.m. anywhere else. Your chosen performance space must be at least 500 feet from schools, churches, hospitals and courthouses during operating hours.

Amplified Street Performances: Permits are required for performances using a sound device, such as an amplifier, speaker, boombox, megaphone, etc. Apply for a Sound Device Permit at your local police precinct during regular business hours. The cost is $45 per day. Granted, most amplified musicians would rather take their chances with the law and not pay for a permit.

Performing in or Around Public Parks: Whether you are amplified or unamplified, some locations in parks and playgrounds are off limits. First of all, do not use park benches, tables, ping-pong tables and other “furniture” for either yourself or your gear. In areas where a medallion is set into the ground, performers must play directly behind the medallions; these medallions can be found in Battery Park, on the High Line, in Union Square Park and certain areas of Central Park. Maps of the approved performance locations in these parks are available online in the city’s FAQ sheet for performers.

If your music is amplified, you must apply for a Parks Special Event Permit. Applications must be filed at least three weeks in advance, and will cost $25 for up to a month of performances. You may need to apply for a sound permit through your local police precinct, as well. Some musicians say that stating that their performance is a political or religious event increases the likelihood that their application will be approved. Once again, most solo musicians and small combos take their chances and perform without a permit. If you are bringing in a stage and sound system, however, you really need to consider getting that permit.

Subways: Musicians can play in subway stations without a permit. Acoustic performances are allowed on subway platforms. Amplified performances must be on subway mezzanines. Musicians are not allowed to play inside the subway cars themselves, though some do. Read the Metropolitan Transportation Authority’s rules of conduct.

Musicians must not block any access, including doors, elevators, escalators, fire extinguishers, stairs or walkways within the subway system. Stand 25 feet away from booths, 50 feet from offices, and nowhere near  construction areas. Musicians must keep the music under 85 decibels and allow people to hear loudspeaker announcements. Musicians cannot sell merchandise, including CDs. The fines for violating the M.T.A. rules can be costly.

For a choice high-traffic spot on subway mezzanines and in commuter terminals, like Times Square and Grand Central Station, many subway performers apply to Music Under New York (MUNY), an M.T.A. program that coordinates schedules and prime locations for MUNY members. Applications are available on the MUNY Web site from January through March, and are due by mid-March, along with a sample of the artist’s music and a biography. Those that pass the M.T.A.’s initial selection process will be invited to a live five-minute audition. If the M.T.A. approves the application, the musician’s membership lasts a lifetime, and they will get customized MUNY banners to display during performances, guaranteed time slots and invitations to perform at special events.

Staten Island Ferry Terminals: Performers need to apply for a Ferry Terminal Performance Permit online in order to sing, dance or play instruments at Staten Island Ferry terminals. They can get these gigs by applying and auditioning with the M.T.A. MUNY program. If a musician is approved, the city’s Department of Transportation will issue a permit. Musicians are not allowed to play on ferry boats.