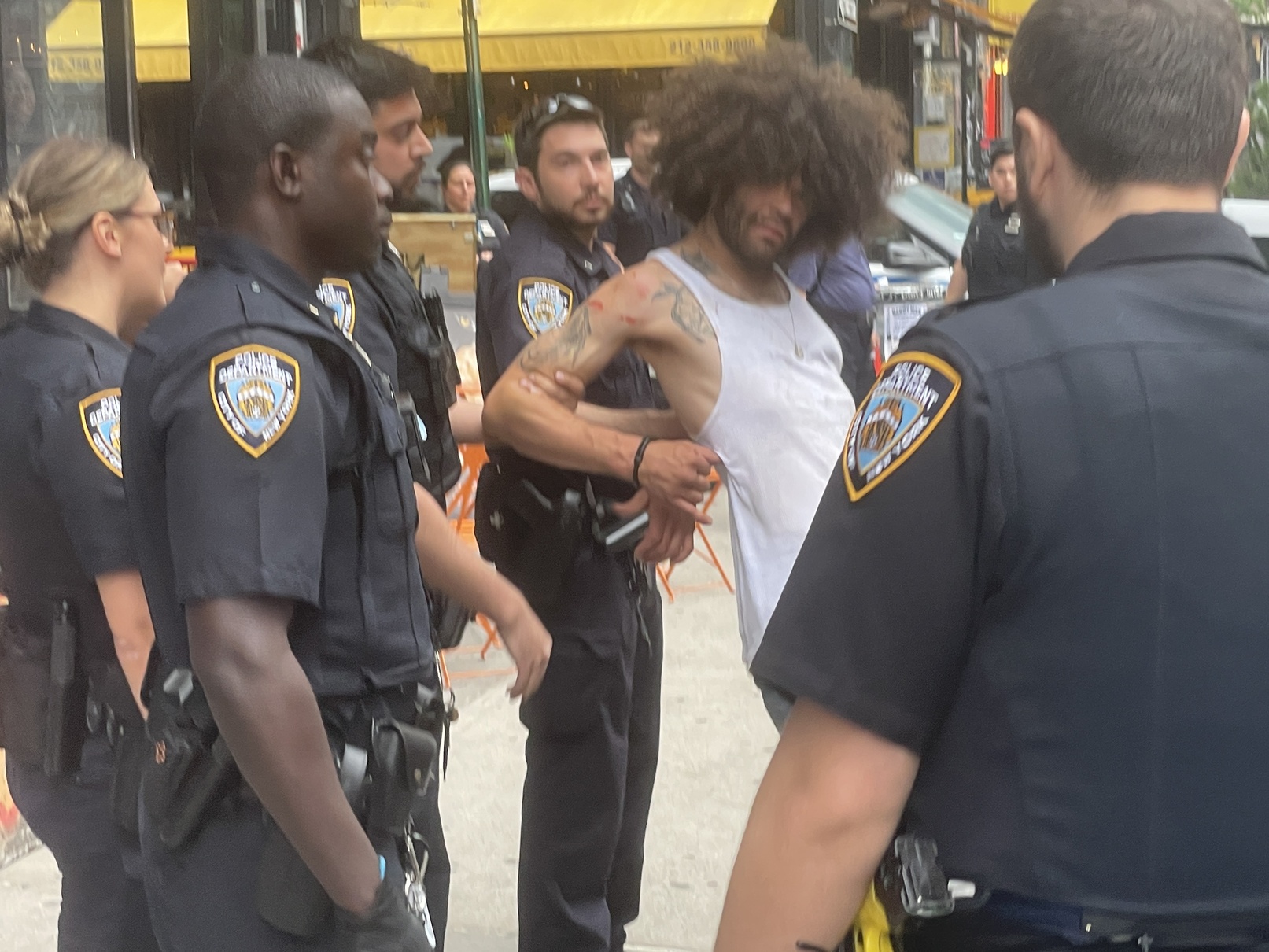 Police arrest a man on Ludlow Street for allegedly stealing a beer and harassing people. (Photo by Clayton Patterson)

BY THE VILLAGE SUN | A barefoot man who allegedly stole a beer from a Lower East Side Bangladeshi convenience store Saturday after acting “menacingly,” was arrested by police — only to then headbutt and break the window of a nearby Chinese grocery store.

That’s the version of events that local documentarian Clayton Patterson got when he arrived on the scene to photograph the arrest.

The man reportedly swiped the beer from M.A. Grocery, at 127 Ludlow St., between Rivington and Delancey Streets.

After he was arrested by police, the man then reportedly banged his head on the window of the Chinese store — the way people sometimes hit their head against a wall in frustration, Patterson said. Asked if the man had possibly been pushed into the window, he said that’s not what he gathered at the scene.

The documentarian, who lives a couple of blocks away on Essex Street, said situations on the Lower East Side can escalate very quickly nowadays due to the drugs out there, which spark volatile reactions and which partly likely explains the heavy police response in this case.

It wasn’t immediately clear, though, if the man was, in fact, on drugs.

“K2 is out of control,” Patterson said, referring to synthetic marijuana. “A lot of people go from menacing to injuring people really quickly. So they’re dangerous. And that’s an important point of the story. Down here there’s a lot of knifings and stabbings. People are out of control and they’re dangerous. And there are a lot of them. And it’s really affecting the neighborhood. One of these K2 smokers murdered that Asian girl [Christina Yuna Lee] on Chrystie Street.”