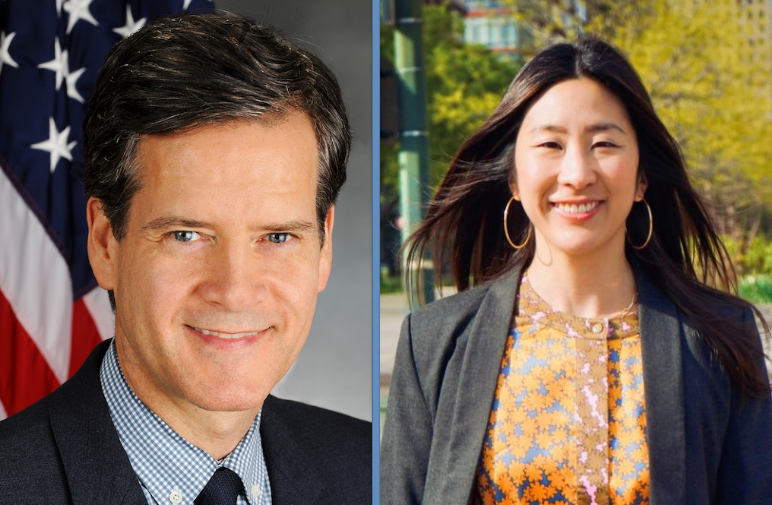 BY THE VILLAGE SUN | Dan Goldman racked up the support of two prominent Lower Manhattan leaders on Friday.

“Dan Goldman will be an excellent representative for Lower Manhattan and Brooklyn, and I’m proud to endorse his candidacy for the 10th district,” Hoylman said. “Dan has a long track record of service to our community and country. And — just as I am working to hold Donald Trump and his acolytes like Rudy Giuliani accountable here in New York State as the chairperson of Senate Judiciary Committee — I know that Dan will be the powerful voice we need in Congress to stand up to them in Washington, D.C.”

“I am proud to endorse my friend Dan Goldman, a longtime Lower Manhattan resident and the former lead impeachment counsel for the impeachment investigation of then-President Donald Trump, who held Trump accountable for the abuse of his office,” Lee said. “I know from my work as the New York events director for Swing Left in 2018 — when we helped flip the House of Representatives — that we can’t just elect any Democrat; we have to elect a congressmember who has the experience to fight the biggest threats to our democracy and fundamental rights. That leader is Dan Goldman, and I look forward to partnering with him to hold powerful interests accountable on behalf of the people.”

“State Senator Brad Hoylman and Grace Lee are model public servants whose service to Lower Manhattan has improved the lives of countless New Yorkers,” Goldman said. “I look forward to working closely in partnership with them as we fight to enact a progressive vision of the future that addresses the most pressing issues we face as a city and as a nation.”

Hoylman currently reprsents the 27th District, including Greenwich Village, Chelsea, the East Village and Lower East Side, Hell’s Kitchen, Midtown East and the Upper West Side. However, due to redistricting, he’s now running for reelection to a West Side district that only contains a small part of the area south of 14th Street, including the Meatpacking District and some of the surrounding blocks of the Village. He lives in the Village.

Lee is the Democratic nominee for the 65th Assembly District, which includes Chinatown, the Financial District, Battery Park City and the Lower East Side. A community organizer and small business owner, Lee co-founded Children First, a parent-led coalition fighting for the safe cleanup of a toxic mercury site — ringed by children’s schools — in the South Street Seaport where the Howard Hughes Corporation plans a residential tower.

Goldman lives with his family in Lower Manhattan. Before serving as lead counsel for the impeachment investigation of Trump for abusing his office for his personal interest regarding Ukraine, Goldman served for a decade as an assistant U.S. attorney for the Southern District of New York working with Preet Bharara. He prosecuted violent criminals and gun trafficking, Mafia bosses and Russian organized crime, as well as insider trading and corporate fraud cases.

The Democratic primary in New York’s 10th Congressional District is on Tues., Aug. 23.