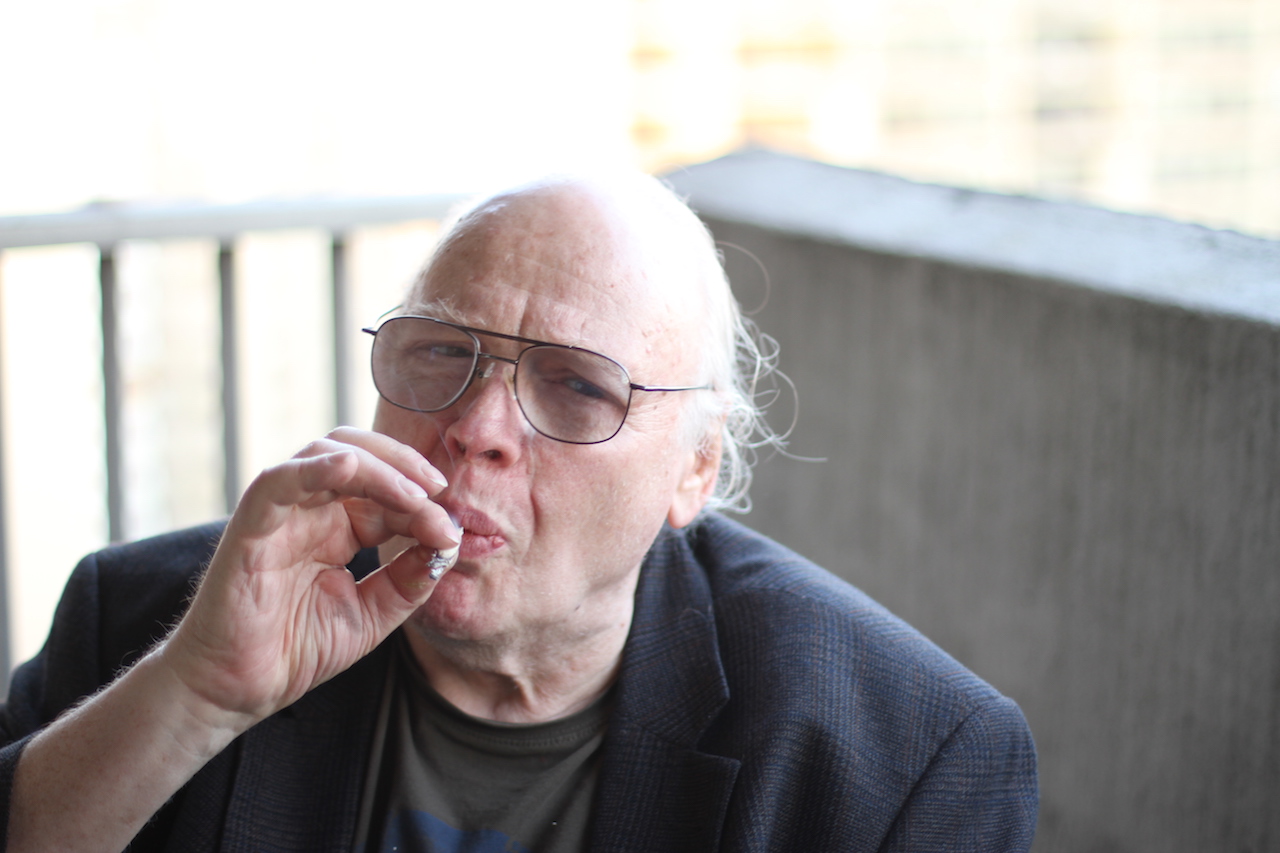 BY PAUL DeRIENZO | Iconic WBAI radio host Bob Fass died on Saturday at age 87. Although he had been hospitalized earlier this month for COVID-19, the cause of death was congestive heart failure, according to his wife Lynnie Tofte.

Bob was one of those artist geniuses who defies genres and refuses to be characterized by others. He found the perfect outlet for his homegrown style of free-form radio at New York City’s WBAI. His show, “Radio Unnameable,” was an outlet for a host of quirky characters and often covered breaking news on the fly.

Trained as an actor, Bob Fass was hired in 1963 by Pacifica radio, WBAI’s parent company, to host a show for five days a week at midnight. It was at the start of a revolutionary epoch that would thrust WBAI and Bob Fass into a new world. The title told it all, taken from a Samuel Beckett novel he was reading, “The Unnamable,” a story without plot or setting. “Radio Unnamable” wasn’t the first free-form radio show but it was the best.

The many guests who appeared on “Radio Unnamable” brought the show a cult status at a time when draft resisters and hippies and radicals were creating an alternative reality sometimes known as the underground, a counterpoint to the mass culture of mainstream America.

He introduced his audience, “the cabal,” he called them, to Bob Dylan, who appeared under pseudonyms and played an early version of “Blowin’ in the Wind” on air. Arlo Guthrie premiered his anti-war opus, “Alice’s Restaurant.” Fass hosted falsetto-voiced Tiny Tim, Phil Ochs, Frank Zappa and Joni Mitchell and Beat poets Gregory Corso and Allen Ginsburg.

The popularity of the show grew quickly and Fass flexed his media muscle with a “Fly-In” at John F. Kennedy Airport. There was no stated purpose for the gathering, yet on a cold January night, 3,000 revelers showed up.

The next action was for a “good purpose” and inspired by the Diggers: a “Sweep-In” to clean up a garbage-strewn street east of Tompkins Square Park where Paul Krassner lived.

It was satirist Krassner who, along with Fass, Jerry Rubin and Abbie Hoffman, in 1967 started the Youth International Party, after Hoffman led a group that tossed dollar bills onto the floor of the New York Stock Exchange as a protest of corporate greed. Later that year, thousands of Yippies took over Grand Central Station and were met with a brutal attack by cops after some radicals tried to remove the hands from the clock at the information booth. A protest against the tyranny of time.

“Radio Unnamable” became a community switchboard for Yippie events, culminating in the 1968 Democratic National Convention, where the whole world was watching as Mayor Richard Daley’s cops ran wild in the streets. Fass followed the trial of seven defendants (eight counting Bobby Seale, whose trial was severed from the rest) for their anti-war activity, with nightly calls from Abbie reporting on the trial.

As the ’60s morphed into the Me generation in 1977, an outraged Fass got involved in internal station politics, opposing a new music-themed format that many saw as a sellout to commercial radio. Fass barricaded himself in the WBAI studios, then housed in an Upper East Side church. Other programmers seized the transmitter at the Empire State Building. The format changes were blocked, but Fass was fired and banned from WBAI for five years. He returned to a one-night-a-week show in 1982 after a stint at a New Jersey free-form station, WFMU. The smell of marijuana often perfumed the studio after his show. Fass never made more than $175 a week in his life according to reports.

In 1986 an accused drug dealer named Larry Davis, later Adam Abdul-Hakeem, was involved in a shootout in a Bronx apartment. Six cops were wounded and Davis temporarily escaped. He became a folk hero of sorts, known as the “dude who elude” for his daring escape. After several acquittals, based on allegations that corrupt cops were protecting drug dealers, Davis was eventually sent away for 25 years. During Davis’s incarcerations, Fass stayed in touch by phone from jail and followed his trials closely.

“Radio Unnameable” was a major outlet for information following the 1988 police riot at Tompkins Square Park, hosting a steady stream of anarchists, squatters, homeless inhabitants of the park’s tent city and musicians from the Lower East Side.

Fass wasn’t a storyteller, or an ideologue, he was a conductor, an impresario who mixed elements into a medley, a salad. He would begin each show by welcoming his “cabal,” implying his audience were more than passive consumers, but participants in an unfolding reality.

Fass’s influence molded WBAI’s legacy and image for decades, and he will be missed by legions of listeners. In a time when fake news and alternative facts dominate commercial media, Bob Fass will be remembered and missed as a champion of the poor and oppressed. In Fass and “Radio Unnameable,” people at the bottom of society and progressive voices always had a place on the radio dial.

DeRienzo is news director at WBAI and a former late-night host.