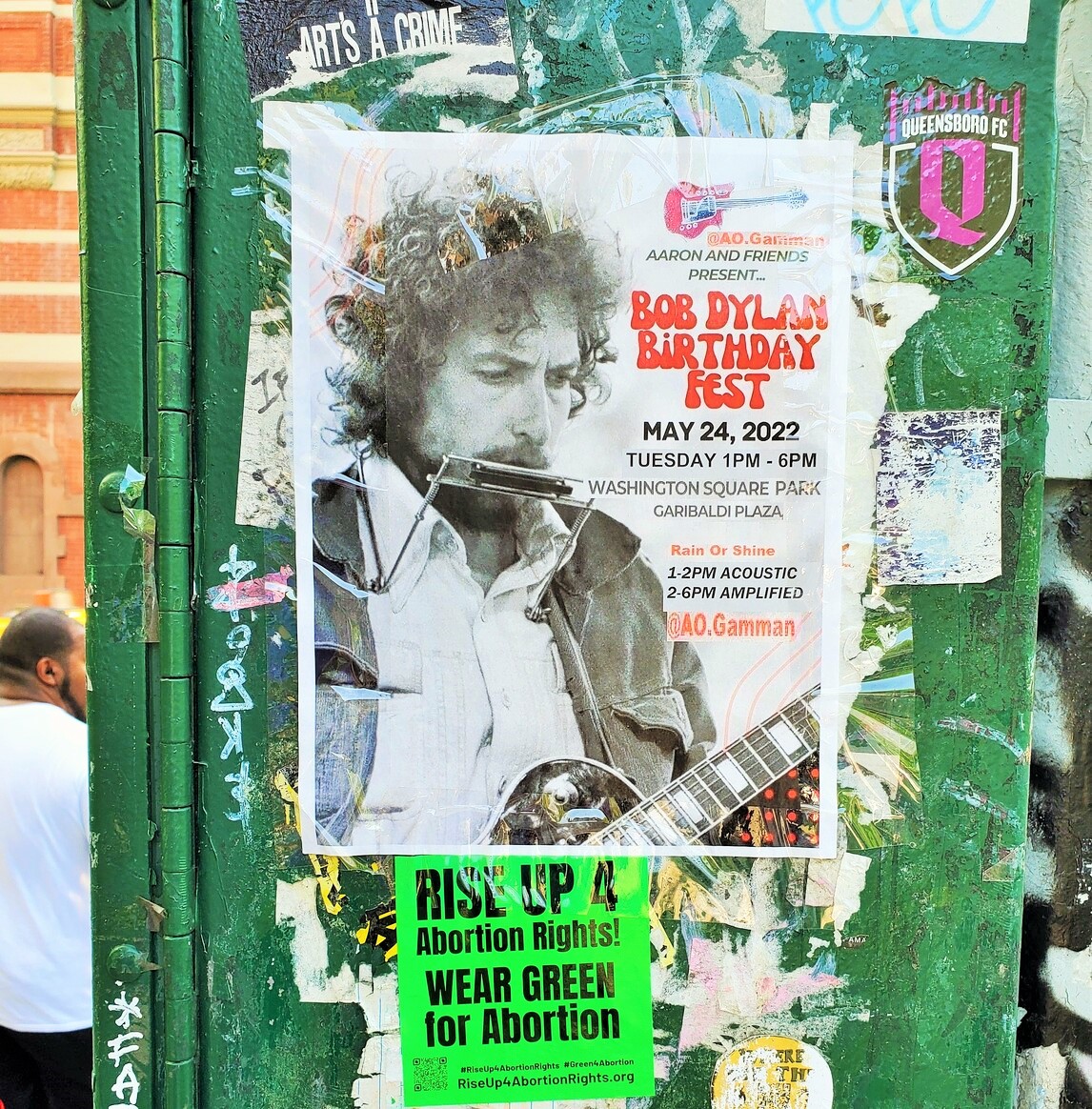 A flier for the event says it will be acoustic from 1 p.m. to 2 p.m., followed by amplified from 2 p.m. to 6 p.m. Amplified sound isn’t allowed in the park without a permit — but, hey, the times they are a-changin’.

And, then again — Dylan did go electric at Newport, right?

The event will happen, “hard rain” or shine.

The location will be the Garibaldi Plaza on the park’s eastern side. So the skateboarders there might have to make “like a rolling stone” and move, or at least do some trick jumps over the musicians.

And in the spirit of Dylan’s “Rainy Day Woman #12 and 35” (“Everybody must get stoned”), festgoers can stop by the copious pot vendors’ tables ringing the fountain plaza and pick up a “pre-rolled.”