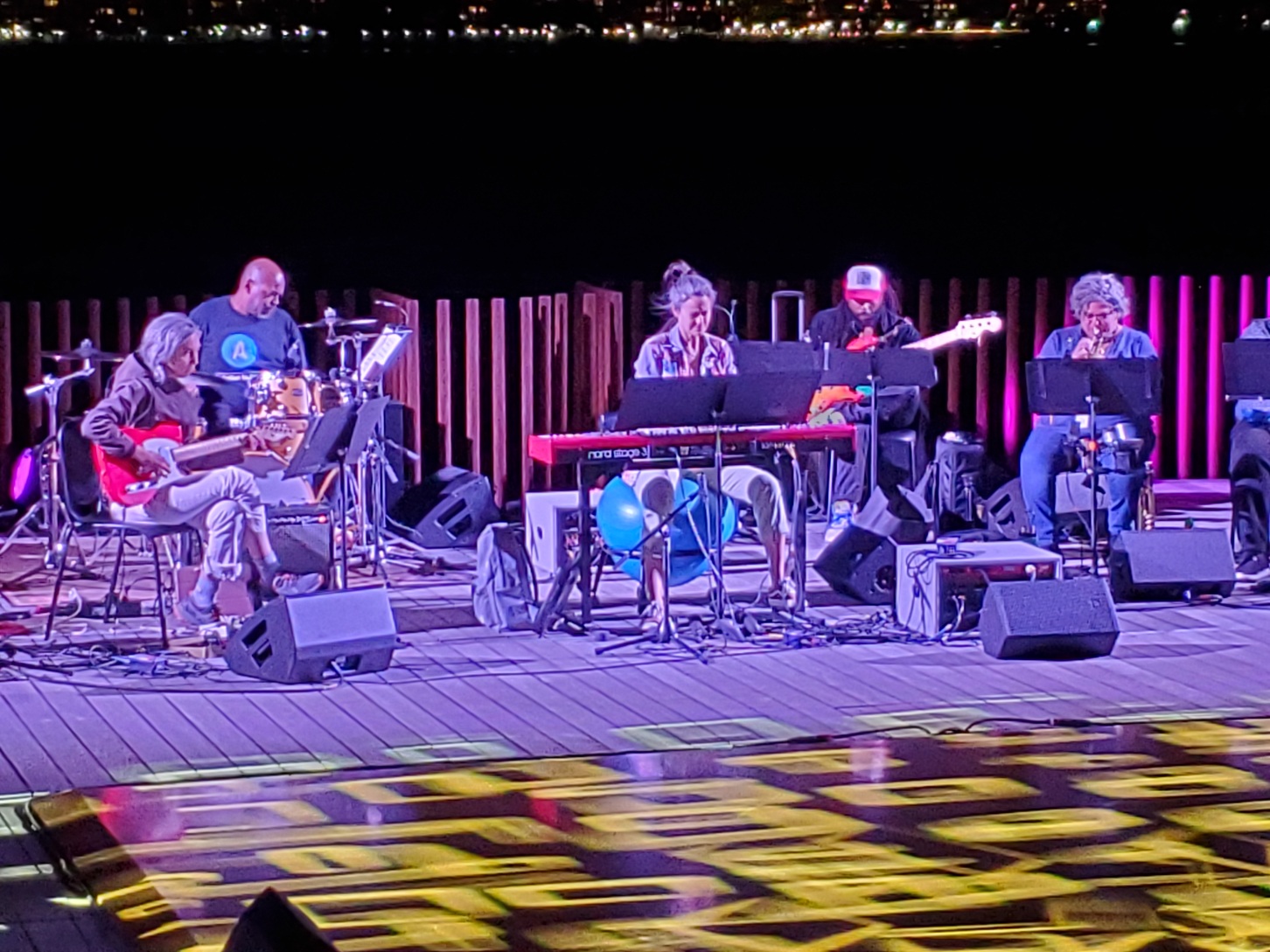 BY THE VILLAGE SUN | Three’s company at Little Island.

The Hudson River Park’s lushly landscaped “entertainment pier” will be putting on a series of performances, “The Big Mix,” that promises to offer “a whole new way to look” at three uniquely American holidays.

“The Big Mix” is being billed by Little Island as “a one-of-a-kind performance party — part party, part performance art, part vaudeville, part variety show, and a whole new way to look at three of our most joyous, most provocative, most historically challenging and most uniquely American holidays.”

Conceived and directed by Little Island artist in residence Tina Landau, each week will feature an ensemble of musicians, along with Little Island’s house band led by musical director Kimberly Grigsby.

The Village Sun caught the end of a recent rehearsal for “The Big Mix — Juneteenth” at Little Pier and the band sounded very good. And the cool, gentle breeze blowing in off the Hudson felt very good, too. People are free to watch rehearsals, for free, at Little Island.

Tickets for the performances, however, are $45; or $25 for over age 65 and under age 25. For tickets and more information, click here.