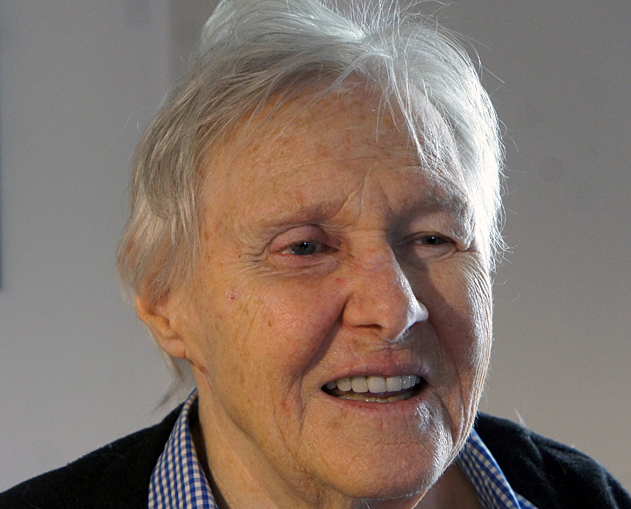 In her new book, “There at the Dawning: Memories of a Lesbian Feminist,” Barbara J. Love gives a front-row seat to strides in progressive activism through the 1960s and ’70s. She was part of the Second Wave of feminism, along with friends and cohorts like Kate Millett, Gloria Steinem, Florence Kennedy and so many others.

Fearless in her actions as a prominent lesbian activist, Barbara risked losing jobs and relationships as she refused to keep her identity hidden. She was on the board of the National Gay Task Force for 12 years. In 1971, she helped create Identity House, which continues to run as an L.G.B.T. volunteer counseling organization in New York. She fought for N.O.W. to recognize the rights of lesbians as a feminist issue. And she continually contributed to changes in discriminatory practices through her activism.

Barbara J. Love is also editor of “Feminists Who Changed America 1963-1975” and co-author of “Sappho Was a Right-On Woman,” considered to be the earliest nonfiction book that explores the transition from guilt to pride in being a lesbian.

Excerpt from:
“There at the Dawning: Memories of a Lesbian Feminist,” by Barbara J. Love

By the mid-seventies, the Gay liberation movement had made significant advances. In 1977, Miami was one of the earliest cities to pass a law banning discrimination against gays. This created a backlash in some quarters. Leading the charge was Anita Bryant, a Miss America finalist and conservative icon, who became a spokesperson for the campaign to repeal this law. She trashed gays with impunity in her efforts to prevent us from getting civil rights.

Among other things, her organization, Save Our Children, contended that gays should not adopt children because growing up with gay parents would influence children’s sexual orientation and encourage them to become homosexual, a claim not supported by research. This was in spite of reports that 3,400 children were in foster care in Florida waiting for adoption at the time.

Bryant was the enemy of every gay activist. But not only was her hateful rhetoric getting loads of press, she was also frequently on TV in a totally different guise, appearing in orange juice commercials as the spokesperson for Tropicana.

Here is where my rage and propensity for risk-taking combined with my professional success to make a difference.

My own journalism career had progressed. At this point, I had proved myself as an editor of trade publications and was editor of Supermarketing, a monthly magazine offering advice to 80,000 retailers on pertinent issues such as store layout, product promotion and security. In that role I gained specialized knowledge that came in handy in planning a protest action against Bryant.

Liz Shanklin, my partner at the time, and I were angry.
So, being adventurous, we decided to vent our frustration through an action.

ACTIVISTS AT THE WOMEN’S HOUSE

We introduced the idea of a guerilla action focused on Tropicana orange juice at the women’s house where we lived. According to my diary, we met in the garden and spoke quietly. Liz brought big nails, our weapon of choice, for each woman to participate in the plan to puncture cartons at supermarkets in the five boroughs. Liz and I were to do actions in Manhattan.

A press release was discussed to let the public know they should avoid Tropicana orange juice at all costs. Peg suggested we say Tropicana contained hallucinogens. Robin had a better idea: We should say that Tropicana was loaded with homosexual hormones. There were giggles. Maybe our friends were not treating this seriously. We were.

We called ourselves the Gay Guerillas. I don’t know if the others carried out the plan, but Liz and I did. Our literature made it look like we were a national, or even an international, organization.

The timing was perfect because Tropicana had a big ad campaign in New York.

The morning of our action I woke up to something touching my back. I thought it was the cat, but it was Liz gently and playfully walking her fingers up and down my spine.

We picked an A&P in the West Village for our first target. We entered it like terrorists on a mission. I was nervous but Liz’s calm demeanor gave me strength so that outwardly I appeared resolute and composed myself.

Making ourselves as inconspicuous as possible we threaded our way to the very back of the store because that’s where supermarkets usually display juice and milk. By having to navigate the aisles to get to essentials, the markets tempt you to pick up impulse items on the way. I was aware that after the deed the distance out would seem much longer than the distance going in.

Reaching the orange juice, we made sure no one was watching, took out our weapons and attacked. In our fury, we stabbed at the neck, then the body, then the feet of the carton. The juice spurted out from myriad holes and spread all over the floor. It was sticky underfoot. My heart was pounding. Experiencing an adrenalin rush as if I were in battle, I felt like I was stepping on the blood of the enemy.

So as not to attract attention, we had to restrain ourselves from running out. Now we had to look like two casual shoppers leaving empty-handed because we couldn’t find what we wanted. Still, we picked up speed. Liz was ahead. Being nimble on her feet as a dancer, she always walked faster. What if I was caught and she wasn’t? No time to think about that now. Escape was the goal.

The next time we repeated this action, we were veterans, a little less fearful. I think we only did this stunt twice. Liz called me at work to say she had hit six stores on her own.

But puncturing the Tropicana cartons promoted by Bryant was only part of the fun.

While the action did not get any coverage in the media, even though we left behind flyers explaining our purpose, my position at Supermarketing gave me the opportunity to ethically cross the line and do some (sort of) misleading reporting. In an anonymous article, I wrote that the retailers should beware of a national group called the Gay Guerillas which was out there destroying orange juice cartons in protest of Anita Bryant’s endorsement. I even suggested that store owners think twice about carrying this product. With Supermarketing’s readership including all major retail stores in the country, I assumed some stores would heed the warning and hopefully not carry the product.

Shortly afterwards, at a board meeting of the National Gay Task Force where I was on the Board of Directors, I happened to be sitting next to Jack Campbell, who managed bathhouses for gay men in Florida.

From his briefcase he pulled out a Gay Guerillas flyer, saying, “Now here’s a group that’s doing something about Anita Bryant.” I cringed because we were not the powerhouse organization the flyer seemed to portray, but I was also thrilled that knowledge of our mission had spread to the Florida gay community. Jack was obviously unaware that Gay Guerillas consisted of only two outraged — or outrageous — women. And I wasn’t about to set him straight.

Sometimes one or two people are all it takes to make an impact.

Barbara J. Love’s “There at the Dawning: Memories of a Lesbian Feminist” (April 2021, paperback, 238 pages) is available for purchase on Amazon.