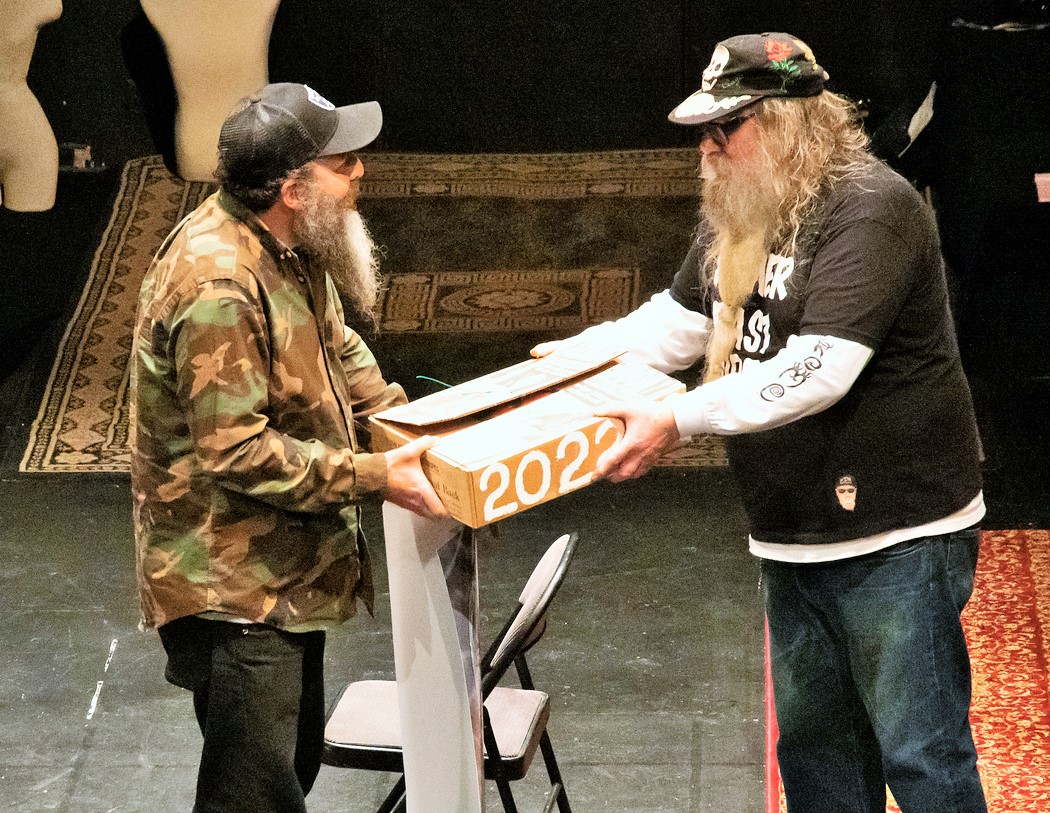 Clayton Patterson, right, handed Steve Marcus the box that each Acker recipient gets. Each awardee contributes one thing to the boxes. (Photo by Robert Butcher)

BY THE VILLAGE SUN | Creativity was in the house as the 8th Annual New York Acker Awards were held at Theater for the New City on Sun., Dec. 11.

Organized by local documentarian Clayton Patterson, the annual event was created to recognize cutting-edge, avant-garde excellence in the New York metro area, though most of the recipients are usually from Downtown Manhattan or have links to it in some way.

At the same time, the awards also mourn the passing of “irreplaceable individuals” who have exerted a profound influence on the scene and the world.

Annie Sprinkle received the Lifetime Achievement Award. In the 1960s and ’90s Sprinkle developed new genres of sexually oriented media, including edu-porn, docu-porn and post-porn, plus feminist erotica. In 2008, she and Beth Stephens married the Earth and launched the Ecosex Movement.

Along with Patterson, Phoebe Legere, the multidisciplinary artist, was the co-host for this year’s NY Ackers event.

“We believe that the New York Ackers’ recognition of those around us works to reinforce our collective memory,” Patterson said, “which in turn becomes a bulwark against the mass commodification of life that market forces use to grind away at what makes us unique and gives us agency. The journey continues. The community grows, and the avant garde carries on.”