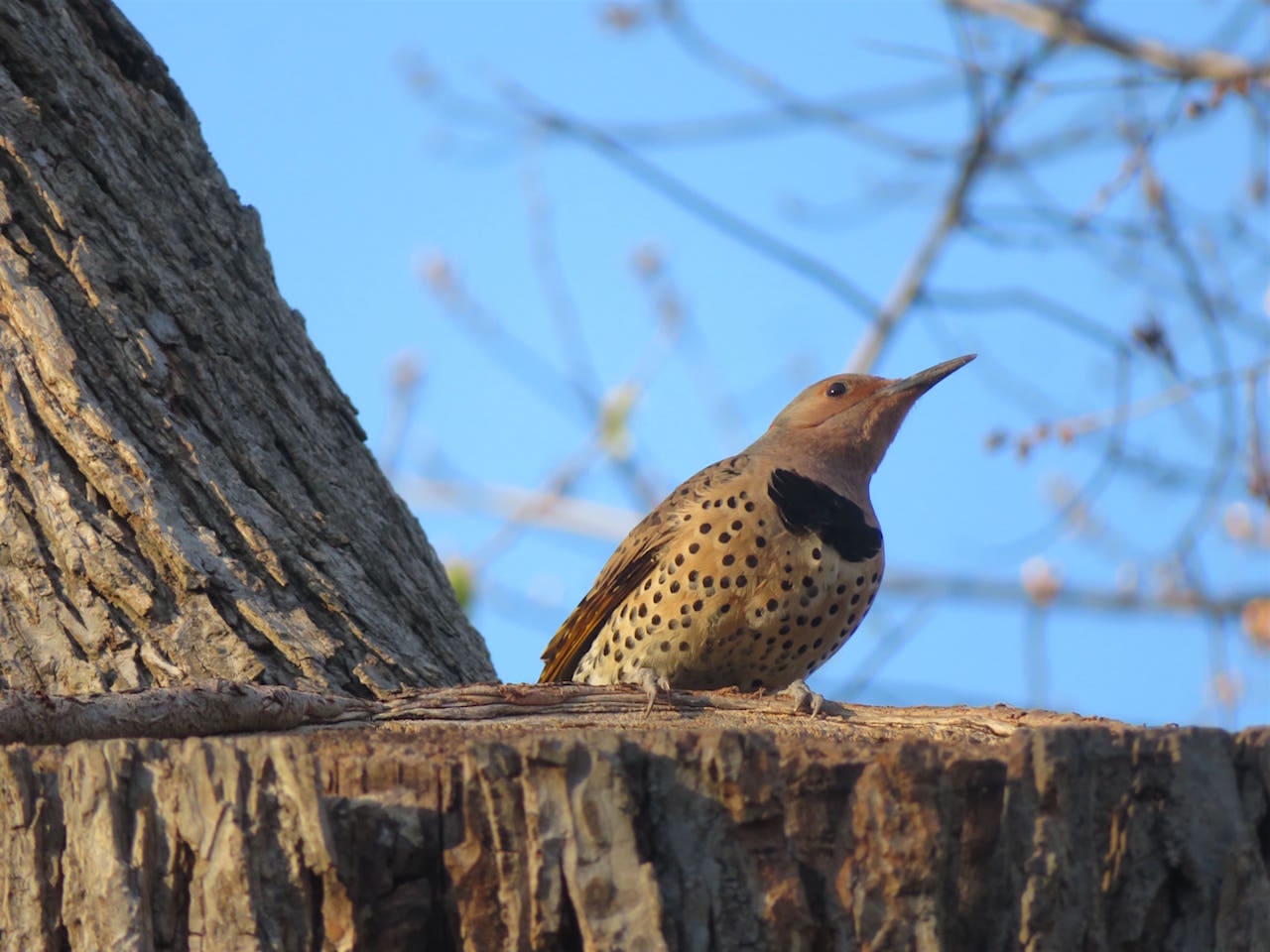 At your peck and call: Rare woodpecker in the park

They say birds of a feather flock together, but in this case it was two different bird species who were hanging out around the same boughs.

On Thursday, Everynight Charley Crespo was looking up at the hawk’s nest in Tompkins Square Park, when a migratory woodpecker landed just underneath it.

He snapped a bunch of photos of the purported ’pecker poking around for something to eat, then sent the pix to a friend with some knowledge of avians.

It turns out the bird was a northern flicker, a subspecies of woodpecker, and sightings in these parts are uncommon. Crespo’s pal said he and his fellow birdwatchers have also seen a yellow-bellied sapsucker and sometimes red-bellied woodpeckers and downy woodpeckers in the park.

The northern flicker is a medium-sized woodpecker, native to North America, parts of Central America and Cuba, and is one of the few woodpeckers that migrates. Apparently, these photos are of a male since it sports a red nape, sort of like a traveler punk’s bandana.

The northern flicker is also known by its other names, including yellowhammer, clape, gaffer woodpecker, harry-wicket, heigh-ho, wake-up, walk-up, wick-up, yarrup and gawker bird. Some of the names are meant to imitate the sound of its bird call.