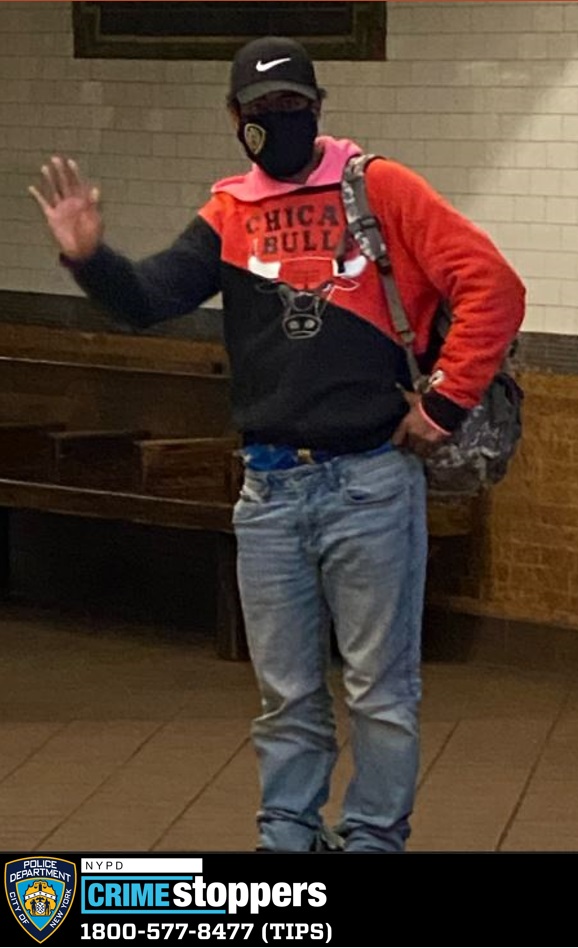 A woman told police this man stomped on her anti-Asian violence sign and then hit her in the face. (Courtesy N.Y.P.D.)

The New York Police Department’s Hate Crimes Task Force is investigating an incident in the East Village in which an Asian woman was punched in the face by a man after he literally trashed her protest sign.

According to cops, on Sun., March 21, around 11:37 a.m., a 37-year-old woman was passing 51 Astor Place (the I.B.M./”Death Star” building), at Fourth Ave., on her way to an anti-Asian violence rally, when she was approached by a stranger who demanded the sign she was carrying.

The bully tried to stuff the sign into a garbage can but, apparently failing to do so, then put it on the ground and stomped on it.

When the victim asked the man why he did that, he responded by punching her twice in the face with his fist, according to police.

The attacker then fled into the Astor Place subway station.

The victim — who, according to a source, is Asian — suffered a small cut and bruising to her lip, and also sprained her ankle while running after the assailant and videoing him as he headed to the subway.

In the video, the man points toward the subway kiosk as he strides toward it, as people nearby scatter out of his way. In a photo of him taken by the victim inside the station, he waves at her.

The victim was removed by E.M.S. to Lenox Health Greenwich Village, at 12th St. and Seventh Ave., for treatment.

The suspect is described as around 6 feet 1 inches tall, weighing 200 pounds, with a slim build, black hair and a beard, and last seen wearing a red-and-black Chicago Bulls hooded sweatshirt, blue jeans, a black baseball hat with a white Nike swoosh logo, a black face mask and dark sneakers and carrying a green backpack.