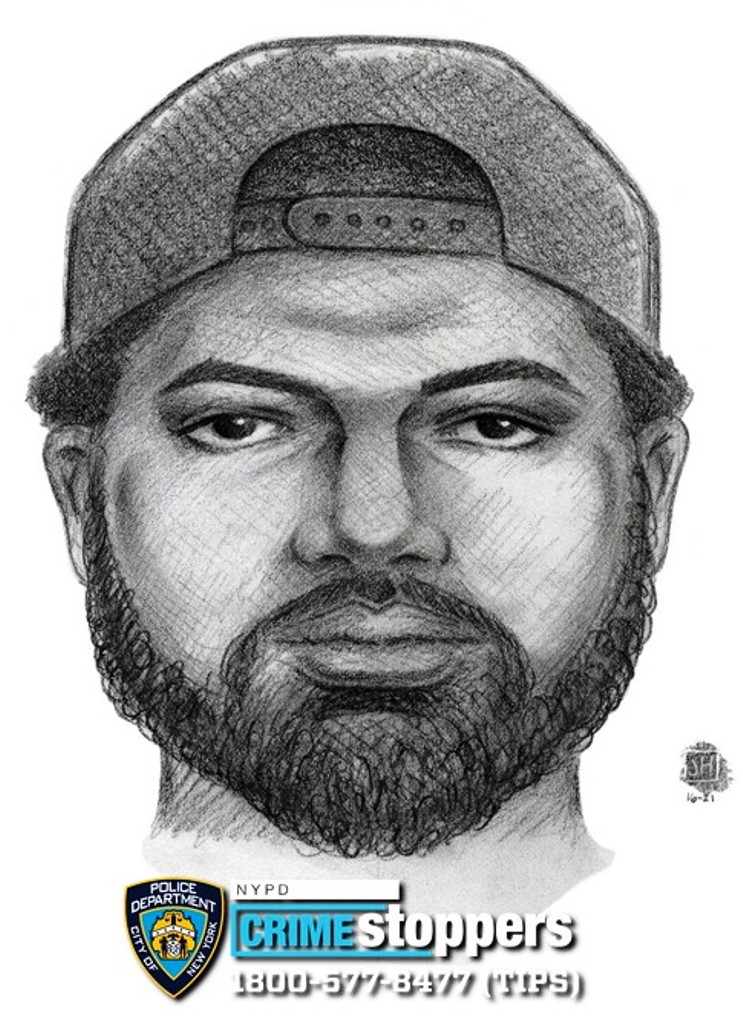 A police artist sketch of a man who allegedly punched an Asian-American woman in the face in the Second Ave. subway station last month. (Courtesy N.Y.P.D.)

BY THE VILLAGE SUN | Two women have been accosted in the F-train station at Second Ave. and East Houston St. over the past month, with one of them — a middle-aged Asian American — being punched to the platform, police said.

Police said that on Wed., April 28, around 6:40 p.m., a 47-year-old Asian American woman was walking along the East Village station’s southbound platform when a stranger approached and, without any prior interaction or words spoken, punched her in the face, sending her to the ground.

The attacker then fled the location in an unknown direction.

Although the victim sustained bruising to her face and head, along with leg pain and lacerations to both hands, she refused medical attention at the scene.

The N.Y.P.D.’s Hate Crimes Task Force is investigating the incident. However, a police spokesperson said that, since the attacker did not say anything during the assault, it would depend on if the suspect were arrested and if, for example, he subsequently said something, that could possibly make police classify it as a hate crime.

The suspect is described as around age 30, 5 feet 6 inches tall, weighing 180 pounds, with a full beard and short dark hair. He was last seen wearing a black hat, blue jeans and white T-shirt.

Cops provided a police artist sketch of the suspect.

A couple of weeks later, at the same subway station, on Sat., May 15, around 1 p.m., a 28-year-old woman was walking on the stairs near the street when a stranger grabbed her breast with his hand. The groper then fled on foot. The victim was uninjured.

The suspect is described as in his mid-40s, 5 feet 9 inches tall, with a medium build and black short hair and last seen wearing a blue hooded sweatshirt, gray sweatpants and black-and-white Nike sneakers.