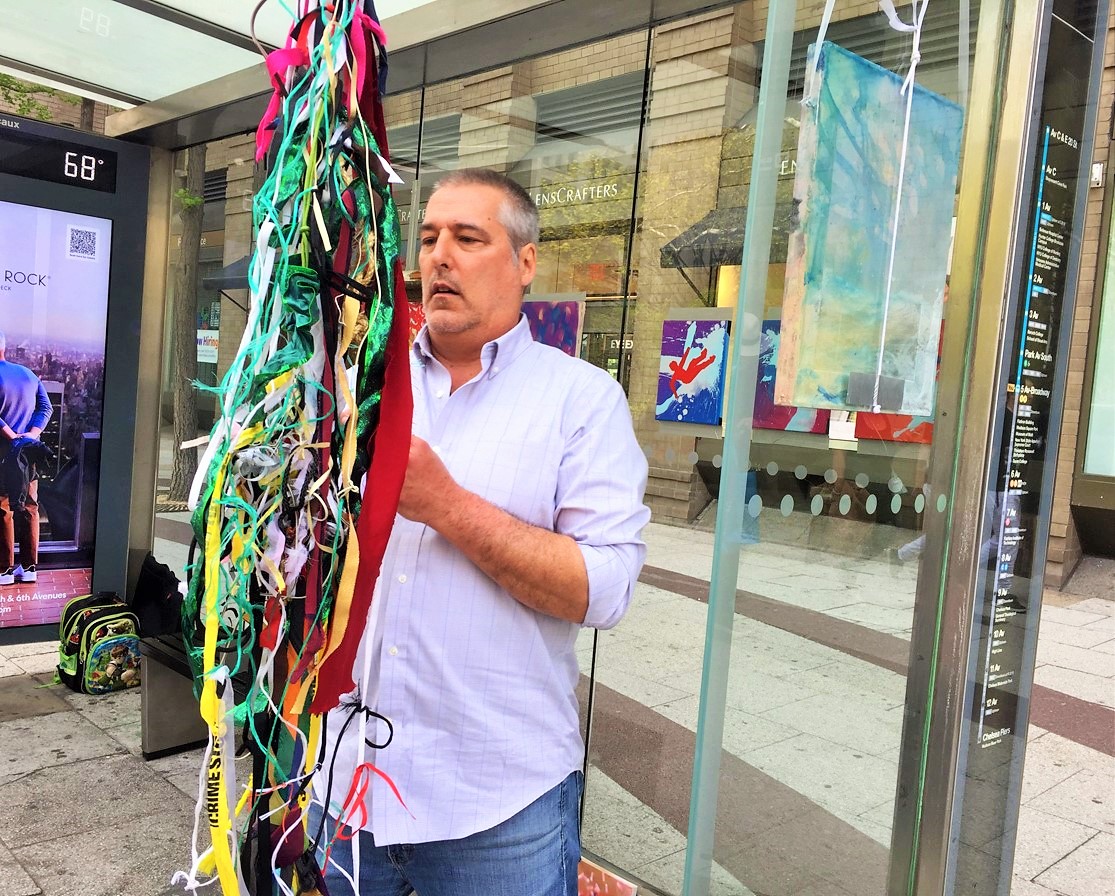 David Prusko worked on his artwork "Tied in Nots" on a bus shelter on 23rd Street at Broadway on Sunday afternoon. (Photo by © Jefferson Siegel)

Artistic fare at bus stops is his ticket

BY JEFFERSON SIEGEL | As a 23rd Street crosstown bus wheezed to a stop near Broadway on Sunday afternoon, David Prusko did not dash toward its door. Instead he continued hanging a collection of rope, string, caution tape and men’s ties from the bus shelter’s overhang.

Prusko, an art director and designer, was taking part in his very own “art in odd places,” a personal project he calls “Art Stop.”

“I appropriate city bus stops for the day and create an art show. I’m looking to put art in unexpected places,” he explained.

Prusko has been bringing his art to the streets for about 10 years. He expresses his vision in different ways: painting, sculpture, video, performance.

“This is called ‘Tied in Nots,’” he said while adding a dog harness to the collection of dangling items. Also hanging on the glass wall of the shelter were several of his small paintings.

Prusko said his displays are random and that he plans to hang them around town over the summer. He said that recently police in Chelsea twice asked him to remove his art, but that an officer in Harlem admired his work and left it alone.