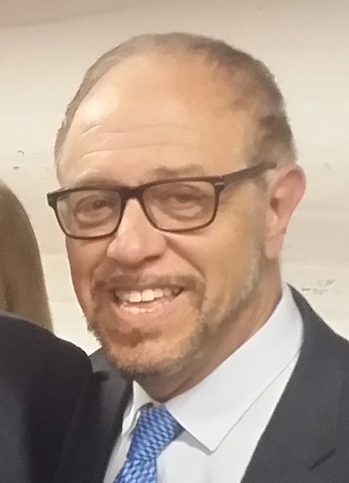 BY THE VILLAGE SUN | First he was endorsed by Black Lives Matter, whose local leader hailed him as an O.G. (original gangster).

Now Arthur Schwartz is ridin’ with the Transport Workers Union. Yes, that’s right, Local 100 of the T.W.U. is rolling with the Village Democratic district leader, endorsing him for City Council in the West Side’s District 3.

Schwartz publicly announced the endorsement two weeks ago at a virtual forum for City Council candidates in Districts 2 and 3 held by the Downtown Independent Democrats club.

“I’m honored to get that,” Schwartz told The Village Sun of the T.W.U. nod. “It’s one of the largest unions in New York City.”

Perhaps the endorsement does not come as such a shock, though, since Schwartz has close ties with the union. He was the general counsel for the T.W.U. from 2001 to 2006, including during the union’s two-day transit strike against the M.T.A. in 2005. He is currently an attorney for the union.

A political rep for the T.W.U. confirmed that it had endorsed the Village activist — though noting that Schwartz had gotten out ahead of the union’s own announcement.

“We actually are endorsing him,” Sharase DeBouse said, speaking on the record, “but we weren’t releasing it yet. We’re still participating in candidate screenings. We’re not really finished with our process.”

She noted that, with more than 350 candidates running for office in New York City in the 2021 election, T.W.U. still has a lot of interviews to conduct.

“I guess he put it out there before we wanted,” she said with a laugh, though adding, “We are definitely endorsing Arthur Schwartz.

“He’s been with T.W.U. for the longest,” she said. “He knows our issues. He’s like a fixture here. He knows how important it is for us to receive funding, and he knows the history of transportation in the city.”

Indeed, last week Schwartz was preparing to file a lawsuit for the union to keep subway token booths manned when the clerks go on lunch break.

He proudly claimed that his endorsement by the T.W.U. was “the first” by the union this political season.

Schwartz snagging the coveted endorsement, though, likely doesn’t “fit the narrative” of Transportation Alternatives and Streetsblog. The advocacy group and the publication have criticized him for filing lawsuits against the car-banning 14th St. busway and the new crosstown bike lanes on 12th and 13th Sts.

“My platform calls for buses to be free and subways to be much reduced in cost,” he told The Village Sun. “Eventually, I want there to be free subways, too.”

Schwartz noted that it was under former Mayor Mike Bloomberg — who slashed transit funding — that fares began to rise.

“Before Bloomberg, the city put $700 million a year into the New York City Transit Authority,” he said. “The state used to match this. When the state stopped putting it into the operating budget, that’s when the fare shot up.

“So much of the [Transit] operating budget became dependent on fares,” Schwartz said. “That’s why I’m saying the city and state should put $1 billion each into the operating budget.”

Meanwhile, Schwartz thinks the bike lobby has an undue amount of clout, arguing that biking only accounts for about 2 percent of the way people actually move around the city.

“Anyone that says the main transportation emphasis in New York has to be on bikes isn’t looking at how people get around,” he stated.

And Schwartz clarified…wait for it, busway backers…that he is not actually against the busway.

“I didn’t fight the busway,” he insisted. “I wasn’t against the busway ever. I was against shutting 14th St. down to all traffic without doing a proper environmental study. … I don’t see any contradiction at all.”